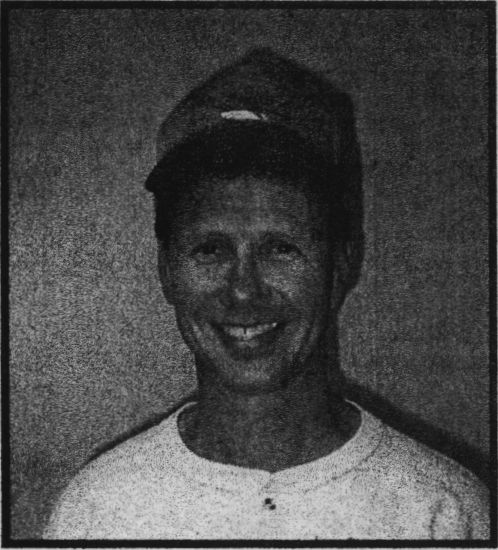 Bruce Crain, what a nice guy! If you have not had a chance to get to know Bruce, we highly recommend seeking him out at the next fly-in. He has a great sense of humor and he is fun to be around. He also knows a lot about Quickies.

Bruce grew up in a little farm town in northwest Oklahoma called Goltry, with a population of about three hundred people. He enjoyed riding horses, swimming in the farm ponds, playing the guitar, singing, playing football and running track. He also owned and rebuilt the engine and transmission on an old Cushman Eagle motorcycle with a bubble tank and a bouncy seat when he was fourteen years old. This marked the beginning of an interest in mechanical things. He had no idea at that time that he would someday be working on much larger aircraft engines.

Bruce earned a college degree in music education with a vocal major and piano minor. He was employed as a teacher for three years and as a school principal for two years in another small town called Freedom, OK.. He was often asked to sing the Star Spangled Banner over the loudspeaker system at football games, etc. Maybe at the next Ottawa fly-in, he could start the proceedings at the banquet dinner with a musical selection. What do you think?

For the last twenty years, UPS has employed Bruce. He really burns the calories while making the deliveries, especially during the holidays. He claims this allows him to keep his "boyish figure". Overall, he likes the job but at times some situations can be confrontational and there can be many hours of overtime.

Earning his private pilot's license had always been a dream for Bruce. He started training after he and his wife had paid off their house and some funding could be earmarked for the work. That was about ten years ago and five hundred hours of flight time, three hundred and twenty-five of those hours in a Q.

Bruce was drawn to the Quickie design because he felt it looked sexy. He started searching for planes that were for sale and found one in North Dakota. It had been damaged underneath the canard in a landing accident. It had to be repaired before flight but basically the plane was assembled. He flew it with a Revmaster engine for about one hundred and twenty-five hours. He later converted it to a Q200 for more speed. While doing this, he remodeled the firewall, added different wheels, brakes and made other changes. This took about three years to complete. Now Bruce is installing tri-cycle landing gear and lengthening the LSI canard from 200 inches to 228 inches producing a Wadalow canard. He feels these changes will make shorter fields possible for use. He spends approximately fourteen hours a week working on the plane. Even if it means doing something small, he tries to keep moving forward. He is not sure how long it will take this time to make the changes, but he hopes his experience will help to make the job easier. When asked if he had it all to do over again, if he would do anything differently in the building of his airplane he remarked, "No, I wouldn't. I learned lessons all along the way that are very valuable."

A friend gave Bruce the opportunity to gain some experience in building aircraft by allowing him to help build his Long-EZ and other projects at an Air Force base. This background was a big help when tackling the Q. Bruce also drew upon the past experience of constructing a fiberglass sailboat and carpentry skills learned while remodeling homes. In addition, his many math courses played a part.

The workshop Bruce used was in their two car garage at home. Bruce found using an epoxy pump was very helpful when doing large layups. Postal scales were just too slow. His Dremel tool was like a right hand. A four foot sanding spline was great for contouring the canard. It kept the surface nice and straight. Another handy tool was a digital smart level in conjunction with a jig table. Of course, every workshop needs an assortment of drills and sandpaper. He recommends including these tools on the shopping list of new builders.

Upon seeing Bruce's Quickie for the first time, some people have asked crazy questions, such as, "That thing doesn't fly, does it? You just drive it around the airport and take it to fly-ins and things. Right?" or better yet, "Are you Darth Vader?" Bruce laughs about these comments. He still thinks the plane is sexy!

Before a builder's first flight, Bruce suggests checking the plane over completely, doing many fast taxi tests and having someone follow you in the air watching for smoke or oil. He also recommends getting enough hours in other planes to feel comfortable enough to look down the runway, not at the airspeed indictor, after going past the numbers or becoming fixated in the cockpit.

Bruce really enjoys receiving the Q-Talk newsletter and monitoring the Q email list. They allow him to learn about fly-ins, see who has what for sale and other important information.

Bruce and his wife, Joanne, have been married for almost twenty-five years. They hope to celebrate their 25th anniversary by going on a cruise. They are very proud of their four children. After speaking with them, it is obvious that there is a lot of love in their home and a strong faith in God. It is refreshing to see a couple with such a special relationship.


You can order a printed copy of Q-talk #89 by using the Q-talk Back Issue Order Page.