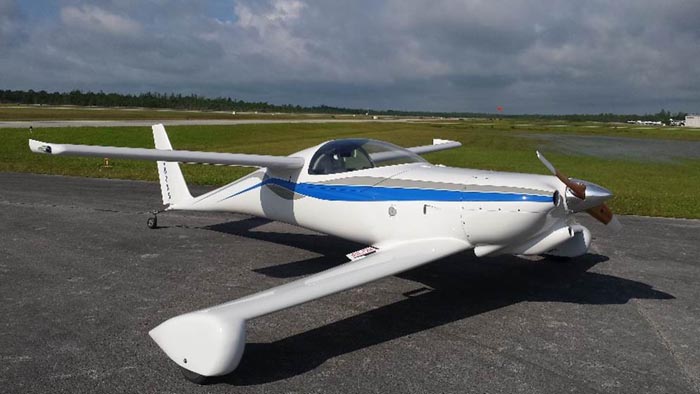 I am a 285 TT single engine land private pilot and this is my second amateur built aircraft. My first was a single seat Pitts S1-C, which later became an S1–T model after purchasing and recovering a used set of symmetrical SparCraft wings. I bought the Pitts project (fuselage welded, some sheet metal complete and a 150 Lycoming attached to an engine mount) while purchasing my Continental O200 engine for the Q200. As I was leaving the garage, the seller asked if I knew of anyone interested in finishing the project. Two weeks later, I picked it up. I finished it quickly, and made the first flight in November 1986. It had about 135 hours on it when I sold it. I made a lot of 10-15 minute flights to fly some aerobatics and return at sunset.

After my original forty hours of private pilot training, I received some aerobatic training at the suggestion of our FAA flight examiner at Kent State University. I loved it and started flying a Decathlon and a Great Lakes, and I also got some Christen Eagle time along with some time in a J3 cub on floats and Super Cub on floats and tundra tires in Michigan.

Not flying any after moving to Florida, I had my Q200 project sent from Michigan to Florida with the hopes of completing it in 6 months. Well, it took 4 years of work in the garage and 6 more months once I got it to the airport. I incorporated all of the 6-pack of kit handling improvements. Everything had to be correct. There were a lot of calls and emails to Sam H., Jim P., Gary K., Sanjay D., Mike D., and Jerry, M and others. 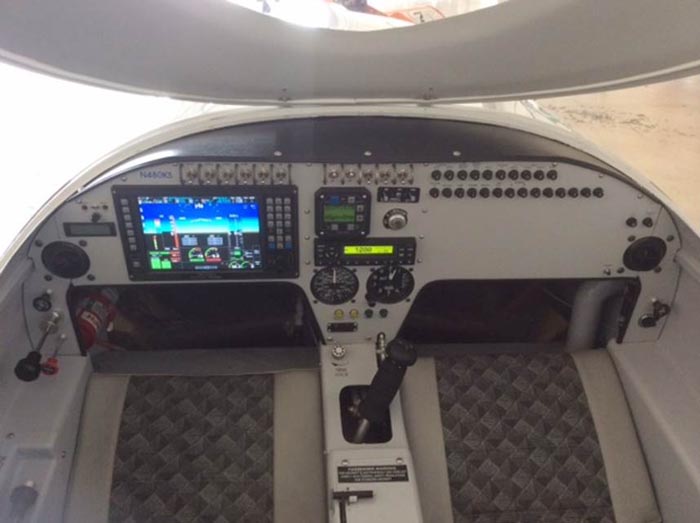 For a couple of months prior to my first flight I got transitional training in an RV6 (about 5 hours) and one flight with Mike Dwyer in his Q200. During this time I also had 17 times where I would taxi down the runway at speeds up to 55 mph. Usually I did three taxing runs per session. I was able to keep it straight except a few times where it left the centerline when removing power. I believe it had to do with P factor. I also completed the EAA Flight Advisory program. This really helped prepare me for “what if” situations of a first flight. Remember that our Quickies are truly a homebuilt aircraft and not an assembled kit. We were responsible for creating our airfoils from paper templates and minimal construction plans. We rely on each other now.

After a restless night of reviewing every bolt, nut, layup, assembly, and a second thorough preflight, I briefed my ground crew on my flight plan. All three EAA members had radios and golf carts along runway 08R at North Palm Beach County airport, Florida (F45). My wife was very calm on the outside. One of the guys was able to take her aside and talk her through everything I was doing.

My plan was to treat this like I was taking it out for another taxing test but keep the throttle in. I took off around 8:30AM on a calm morning, with the elevator trim and reflexor in the neutral positions and the C of G was neutral also. The first thing I noticed was that my elevator forces were very high with a tendency to roll to the left. The roll to the left was expected but the elevator was not. I maintained a wings level climb out to a downwind and midfield crosswind to stay over the airport at 3,000 feet. The CHT got near 400°F so I reduced the power and climb rate. Then it was suggested to climb to 5,000 feet for cooler air. My forearm was getting pretty pumped because I only used the trim wheel and not the reflexor. I did some slow flight down to 90 mph with some shallow turns. Then I returned to the airport for a beautiful 3 point landing and I let it roll out to the end of the runway. The total time in the air was 30 minutes. After a de-briefing I removed the cowling and went home. It took three days to go back out and inspect my plane and prep for another flight.

Lessons learned that day after talking with about 28 friends and my flight advisor:

Another calm morning and my wife was a little less nervous. As I taxied out I could see a couple of rain showers in the distance (south Florida in the summer), so I knew this would be a short flight. I took off from 08R again, but this time I used the reflexor after takeoff to relieve the elevator forces and it was awesome. The left was still there but I managed it. The landing again was three point but maybe slightly tail first. The CHTs stayed around 400°F. Total time in the air was 15 minutes with a max speed of 151 mph.

Another calm morning and my wife was getting used to the experience and radio jargon. My plan was for a 30 minute flight, staying within a 5 mile radius. The takeoff on 28L went well, again keeping on the centerline which I can prove because of my MGL EFIS flight data recorder. I used the reflexor for trim and climbed to 3,000 feet for some more elongated oval holes in the air. I returned for landing and did not trim the elevator like before so I had two landings instead of one. The roll out was to the end again as I landed long (1,000 foot mark). The CHTs stayed around 400°F. Total time in the air was 30 minutes with a max speed of 147 mph.

Another calm morning and my support crew had gotten smaller but my wife was there. My plan was for a 30 minute flight staying within a 5-7 mile radius. The takeoff on 28L went well, again keeping on the centerline. I used the reflexor for trim and climbed to 3,000 feet for some more back and forth ovals in the air. I did some slow flight and tested out the use of the air brake ”belly board”. The test went well and I could feel it slow me down without any noticeable pitch change. I returned for landing and decided to deploy the air brake at 110 mph on downwind. I made sure to get my base leg at 100 mph and my final at 90. I still had a long glide in ground effect but it settled onto the runway at 80 mph and I was able to taxi off at the 3,000 foot mark. The CHTs stayed around 400°F. Total time in the air was 30 minutes and the max speed attained was 161 mph.

These flights were all in the 20-50 minute range with nothing significant to report. The landings went very well with minimal amount of wind but hot days which had density altitudes of 2,000’ plus from an airport at sea level.

A beautiful clear blue sky morning with a little bit of wind 10 mph relatively down the runway. The take-off was normal and I flew my racetrack near the airport at 3,000 feet AGL. After 25 minutes I decided to return so I reduced power to about 2200 RPMs and as I got to 2500’ the engine stopped producing power but the propeller was wind milling. I turned on carb heat, climbed to 110 mph and checked all switches. Then I pumped the throttled twice and the engine sputtered and quit. I then pulled the throttle back to idle and fed it in slowly and the engine power came back so at that point I was at about 2,000’ so I headed for the airport which was 4.6 miles away. My landing was a little hot so I used all the runway and parked the plane and took the cowling off for an inspection. Nothing was missing or out of place.