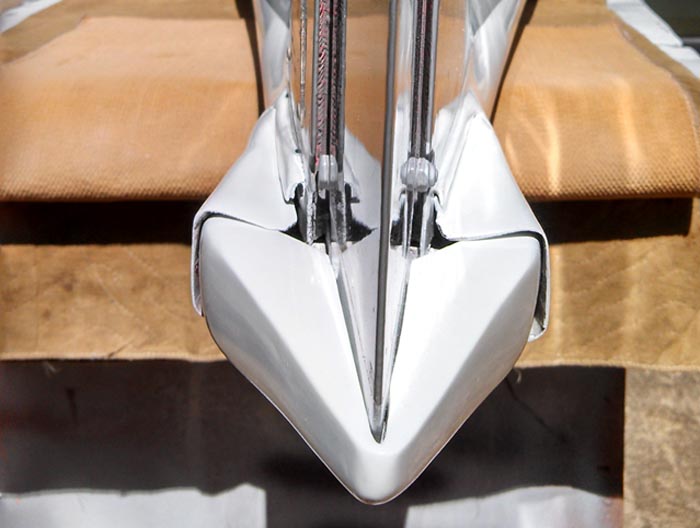 Actually, one of the locals was looking at my plane and commented on how sleek the design of the Q is; everything is so aerodynamic. Then he said, “so why do you have those ugly rudder cables hanging out in the slipstream?” While I typically have some sort of a smart-@$$ answer for most things, I was totally caught off guard.

So I began to think about it which resulted in the following.

You folks that didn’t upgrade to the tricycle gear won’t be interested because this design doesn’t accommodate all of that complex tail wheel steering, etc. 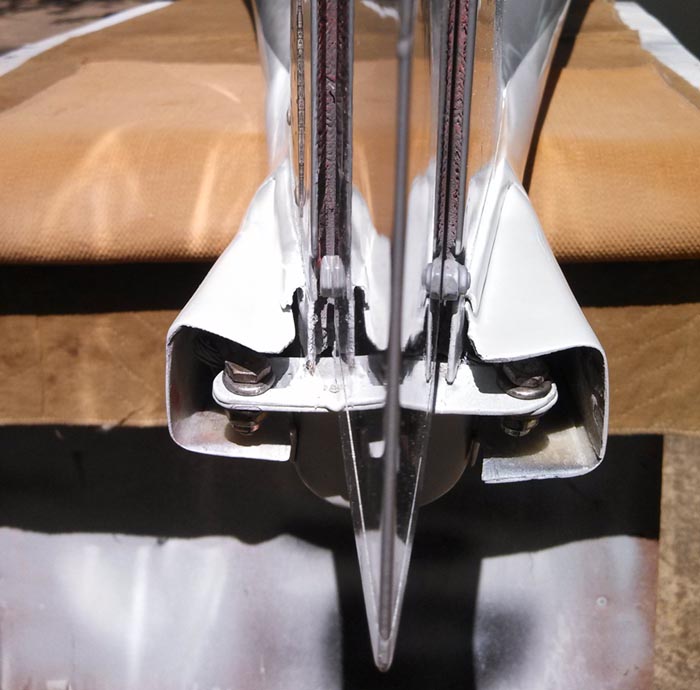 One other caveat is my rudder horn is cut to 3” across to give shorter rudder pedal throw to accommodate my too long legs. If you chose to leave yours the standard width, the fairing will be wider, giving you a different look.

I began by making the attachment platform. 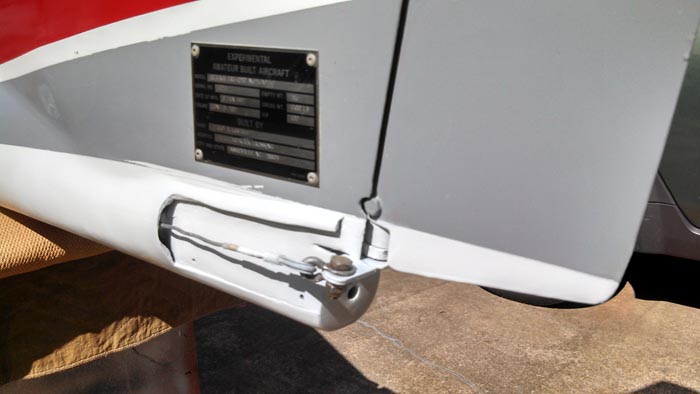 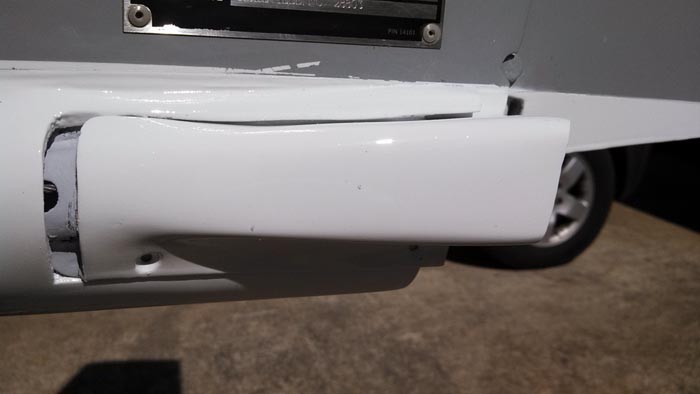 To attach the bottom of the fairing, I drilled two oversized screw holes, filled with flox and tapped course threads into the flox. Installing the side fairings amounts to sliding the fairing down the slot into the nose cone and putting in the two screws. 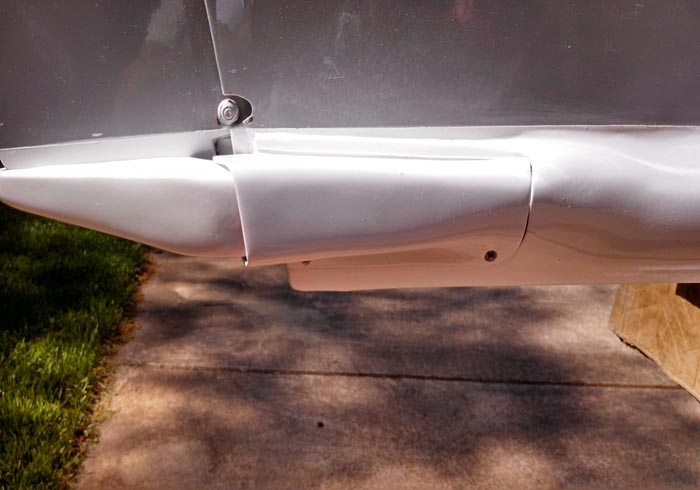 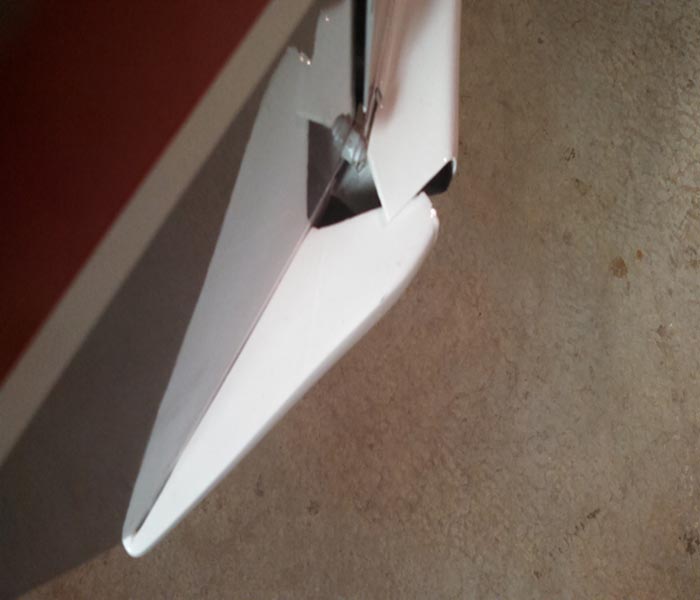 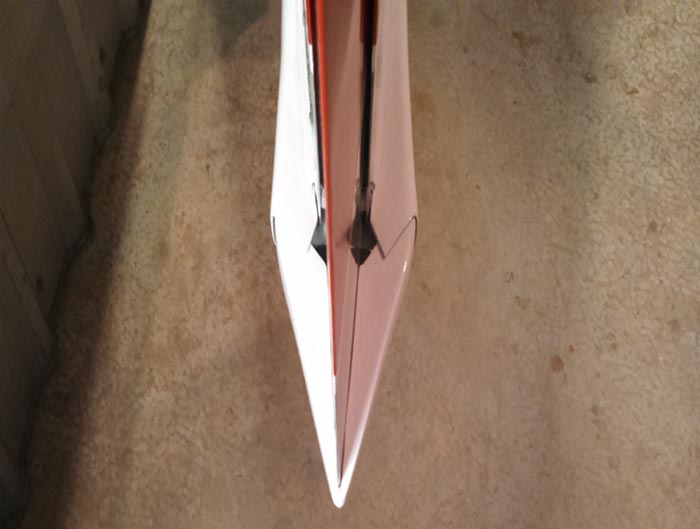 [EDITOR'S NOTE: Why do I get the sneaking suspicion that Jerry just made this sound waaaaaayyyyy easier than it actually was to construct. Somehow my home improvements never took 1/2 hour like they do on HGTV. Beautiful job though! Thanks for sharing your fairing!]