[EDITOR'S NOTE: A couple of years ago Gary McKirdy posted a tribute to Hurricane pilot Don Johnson on his 90th birthday. We were very sad to hear of Don's passing on May 27th. Gary provided the remembrance below.] 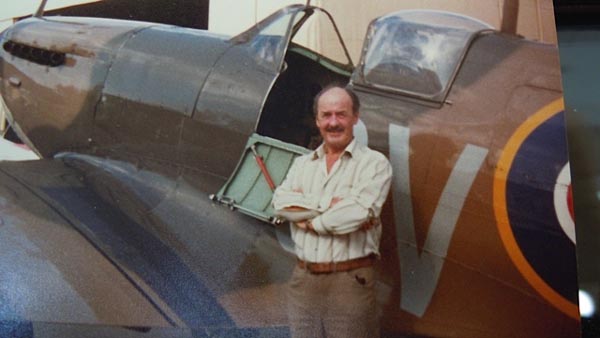 For those that knew Englishman Don Johnson I only just found out he passed away peacefully on Tuesday 27th May at the age of 92.

I saw him last year when I took him to Wellesbourne airfield and he was still alert and in independent fighting spirit on all things to do with aviation. He flew hurricanes in Asia in world war 2 and ferried Spitfires to be scrapped after the war when a serviceable one could be bought for just £50, now minimum £500,000.

I have seen some of the letters Don had to write to the then head of what was the UK PFA Popular Flying Association (now called the LAA Light aircraft association) in order to get the Quickie type on the approved list here.

Thanks to his tenacity alone he achieved that against some narrow minded opposition and, having flown over 1200 hrs in Q's I am truly grateful and recognise the debt we all owe him over here.

He enthusiastically kept a picture and video archive of all the Quickie's he came across.

Both his son's Ian and Mark flew Quickies and Mark got his license on one and had a display authority to fly the Q2 the family built at airshows!

He will be sorely missed by all those who had the pleasure of knowing him.

His was a life worthy of celebration and I will be there to represent the Q community.

For those interested, I posted this to Dan at Quickheads.com after being present at Don's 90th birthday celebration.