There was no structured format to the meeting. Each person introduced himself and told of his interest or project. There was no problem taking the entire hour and a half allowed for the meeting. Below is a summary of the discussions.

Mike Bergen gave a reminder about the Field of Dreams Fly-in in Orange, MA over Labor Day weekend. A notice was provided on lodging as there were only a few rooms left at the Executive Inn next to the airfield. Question was asked whether one could camp there or not.

Mike Bergen, Baltimore, MD, led the meeting. He has a M35 Bon anza that he has been flying and plans to attend FOD. He started a new composite consulting business, Custom Technologies, LLC, following his separation from 31 years of government service at the US Navy R&D Laboratory. He is still working on the Q200 kit after 30 years.

Sam Hoskins, owns a Q-200 with 1,875 hours TT on it. This is Sam’s 22nd year at Oshkosh and he took first place in the Sprint class of the Airventure Cup Race even with a lean injector and a strong head wind. Despite the issues he averaged 205.5 MPH. Sam runs his 60x70 Catto prop at 3,100 rpm in his race configuration. He is promoting sport air racing and told us of the Sport Air Racing League. (http://www.sportaairrace.org) Races are typically 100 to 125 miles in length and there is a category for every type of aircraft. Longer races have no penalty fuel stops. You simply time out and time in over the airport where you land for fuel. 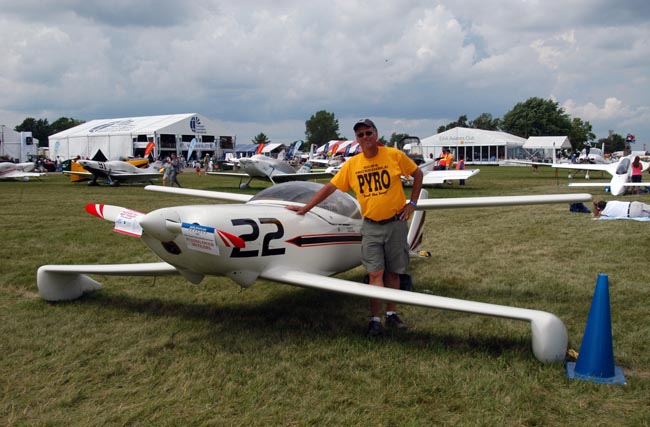 Bruce Crain flew his Tri-Q in from Oklahoma. Bruce has 770 hours on his bird and plans on being at FOD.

Bob Malechek made a surprise appearance. Bob started building an EZ with a friend, but after the friend passed away, he bought a Q-2 kit. He built one of the fastest Q-200’s in 1983 and had flown it about 1200 hours before selling it. He states, “Be weight conscious.” Eventually he and his son started building a Wheeler Express. The plane was never completed due to Wheeler’s demise and just parted it out to other builders. He recently went over to the dark side and built and is flying an RV.

Dave Peterson, Maple Grove, MN, is rebuilding a Q1. He is considering electric power and asked if anyone knew how far Gene Sheehan was with a similar project, and seeking other sources such as the Sonex folks. Richard Kaczmarek was going to exchange some information with him as well. 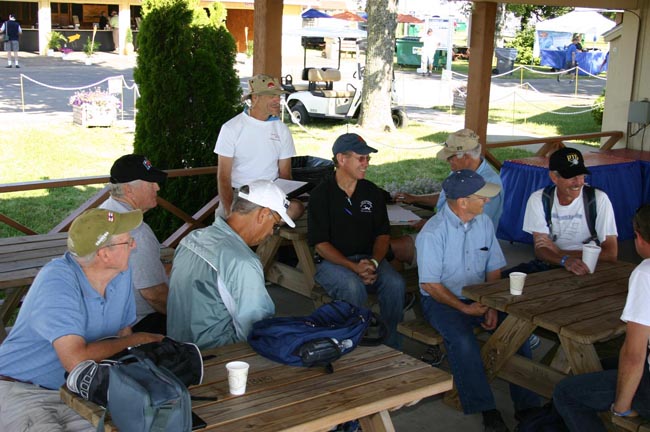 Richard Kaczmarek spoke of his efforts to support the Quickie and Dragonfly communities with parts and hardware since the resurgence of interest in these airplanes. He reported that there are five planes being built within a few miles of his airport. After the meeting he confided in me that there had been issues delivering metal parts. The vendor he was using to heat treat the parts has been installing a lot of new equipment and shut down for a while. He has since found another vendor that has a lot of experience supporting the general aviation community. Early indications are that they may be more reasonably priced. They can also support some of the other testing needs, which will reduce the number of vendors Richard needs to use, as well as shipping and handling times.

Kevin Boddicker, Luana, Iowa, has built and is flying a Tri-Q. He has around 300 TT on the plane. When asked for advice he simply states, “Follow the plans.”

Stuart McKutcheon has a kit that has been sitting for 10 years, but still interested in the plane.

Brett Gerber, Ft. Wayne, IN, was in attendance with his dad. He has built a Q200 with 20 foot wings. He has been flying for three years now and has logged 125 hours. Brett stated that he is an A & P and has a business Gerber Aviation LLC. We understand that he is working on building a Q200, Long EZ, and Velocity. 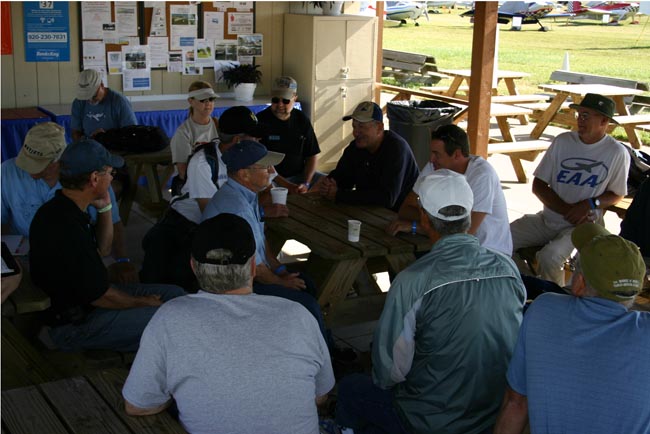 Brett's father, Ted Gerber, is retired from the US Air Force, he started with KR1s and KR2s, and has a Van's RV12. He now provides technical support to other builders.

Jay Scheevel, Grand Junction, CO, is building a Tri-Q. He has installed a stainless steel heat shield from the firewall to the underbelly. Has installed a Jabiru 3300 with liquid cooled heads. He announced that there is a possible fly in at the Converse County airport, Douglas, WY, as the Livermore guys are not doing anything this year.

Artie McDaniel, Marion, IN, Back flying a Q1 and purchased a Q2 with about 100 hours on it.

Willard White, Savannah, GA is a retired professional pilot fascinated by Quickies for over 20 years. He helped with the minutes of the meeting.

Richard Kaczmarek is willing to host the Field of Dreams next year at his airport, Grimes Field, Urbana, Ohio. He says that he has plans for an event with a lot of options. One point of interest is the Champaign Aviation Museum. They are currently restoring a B-17 Flying Fortress Champaign Lady that is being restored on the same field. They also have a C-47, B-25 and a B-26.

BTW – the meeting did not get published in the final printed schedule so some folks couldn’t find it. Had Roy known the meeting schedule he would have arranged his schedule accordingly. I spoke with some of the EAA coordinators and they apologized and stated that there were several errors this year due to new staff or staffing changes.

Airventure 2013 - Beyond the Meeting

Keith Philips, Spruce Creek, FL, and past president of EAA Chapter 288, coerced Roy Shannon to trailer his Q1 to AirVenture. Keith knew that Roy had built the airplane for less than $5K and always referenced Roy’s bird as a flying example that aviation doesn’t have to be expensive. Keith brought this to the attention of the EAA management. They helped Roy with expenses and paid for his admission and vehicle pass to the fly in. They had Roy put it on display in front of the Homebuilders Hangar Tuesday and Wednesday. Roy’s Quickie generated a lot of personal interest including a visit by Scot Walker, the governor of Wisconsin, and EAA’s Jack Pelton. 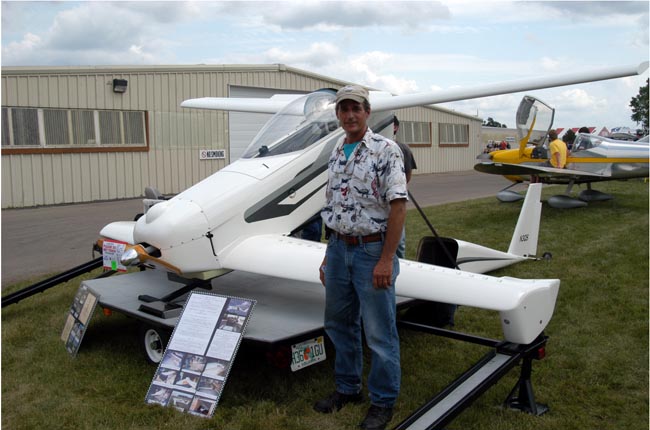 Roy had a tough driving schedule and had to leave first thing Thursday morning so he couldn’t attend the meeting.