My last progress report indicated that I was working on sanding and filling and waiting for the fifth bearing for the Corvair engine. The fifth bearing kit showed up in the early winter and I spent a tense day installing it. Of all the challenges I have faced with this project this was the most nerve racking.

For those of you not familiar with the Corvair, William Winn (the Corvair Guru), has essentially put out a service bulletin strongly recommending this engine modification to reduce the risk of a crankshaft failure. The makers of the bearing provide a tool kit that includes the specialized tools necessary for the installation. It is not a difficult process but the tolerances are very tight and getting them right was challenging. Fortunately by meticulously following the instructions I was able to reach the goal of less than .005 run out. 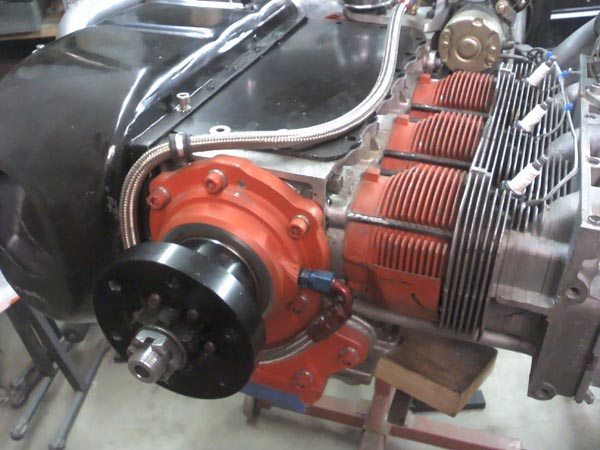 A more time consuming and unexpected departure for the project was a redesign and complete rebuild of the instrument panel. As some of you know I work at SteinAir as the “Most Senior, Junior Avionics technician”. I’ve held this position for a little over three years. It is a great place to work and I have the benefit of a whole captive collective of very experienced pilots/builders. The upside is that I have learned a lot about the right way to build an airplane; The downside is that I have learned that I could do a lot of things different and better and I couldn’t use ignorance as an excuse.

When my boss, the Stein himself, realized that I was planning on reusing the original steam gauges for my panel he made me an offer I couldn’t refuse for a Dynon D10A EFIS and Dynon EMS. 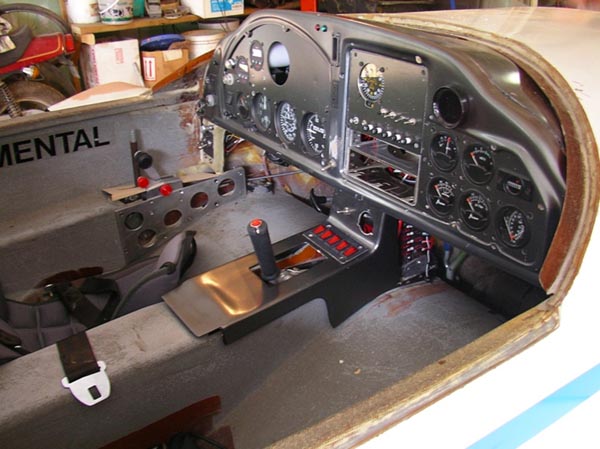 This picture of the old panel installed was taken two summers ago when I first test ran the engine on the airframe.

The panel was designed to be modular for just this situation. The two aluminum instrument inserts are easily removable from the outer glass and aluminum frame. After the instruments, switches and indicators were removed from the inserts they were digitized by our CNC tech. The outside shape of the inserts were then imported into TurboCad. Using our proprietary digital data files I was able to create a new panel design.

Some of the considerations I made when designing the new panel where aesthetic, some practical and some dictated by the process. There was an article in Kitplanes several years ago about military aircraft panel design. The most important feature I took away from that article was how the military engineers made sure that every switch was unique in shape when next to another switch or the switch was placed in the vicinity of the instrument or system that it controlled. This was to help prevent the pilot from having to visually search for a switch or worse yet hit the wrong one amongst several identical switches when they were in a dangerous situation. Many homebuilt panels are self-consciously symmetrical with rows of identical switches and circuit breakers put in anonymous banks.

In an effort to utilize the military model the dual ignition switch and circuit breakers are next to each other. Likewise the reflexor indicator, CB and switch are also placed in close proximity, and the avionics master switch and CB’s are next to the radios, ETC.

The red rocker switches for the various lighting circuits that where on the center counsel have been moved up on the panel to simplify the removal of the counsel.

After the design was finalized the CNC guys cut two new panel inserts. Before you get too hopping upset about cheating this is a service we perform for many builders and the expense to quality/time saved ratio more than makes it worth it. The cut out panels were placed in the outer frame, drilled for nut plates and mounted. 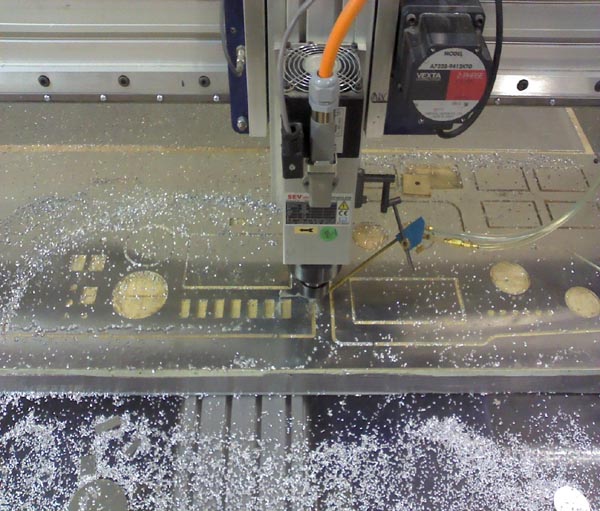 Using a wiring schematic I created reflecting the instruments unique to my panel I wired it accordingly. After double-checking all the power and grounds I applied power and configured the instruments.

The panel was disassembled and painted using the homebuilders favorite paint system, auto touch up rattle can paint. I made decals on an ALPS foil printer and applied them to the panel. It was than all clear coated.

The panel is now sitting on my desk at work waiting for me to finish painting the fuselage. This was a clean and fun interlude from the drudgery and mess of sanding, filling and priming that has consumed my summer, fall and now winter. 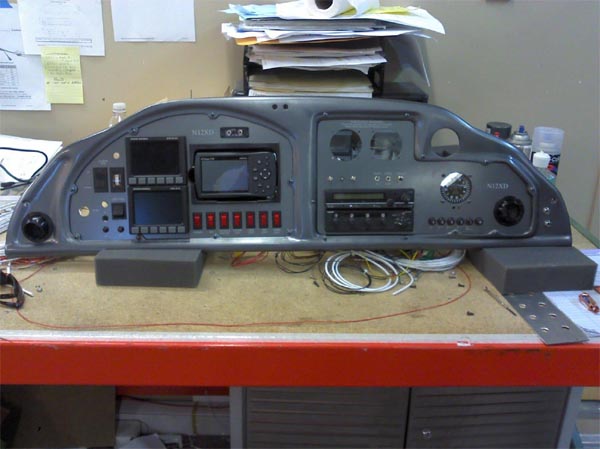