After too many years, I finally got tired of doing unusual attitude recoveries every time I refolded a chart. Time to install an autopilot.

Since I already had the Dynon D-100 and appreciated its reliability, I decided to stay with Dynon and stave off any compatibility issues. Went all the way and bought two servos (pitch and roll) and the AP74 control panel. The AP74 is overkill since everything that it does can be accomplished through the D-100, but its convenience makes it worth the extra $$$. 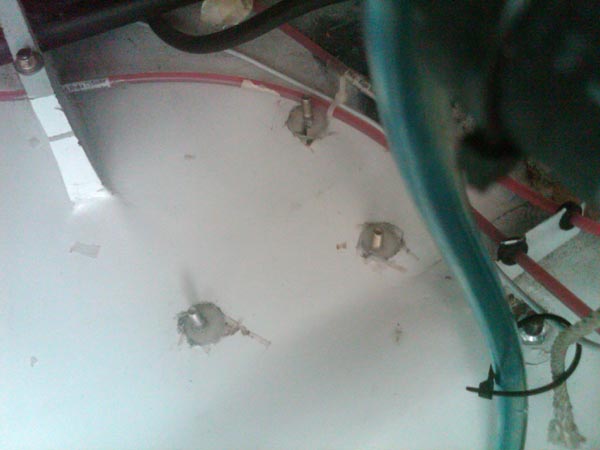 Now, where and how do I mount the servos? It was actually a very clean and easy process. I began with the elevator servo. Above is a picture of the pilot side of the canard, slightly to the right of the right rudder pedal mount. Yes, mine looks different because I had to elevate the rudder pedals to accommodate my oddly elongated body. Using the plans position for the rudder pedals, my ankles would not bend back enough to push the rudder pedals without depressing the brakes first. 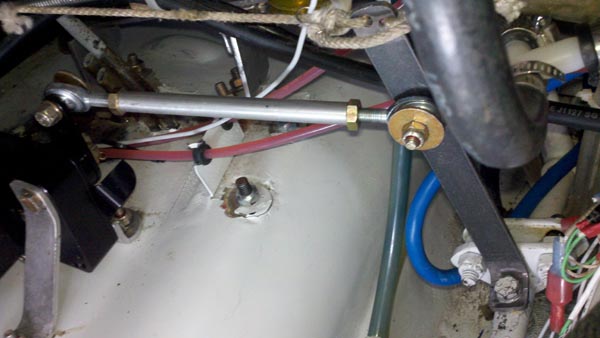 For the forward positioning of the servo, I chose the most level portion of the canard. The lateral position aligns the servo arm with the bolt that attaches the left elevator control rod to the center elevator universal joint. Yes, my universal joint also looks different.

I then fabricated the mounting brackets. After attaching the servo to the brackets, I positioned it in the chosen location and marked the canard through the mounting holes. I then drilled holes into the canard to flox in the AN3 mounting bolts, shown in the first photo. After pressing the flox around the mounting bolts, put release tape on the bottom of the mounting bracket and on the canard around the base of the bolts and gently place the servo, with brackets, over the bolts onto the canard. This does two things. It smashes down the flox to make it smooth with the canard and makes sure you can lift the servo vertically off of the bolts for future removal. I chose not to leave the servo on the bolts while the flox set up. My luck would be I would bump the servo, the bolts would move out of vertical and then I would not be able to remove the servo. This way, if I did unknowingly bump a bolt, I would only have to dig out the bolt and do it over. I felt that approach to be easier than trying to get behind the servo to cut off the back bolt should it have moved out of vertical. 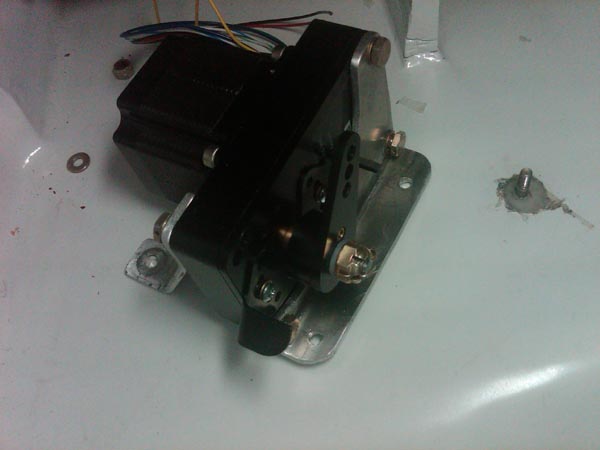 The next step was to connect the servo to the elevator. I simply bolted a strap vertically to the elevator bolt at the universal joint and connected the push rod.

Now on to the aileron servo. How you construct this bracket will depend upon how you built your reflexor mechanism. Mine was simple since my reflexor arm moves vertically from the center of the aileron control arm. 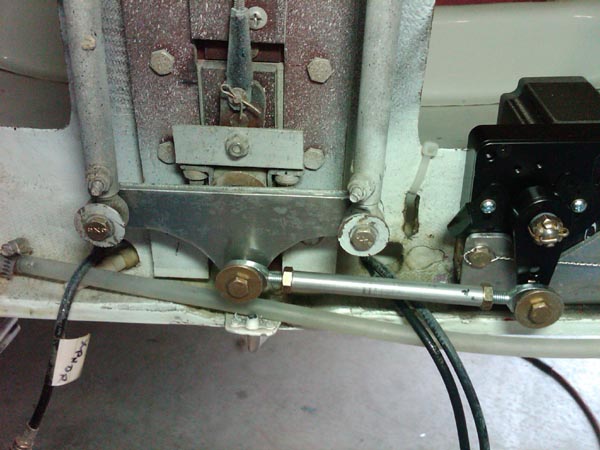 I chose to mount the servo at bulkhead FS95, to the right of the aileron control rod. 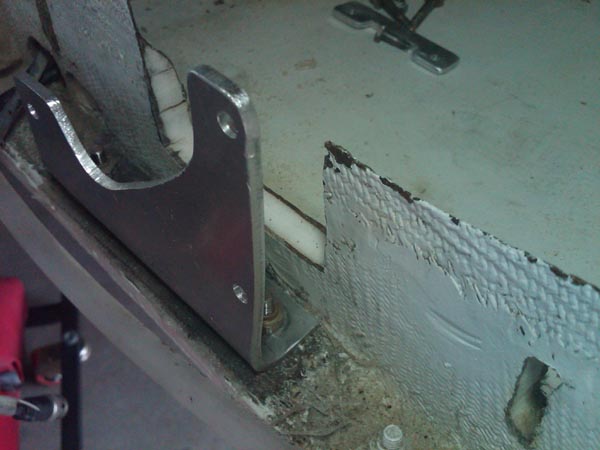 With the servo extending into the luggage compartment. 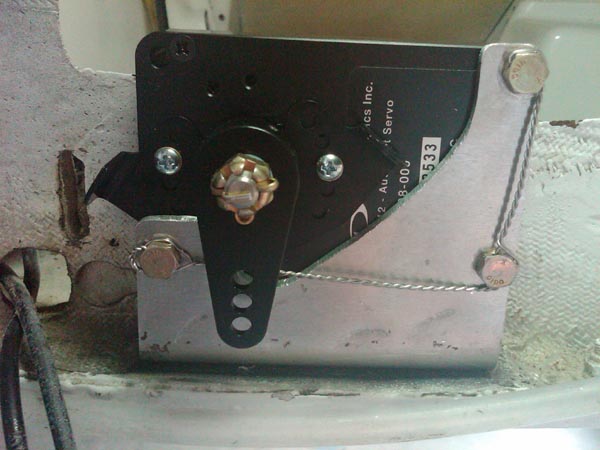 Note that the fuselage beneath the servo bracket needs to be reinforced with several layers of fiberglass. So that I wouldn’t have to do any repainting of the bottom, I bored down through the fuselage foam where the mounting bolts were going to go and positioned the bolts vertically with bolt head directly on the bottom skin of the fuselage. Flox was then squeezed in around the bolt like was done on the canard mounting bolts and several layers of fiberglass were placed across the surface on the inside of the fuselage, the width of the mounting bracket.

All that remains is to fabricate the flat plate that connects the aileron controls to the aileron servo. I butted it up against the original connecting arm to the aileron pushrods. Wire it and calibrate it and you are on your way.

I can now fold charts without making myself airsick. Actually it can make cross-country flights rather boring. But I now get there faster because I can finally fly in a straight line.