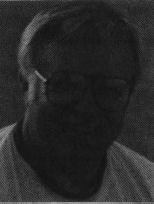 Let no one be mistaken, this newsletter is biased in favor of the QBAer. It is biased for your safety, your money's worth and your joy of flight. I make no attempt to sugar coat the hard lessons learned from the mistakes of the designer, the marketer, the parts supplier, the builder or the pilot. There are some hard lessons in this issue of QUICKTALK. For some they will be disappointing, for others, undeterred, they will be enlightening.

Regarding Bob McFarland's fatal crash on the way to Sun 'N Fun, QBA has received some unofficial information that the NTSB will be evaluating. Witnesses confirmed heavy rain, winds and turbulence at the time of the accident as well as the loss of the right aileron in flight, after which the aircraft was reported to pitch up and roll inverted to the right with a continued spiral turn until impact with the ground.

The man who removed the bodies from the aircraft reported that the younger man (Firestone) was in the left seat and the older man (McFarland) was in the right. The medical report of an apparent heart attack suffered by McFarland could not be definitive as to whether it occurred before or after the loss of control of the aircraft.

Investigation of the wreckage revealed that the right rear wing broke approximately 10" outboard of the fuselage, folding upward, thus causing the separation of the right aileron just outboard of the AN-3 attach bolt. The wing had been previously damaged, possibly a bottom surface crack, when the aircraft was flipped inverted after landing. A repair had been made by apparently cutting a Y section from the leading edge and removing the orange foam in an area about 10" wide from the leading edge to the slot core at the rear of the wing. After glass repair, this area was filled with what appeared to be X-40 two part expanding foam. The leading edge V was then glassed over and painted. It was apparent that the two part foam did not completely fill this void and it was also apparent that there was no bonding of the top skin to the two part foam.

It is likely that the accident was the result of structural failure of the right rear wing just outboard of the fuselage junction when this repair was subjected to the high gust loads imposed by the turbulent weather.

In QUICKTALK #15 the non-fatal crash of N419Q into a wheat field resulted, among other things, in a compression fracture of the right rear wing on the bottom surface at about the same distance from the fuselage juncture. Anyone experiencing a mishap that might place unusual loads on the main wing should examine this area carefully.

Any repairs to flight surfaces should be preceded by consultation with someone well experienced with composite structural properties and bonding. For us, this should AT LEAST include a call to Gene Sheehan at QAC. At best, such repairs should be followed by a load test.

In general, if pour-in-place foam is not poured into an area from the top, there can always be suspicion that the void is not completely filled. Knowledgeable people I've talked to in the past about airfoil repairs feel that such repairs should be done by forming close fitting plugs of the same material as surrounding structure. This is only one consideration in such repairs. GET KNOWLEDGEABLE ADVICE, preferably from more than one source.

Readers will recall last issue's letter describing the in-flight structural failure of a canard on a Dragonfly type aircraft built by Mike Quigley. I received a positively scathing personal rebuke from Rex Taylor for printing that letter (as I opened Rex's letter, the steam coming out of the flap tipped me off that something was coming). Rex's rebuke contained 10 pages of enclosures, apparently meant for his builders, hotly denouncing Quigley, his airplane, Dragonfiles and QUICKTALK (methink the man doth protest too much). QBA member Quigley wrote his letter to Dragonfiles, where I found it and determined that it had some lessons for all of us.

So that you may better know the rascal that writes QUICKTALK, let me share some of Rex Taylor's opinion with you: He cites my "...zeal to rake muck and create problems where perhaps there are none..." and further, "I thought you were a person of integrity who really wanted to do something of benefit to the Sport Aviation community and were concerned with the safety and well-being of your fellow home-builders...I was wrong and your main thrust is to see how much commotion and furor you can raise, generate a lot of ill feelings, mistrust and doubt in the minds of the homebuilders about the integrity of the designers and manufacturers who serve them." I did all that? Gee. "In closing, I did feel that the color yellow...of your Quicktalk newsletter...matches the brand of journalism that you dispense." In his enclosures to his builders, Taylor tags QUICKTALK as "one of the little scandalmonger newsletters... (I kinda think that's cute) that twists incidents into a big scare."

So...now you know...finally...I am just the unconcerned little integrity-less scandalmonger who scares you with phony twisted stories. Gosh, it feels wonderful to have the truth out - a great weight has been lifted. NOTHING is wrong with the airplanes you are building and IF and when something does happen, THE DESIGNERS AND THE MANUFACTURERS WHO SERVE THEM WILL BE THE FIRST TO NOTIFY YOU. So...relax...breathe easy...enjoy the blue sky, everything's right with the world. B.S.

Aside from all the smoke and heat here, what happens over at Taylor's Viking Aircraft and the Dragonfly is only a side note to history for the QBA and Q-builders and we have better time to spend unless we can learn something of value to us. And we can.

1. It is easy to sit cheerfully objective on the sidelines until your ox is gored. Rare designers, like Rutan, face everything in their newsletter including accident reports without a hot and bothered lashing out. Therefore there is no need for a competing independent newsletter. NO design is perfect and acting like it is shows silliness.

2. Quigley's failure occurred on an aircraft modified to a TRI-gear. The hottest topic of interest around here now is how to construct a Q-200 canard WITHOUT the expensive tubular carbon spar. Common sense says that the canard doesn't have to be as strong if it is not going to take the landing loads imposed by the gear on the tips. There is a strong, almost genetic inclination among homebuilders to SAVE MONEY. Some creative individualist is going to try an LS(1) canard WITHOUT the carbon spar. Will he use careful and sound engineering or eyeball engineering; will he succeed or will he die trying? Quigley almost screwed himself into the ground...permanently. What caused that and how did he build the canard? Can a lesson from him save one of us in spite of Taylor's Brownian antics?

Taylor has several beefs with Quigley's aircraft: Quigley flew previously at 240 mph with no flutter. "240 mph is 60 mph above the absolute red line 'never exceed speed'...[Quigley's] airplane...was in my shop for about 2 months...he took it to a paint shop where it lay outside with the unpainted center section of the canard exposed to direct sunlight for...almost 8 months."

Ed Hooper, a design engineer took a section of Quigley's canard near the failure and did a burn out test. In this test, the laminated structure is put in an oven and the epoxy is burned away leaving only the glass and carbon so that these layers can be peeled away and counted and their orientation analyzed. Taylor, citing Hooper's report, says Quigley put in only 2 or 6 required layers of carbon fiber in each spar cap. He used one rather than the two required layers of BID that cover the upper spar cap, wrap around the shear web then cover the lower spar cap. Taylor also says some cloth was oriented improperly.

Ed Hooper's "PROBABLE CAUSE" - "The structural damage was obviously caused by a very large up-bending load on the canard."

"From our description of the sequence of events, it is possible that the elevator/canard system encountered flutter and that you induced a very high up-bending load by the reflex action of pulling. Vigorously bent members in the elevator control system would support this".

"However, the opposite scenario is also possible. To wit, that the structural damage occurred first, allowing a highly weakened canard to flutter."

I wrote Mike Quigley, a QBAer, asking him if he'd care to respond. He wrote: "As for my canard - one of the former TASK employees admitted to jumping up and down on it after it was painted to show friends how strong it was. On separate occasions he did this, not realizing the possible effects. The probability of a small delamination caused by the impact of his heels in the spar area, the continued working of this stress point over 26 flight hours, who knows for sure. But the layups of glass and graphite were exactly per plans...this was my Dragonfly and doesn't reflect upon other Dragonflys or any other design...I'll make sure you get a copy of the canard info - the investigative version, not only R. Taylor's diatribe".

Remember, what you folks are building is an airplane:

1. Treat your flight surfaces like an airplane part - Not a workbench, diving board, etc. Don't bang them around in the garage or in the move to the airport.

2. Don't deviate from the plans unless you have QUALIFIED, KNOWLEDGEABLE help. Don't do eyeball engineering. Besides Rutan, many other engineering people know how to design composite structures. Your choices are not limited.

3. Test flying is not just your obligation to bore 25 or 40 hours worth of holes in the sky. Do it with care and patience and come back with performance NUMBERS that you and others can reliably refer to later.

4. EXPERIMENTAL, required in bold 3-inch letters on your airplane is a short, short cut to avoid government certification. EXPERIMENTAL means there was only ONE prototype built and test flown. An experienced test pilot is NOT required, and the EXPERIMENT is not over even for the prototype. EXPERIMENTAL means that if you don't have the same background, skill and equipment as the designer, your copy may act substantially even catastrophically different.

5. Don't blame someone else when you screw up. (And tell your potentially grieving widow not to be so hard on the survivors either).

You can order a PDF or printed copy of QuickTalk #27 by using the Q-talk Back Issue Order Page.