[Editor’s Note: Mike Evans came up with a great idea to share not only his building triumphs, but also some of his building boo-boos. If you’ve gained valuable building experience by learning what NOT to do, please send the story to me for inclusion in a future newsletter. Oh and. . . Thanks again Mike. . . Great Story!] 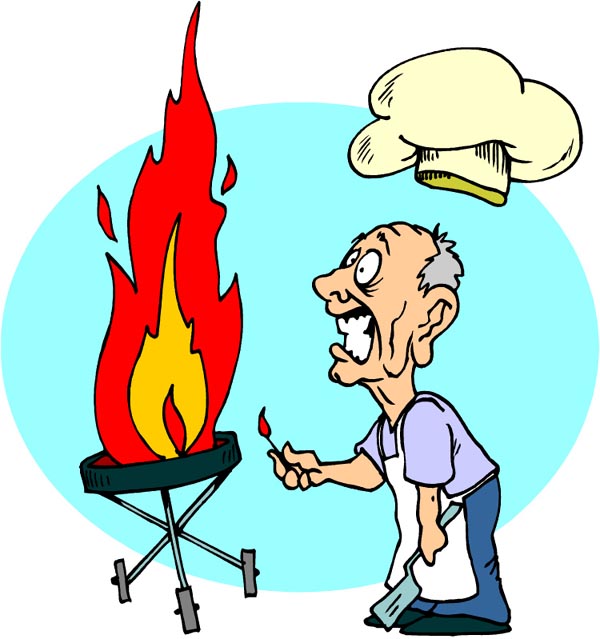 We all try to learn from other's flying mistakes, but what about the building mistakes. I have one that I could share - a little embarrassing, but instructive to others, I'm sure. Let's see if anyone else has the guts to bare it all to such a critical crowd.

HINT: My embarrassing event was trying to mount a new canopy to my old canopy frame. For some reason, after sitting around for more than a year, it warped out of shape - it was actually about 1 inch too wide in front. I decided to try re-setting the glass by heating it up so that it would take the new, proper shape.

Well, I realized that I didn't want to heat up the Plexiglas, so I built an oven in the driveway that only encompassed the frame - OK so far. Then I clamped the offending "width" so that it was clamped about 1 inch too short, figuring that after heating, it would spring back about right.

The fatal step was trying to heat it up. I thought the cheap insulation I got and Home depot would be fine for confining the heat and I would use my wife's electric heater from the bathroom. I also hooked up a digital temperature gauge to monitor the glass.

Well, the heater wouldn't heat above about 140 degrees F - safety feature! Now what to do.

I did the only “smart” thing I could think of at the moment (after I ran out of ideas), I asked my wife!

She said why don't you start some charcoal and put that inside. It sounded a little scary, but I couldn't think of a better idea, so I did it. Seemed to be working fine, especially after I added a little wind with a small fan inside. The temp. ran up to about 175 in less than 20 minutes. I figured if I could let it soak for an hour, I should be good.

However, after another 15 minutes, I noticed that the insulation that I used was starting to melt! Then a little later, through a melted hole, I actually saw some flames!

Out came the hose and I doused the whole thing. I had put the charcoal in a metal pan and that on top of a metal grill, which in turn sat on some plywood. Well, the heat radiated to the plywood and set it ablaze.

The good news is that I managed to save the frame (although it did smell sort of funny for awhile) and when I took the clamp off and did a trial fit, it was much closer.

By the way, I tried a "melt" test on a piece of my old canopy in the oven (with my digital temp gauge). It softened to the point that it was very malleable at 210 F, but was still quite firm at 200 F. I had tried looking it up on the internet, and got all kinds of different temperatures!

Well, I hadn't planned to go into all of this here, but what the hell.