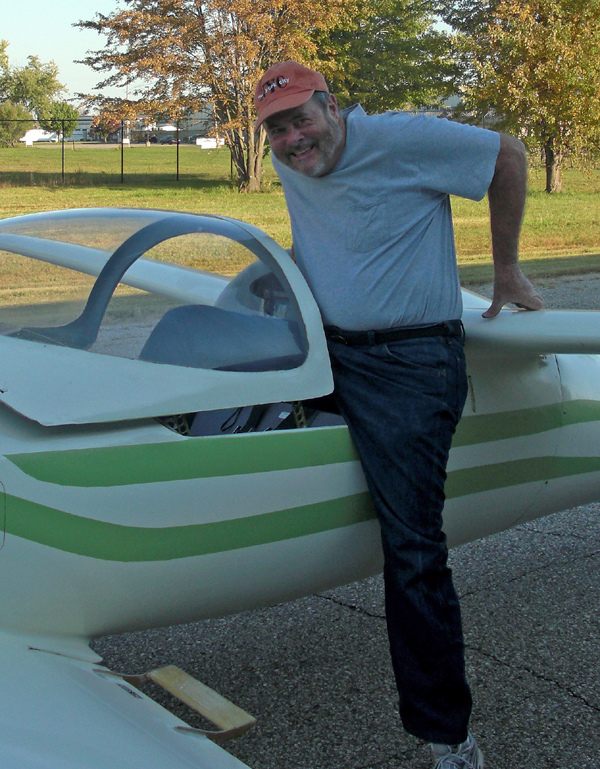 We were all very saddened to learn of the death of our good friend Jerry Brinkerhuff on October 6th 2011, while test flying his Q-200. I personally would like to remember Jerry as he appears in the photo above, taken after his successful second flight. He’s grinning ear to ear, after incorporating further feedback that he received from members of the group at this year’s Field of Dreams Fly-in held in Marion, Illinois.

I first met Jerry last year at the Field of Dream Fly-in held in Beatrice, Nebraska. He seemed very excited about the progress being made on his Q at the time, and even more eager to learn from those more experienced at the event.

I got a little extra time to talk to Jerry, because we snuck out to Subway to get something a little healthier to eat and then brought it back to Arby’s where everyone else was eating. In our brief conversation, it was obvious that he was a quiet, thoughtful individual, who was infinitely curious. He was interested in what others had to say, and generous with his own experiences as an A&P mechanic.

Since that time, I had exchanged many more e-mails with Jerry to gauge his progress. He was very excited about his first flight, and even more excited by the “trophy” that he received from our little group of like-minded individuals!

Our thoughts and prayers go out to his family and we will all miss him a great deal.