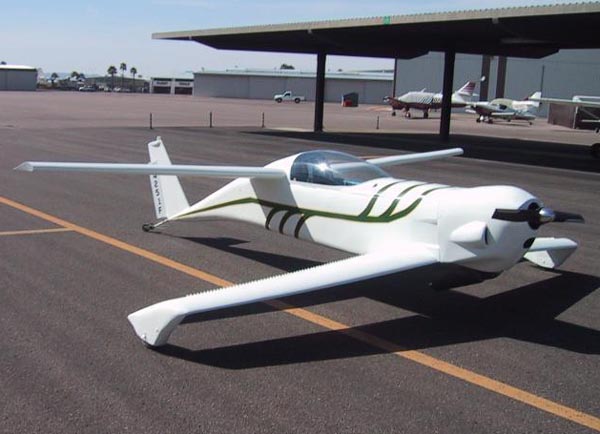 I had a health event this weekend - I had to have my buddy Steve help me look for my eyeballs so I could find my jaw where it fell on the floor Sunday. Steve and I flew to Freeflight Composites in Colorado Springs (00V) so I could ferry Steve's Long EZ home after FFC resurrected it. I wandered through their shop and there it was! N4251F--no kidding. Burral Sanders (the owner of FFC) was thrilled that I knew this plane since he has to return it to service and I'm thrilled that it will be coming back to life. The previous owners have not been kindto this little one. Burral wants me to test fly it so I'll have to get backon the tailwheel horse again too.

I bought N4251F as a wreck in '93 after seeing the Super Quickie article in Kitplanes. It came with the Onan installed and a Rotax 503 DC in the box. At the time Howard Hardy had a Rotax Quickie and he and the QBA mentored me through the restoration and engine change. Among many things I found was a completely fraudulent Weight and Balance and a "cancel this N number" form from the original builder with a note scribbled on it stating that "this'aircraft' will never fly again--ever". 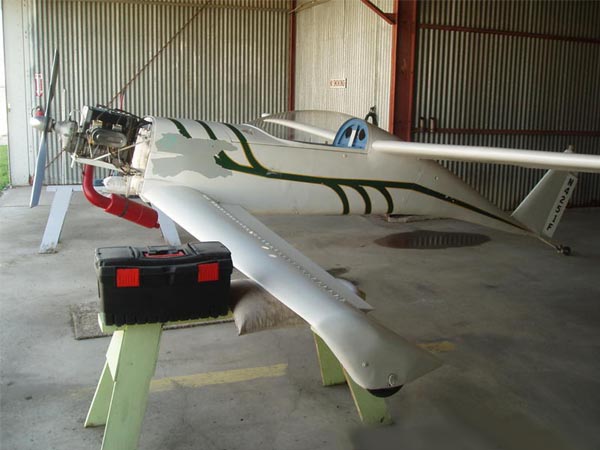 I spent about a year and a half coming up to speed on composites, Rotax engines, aircraft ownership and test flying with many thanks to the late Howard Hardy and test pilot Billy Mitchell for keeping me out of trouble. The first flight was in the summer of '95. I put about 220 hours on N4251F and had a great time, what a fantastic little airplane. In the fall of '98 I did the first flight on my Long EZ and didn't fly the Q much after that. I think I sold it in Y2K with a fresh overhaul and condition inspection for $6K (that's right, a flyingairplane --delivered--for $6K, but I needed a new engine for the EZ)

I'm about to turn 1000 hrs on the EZ now and just bought a Solitaire sailplane that needed a better home. I 'hain't seen a Q-bird in the air since I sold that'n. 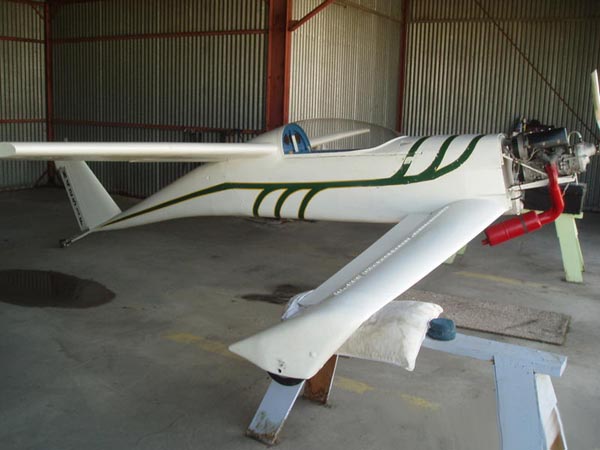