Kevin Boddicker sent in this report about upgrading his alternator during his last Annual Condition Inspection. After reading the report I thought it pertinent to show you the graphic on the tail of Kevin's beautiful Tri-Q! You can read the full report below. 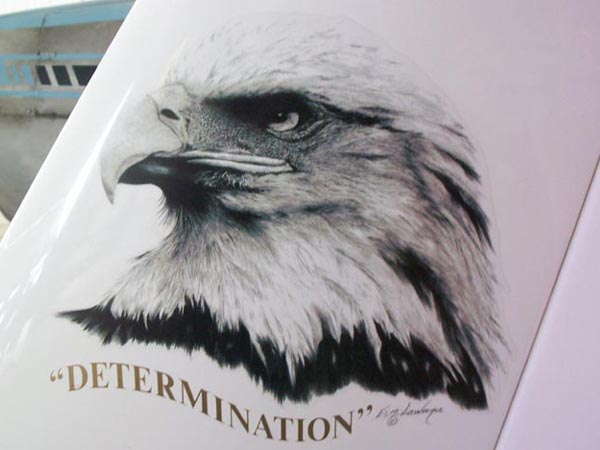 I just finished my annual condition inspection. While doing so I installed a Plane Power alternator. I decided to change out my ND IR alternator for a Plane Power DN (I think) IR unit. 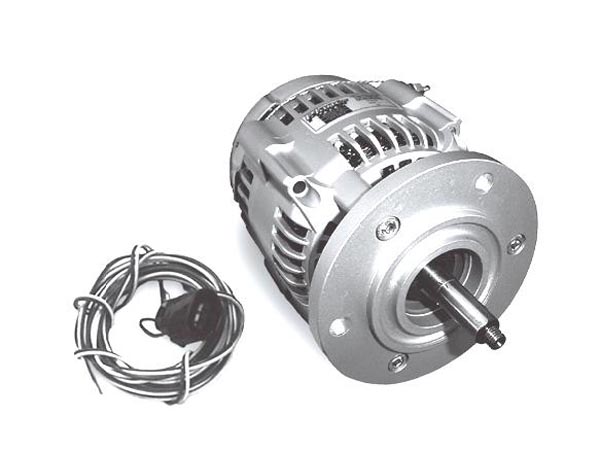 Why you might ask? In the past there have been some incidence of the bearing in the adaptor plate being suspect. This only applies to the O-200. It seem that the distance from the alternator to the drive gear is considerable, and has raised concern. I have 190 hours on the old system, and promised myself that this year at OSH I would bite the bullet and get a replacement. I did just that. I then furthered that promise to include changing it out at annual.

I had to check with Bob Nuckolls about the change, as it would leave me with two crowbar over-voltage systems. Bob suggested I get rid of all the fine parts I used my hard earned dollars to purchase a few years back. Removed the OV sensor and associated wiring, the alternator B lead contactor and associated wiring. Run the B lead through the ANL series limiter and hook up the field wire. Sounds easy enough. I hate removing the engine! But a guy's gotta do what a guy's gotta do.

The new unit came with all the proper gaskets and wires. So off comes the engine. Off comes the old alternator. Clean the gasket surface, apply the sealer and put it back together. Done.

Wait the B lead is going to hit the bottom of the mag box. Easy enough. Just rotate the alt to the next position. After all, the bolts in the accessory case are 120° apart.

OK not to worry, just rotate the adaptor plate on the alternator 120°. There's more than one way to skin a cat. Clean all the gasket sealer off the items, including my hands. Rotate the plate, re-apply the gasket sealer. Install. Done.

Now the boss for the bolts that holds the two halves of the alternator together is hitting the tach drive. ARGH! Not to worry. Just rotate the mounting plate another 120° and let her rip.

Now the plug for the field wire is hitting the back of the mag box, and will rub in flight.

OK I can rotate it back, file off the boss some, and make it clear the tach drive. Off with the engine again. Again with the gasket sealer cleaning and re-application, but when I went to pull the field wire plug out of the alternator, it was evident that I had not pushed it in all the way to seat it. My mistake, but education costs. With the plug inserted properly it did clear the mag box, just. Got the mags timed and put things back together. Fired it up and hit the ALT switch.

Much to my surprise and astonishment the Alt, Alted. The new unit seems to be better able to produce more voltage at lower RPM than did the old unit. I am so far happy with my decision and education.

So this admitted series of blunders is for your benefit. Please learn from them. If not, be prepared to re-pay for the education!