After a very wet, rainy spring, the fourth annual Mattoon Fly-In turned out to be even better than many had expected. The weather was actually agreeable for the event. We were very happy to see ten tandem wing aircraft on the field and another 10 Spam-cans. There were well over 50 builders and pilots milling around, getting acquainted, or reac-quainted as the case may be, checking out paint jobs, interiors, engines, or new instruments. Noah would have been proud of the two Quickies, the two Q200's and the two Tri-Q's that were able to attend. The D-Fly guys had one Mkl, two Mk2's and a hoop landing gear.

Early on Friday afternoon, as people were beginning to gather at the Mattoon Airport, we met at Steve Laribe's hangar. Steve had his sexy 1955 red TR-2 on hand and at times that car got more attention than the planes in the area. Kevin Boddicker's teenage son, Jeff, got pretty attached to its sleek lines and could be seen practicing sharp imaginary turns while seated in the car. During a conversation with another fellow that was taking pictures of the car, I discovered that he had owned a TR-3 in the past just like I did. This allowed us a chance to stroll down memory lane. 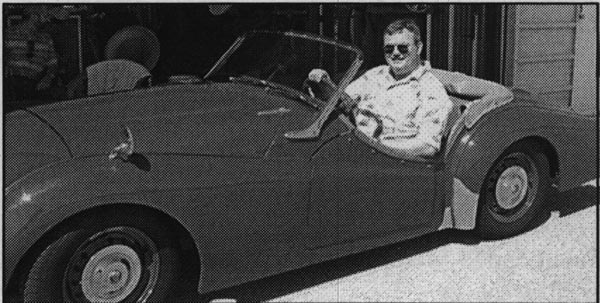 Keith Welsh told the group that he had received an email from Jerry Marstall in North Carolina saying that due to a stalled front, he would not be able to join in the fun. This bit of news caused many long faces. A couple of hours later, somebody shouted that a Q was preparing to land. It was a Tri-Q. At a closer look it had familiar stripes on the sides and the pilot was sitting in the right seat. It was Jerry Marstall after all. Seems that while watching the radar, he had spotted a very small gap to make a quick departure. It worked. He had to dodge a few raindrops and follow some rivers to keep clear of the cumulous granite (a.k.a. mountains) in North Carolina but overall the weather turned out to be a non-factor. He called his wife, Nancy, when he stopped for fuel and she said that 30 minutes after he left, the bottom fell out of the sky and it had been raining since. Until recently, Jerry had some intermittent problems with his plane that prevented him from leaving his home airport. Congratulations, Jerry, for staying on course, conquering the engine problem and flying to Mattoon. 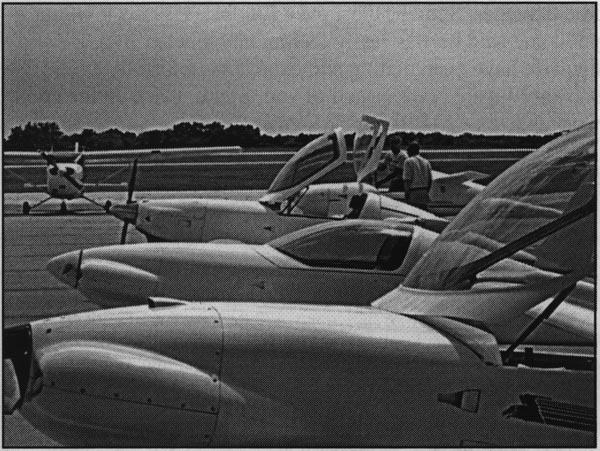 Paul Fisher and son, Roy, flew in on Friday. Paul had recently replaced his engine with Art Jewett's 0200. He said that he was chasing down an oil temperature increase of about 10-15 degrees when compared to his old engine.

Keith Welsh displayed the fruits of his labor on his newly reworked Quickie cowling and reported that he is finally seeing temps where he wanted them. He has plans to remove the engine this summer and make some changes, but hopes to have everything reassembled again in time for the October Sullivan fly-in. 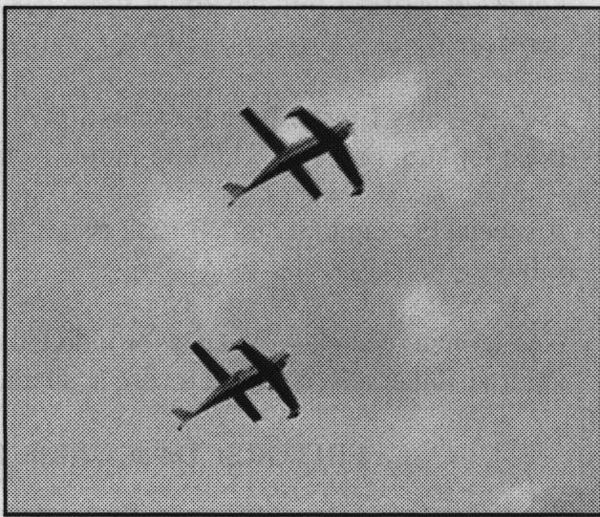 In the cool evening air, several pilots took to the skies to showoff their birds. Most notably was the Quickie formation passes by Keith Welsh and Terry Crouch. People were impressed by their "parallel zoom maneuver" after takeoff. On Keith's signal, both pilots both pulled back hard on the stick and climbed into the sky side by side. Those little planes can move! 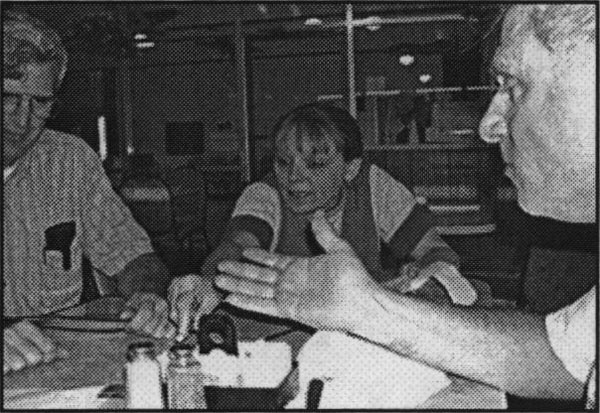 We ate all the meals at the restaurant located on the airfield. You can just imagine the chaos of having so many guys descend upon a place at the same time. They did a good job of keeping up, though. One of our waitresses, Debbie, took it all in stride. She was a good sport. Rich Goldman was one of her favorite patrons. Yeah, right! He hassled the heck out of her. As more guys poured into the room, Debbie was heard to say, "You mean there are more of you?" The picture tells it all.

Late Friday night the mire shadow of Spud Spornitz appeared in the hangar. Spud has lost over 100 lbs! He was looking good and said he was really feeling much better, too. He and his wife have been dieting and exercising faithfully and it shows. We are really proud of you, Spud. Keep up the good work.

Sam Hoskins thrilled the crowd on Saturday with his newly souped up 0200 when he roared above the runway in a very high-speed pass. Later Sam revealed some of his magic by removing his cowling to show his new fiberglass plenum baffles, totally rewired electrical system and brand new stainless steel exhaust stacks. Sam has been spending much of his free time preparing for the Kitty Hawk to Oshkosh race slated for the end of this month. Last year there were only three entrants in the Sprint class for his engine size but this year the field has widened to twelve. Sam will be the lone Q200 amongst mostly EZ's. Good luck, Sam! Show them what a Q200 can do. 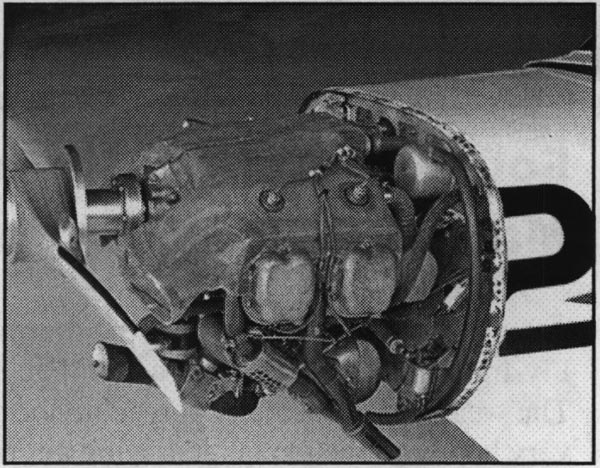 Jeff LaTempt, who is coordinating the fall fly-in this year, drove in from Missouri on Saturday with his wife, Jill. She must really love the guy because Saturday was also their wedding anniversary. We were very honored they chose to include Mattoon as part of their celebration.

Speaking of wives, Vickie Knapp, Peggy Born and Susie Richardson found an opportunity to go bargain hunting at an outlet mall not far from Mattoon. Many thanks to Peggy for organizing the trip. They had a great time. Other wives were in and out of the airport and joined the group for meals, etc. It was good to have them there.

Larry Koutz and Glen Bankston drove to the event this year. Larry has been plagued with low oil pressure problems on his Q200 and has decided to replace it with a Corvair. He has already purchased a couple of engines and he is in the process of making the conversion. Larry's buddy, Glen, is also interested in Corvair engines but wants to mount it on a D-Fly. In fact, Mattoon was just one stop for the boys from Georgia. They were trailering a complete Corvair car that they purchased while on the trip and they planned to pick up a partially completed D-Fly on their way back home.

For those who attended Mattoon in the past and saw the Howard aircraft in the hangar next to Steve Laribe's, you will be interested to know we had a chance to see it fly. The owner made a repair to the main fuel cell and reinstalled the tank that weekend. It has a complete IFR panel now and has logged over 80 hours. The 450 hp radial engine sure likes the fuel, though. We learned that it takes a whopping 136 gallons to fill that baby up. That would be enough for a Q1 to fly for three or four years! 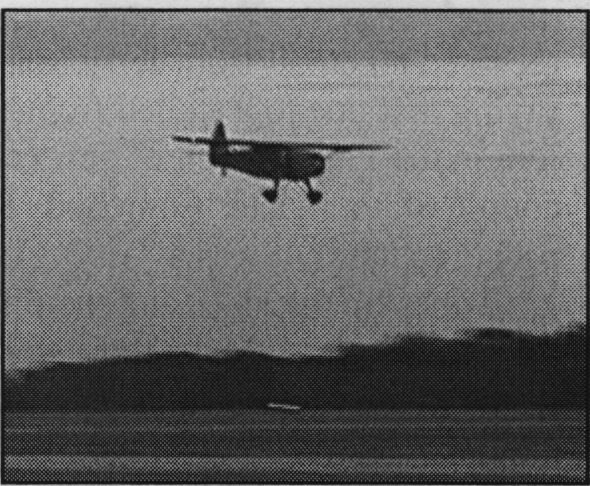 At mid afternoon on Saturday, we gathered the troops. Co-coordinator Keith Welsh thanked everyone for attending. He asked that we honor fellow Q-Builder, Bud Starnes, by recording our thoughts in a journal sent by Bud's wife, Sandra. We want to thank those who took the time to express their feelings and memories. The book will be treasured.

After a few more announcements, we did something we had not done before at a fly-in. We gave each pilot a chance to stand by their airplane and give a brief history of the aircraft, plus unique features. The crowd moved along as we went from plane to plane. A portable amplifier made it possible for all to hear.

Terry and Keith had simultaneous cowls off displaying their wonders. A crowd soon gathered. The cameras were snapping and questions were flying.

Rich Goldman removed the cowl of his D-Fly to reveal the 2-rotor Norton Wankle engine installation. While the engine itself is fairly small, the supporting hardware and plumbing was certainly complex and voluminous. The muffler and electric constant speed prop made a nice combination that was easy on the ears. Rich's cockpit is what you might call "COMPLETED I think I even saw a stormscope mounted in the center console. This completeness, however, comes at a price. The plane's empty weight is 925 lbs! 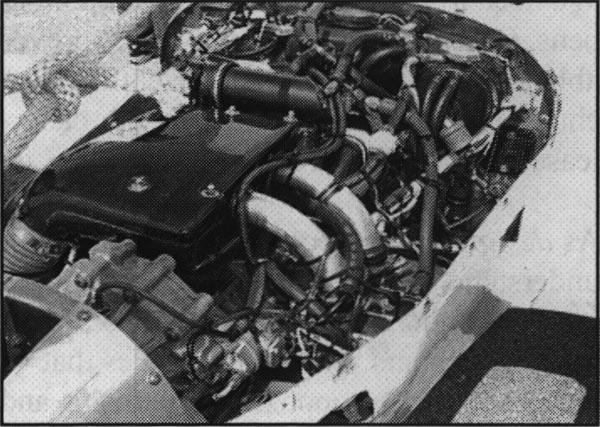 The cool evening sky beckoned and several Q's launched. Terry and Keith did some more formation maneuvers for the crowd. Terry then did his signature slow-flight-pitch-buck down the runway and said his GPS was reporting only 45 mph groundspeed!Jerry Marstall also did some low and slow flights down the runway for the eager photographers. 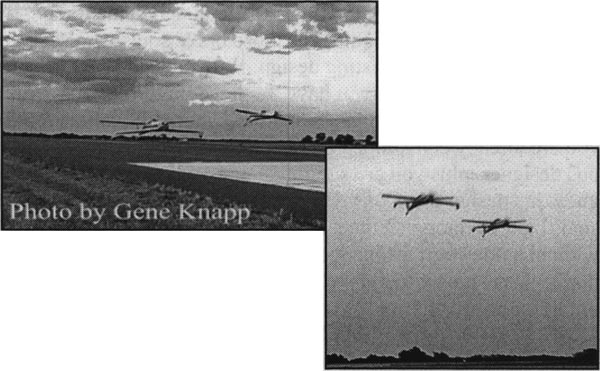 Thanks to Gene Knapp, we finished up Saturday evening by watching a videotape of the Scaled Composite press conference featured Burt Rutan. The tape was shot by Pat Panzera. Some of the comments heard were "How can one guy think so far outside the box?" or "Burt sure is intense." The White Knight (a.k.a. Burt's B52) performed superbly in the demonstration flights shown on the tape. I understand that the first captive flight tests with SpaceShipOne took place in late June. Controls were locked in place and a pilot's weight was simulated. It will not be long before they have their first test glide into Mojave. 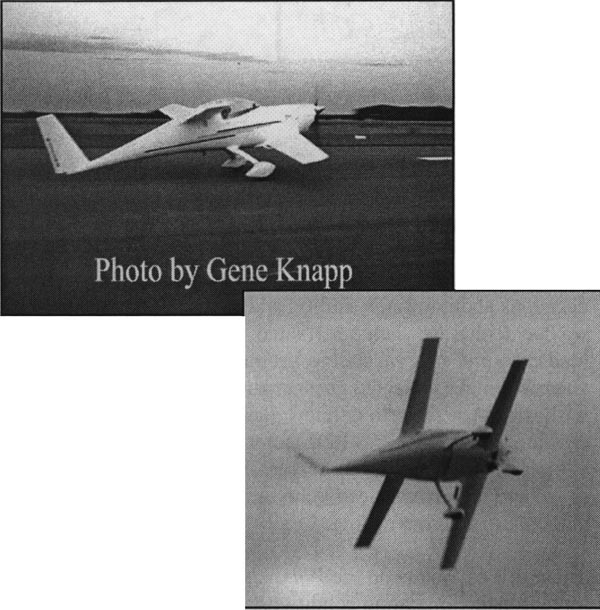 Once again, our thanks go out to Keith Welsh, Steve Laribe and the Mattoon FBO for hosting this event in such a beautiful facility. We are looking forward to Mattoon number five! 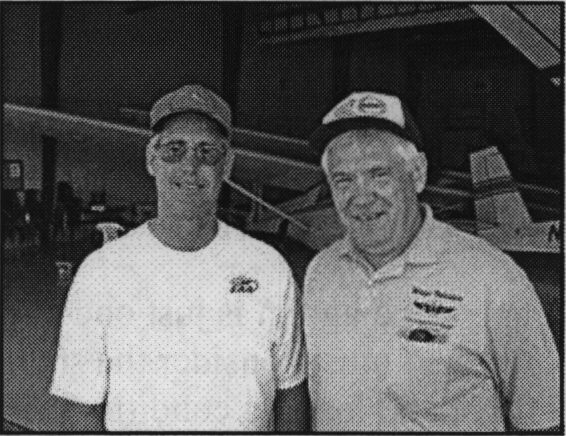 FOR SALE: Various Q items. Jon Finley http://www.finleyweb.net/default.asp?id=144 This email address is being protected from spambots. You need JavaScript enabled to view it. (4)

WANTED: New ideas and tips that could be included in Q-Talk to help other members benefit from what you have learned. Please send in your articles today!

You can order a printed copy of Q-talk #99 by using the Q-talk Back Issue Order Page.