Let's see how the GU canard compares with the LSI canard. The LSI canard is actually the NASA LS(l)-417mod. In an earlier incarnation, it was a GAW airfoil (General Aviation-Whitcomb). Richard Whitcomb designed super-critical airfoils for supersonic aircraft. He derived this one for slower aircraft that needed a lot of lift without much change in pitching moment at increasing or decreasing angles of attack. It was really meant for large, cargo carrying aircraft. It achieves some high lift. Some folks took their wings off their home-builts, i.e. KR-2's, and made new wings using this airfoil. They got no improvement in performance. This airfoil has a large negative pitching moment that small aircraft do not tolerate well. It calls for larger tail surfaces and causes a lot of unnecessary induced and trim drag. Yes, the lift went up so that a smaller wing could be used, but the tradeoff in less parasite drag for increased induced and trim drag did not pay off. It is used as a canard here because it was made for heavy lifting. Canards have to work very hard for a living. Producing loads of lift isn't easy. In order to have an acceptable lower drag and loads of lift, the pitching moment was greatly negative. A similar airfoil was used on the Beech Skipper; it is not a great performer.

These two airfoils are not similar by a bunch. If there is any virtue of the GU it is the clean, expected break for stall, and resultant pitch bucking of the canard on stall recovery. The evil of the GU is that this happens at a very low AOA. The canard works its guts out while the main wing loafs. But the main wing must stall at a higher AOA than the canard; the GU makes this very easy to happen. Most of us can agree that the real world stall AOA for most general aviation airfoils is between 14 and 16 degrees. But the GU stalls at 10 degrees in our example here. Most airfoils could grab a lot more lift in that next four degrees. That would increase climb rate and probably decrease stall speed. That's like saying that most of an engine's horsepower is in the last 300 rpm's. The designers of this aircraft chose the Eppler 1212,1 believe, for more than one reason. First, it creates an acceptable amount of lift. Its large radius leading edge allows the wing to achieve a higher AOA before stalling and hopefully a higher CI. Anything to make it not stall before the front wing. Same with a conventional aircraft. You don't want the horizontal tail to ever stall; the early Cessna Cardinals had that problem. The tail stalled before the front wing during flare. They replaced lots of nose gears back then and rebuilt the horizontal stabilizer with a leading edge slot so it wouldn't stall before the main wing. Same here except the Quickie would go down tail first. A lot of lift is left unused in the tandem wing approach; we can't forget that in any aircraft design, to accomplish one mission, compromises must be made. The efficiency of the canard design speaks for itself in the old CAFE races. Here are the following winners in each race: 1985 CAFE 400: Single Seat Class: Winner: Vic Turner Aircraft: Quickie. Who did he beat? Dick Hansen's RV-3.

Therefore, the next time someone tells you about the inefficiency of canard aircraft, remind them of the facts and not the theory.

As noted, this is the NASA-Langley LS(l)-417mod airfoil. At first, I found it a surprising choice of airfoil for the Q200 canard. Not that the lift and drag aren't acceptable, but that it produces so much lift. It has turned out to be an attractive alternative to the GU because it makes up for the most talked about sins of the GU: loss of lift in rain and resistance to bug splats. It is reported to me that there is very little if any change in pitch when wet. The fact that it has a low Splat Factor Effect (yes, I inv ented this term) meaning that bugs don't affect it much. But that comes as no surprise. Roncz found out during the Voyager years that leading edges with larger radii ("rounder noses") are more resistant to loss of lift when struck by foreign objects than the sharper-nosed GU. The LSI has a large-radius leading edge. It is thick, and that takes the heat off the folks in the structures department; a thicker wing usually means a stronger and lighter wing. To the aerodynamicist, it usually means a "wing". Look at the pitching moments near stall of the GU in figure 5 and the LSI in the figure below: 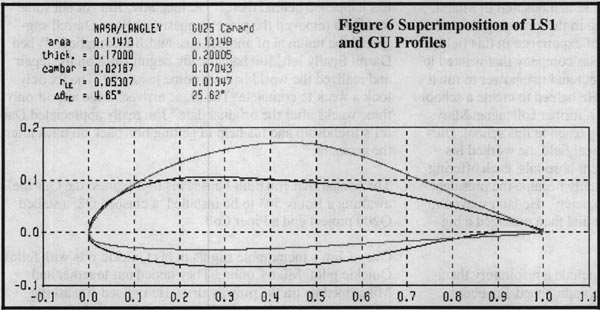 Figure 7 Polar for LSI at Stall Re-Note the CM as A OA Increases!

Note that in Figure 5 (Found in issue 94) the pitching moment, or Cm at zero AO A is - 0.1252. But by the time the AOA as reached six degrees AOA it is almost 50 points higher! That canard is really wanting to tuck nose down with each degree of increase of AOA. Now look at the LSI: at zero degrees AOA the Cm is -0.091. thirty-five less points just to begin with. The comparison is not totally fair, though. The GU is also making 20 more points of lift. Most often, the higher the lift, the more negative the Cm. That means more drag of the induced and trim variety. That means you go slower. This aircraft was not called a Slowie! Note that the GU decreases its Cm well before it hits the stall AOA at this Re. It levels off at AOA=7 degrees, and decreases until stall. If you are trying to trim out your airplane, this weird change in Cm is gonna suck. You may be changing trim often. This does not happen to such a degree in the LS1. My personal opinion is that the trim effects due to Cm will start to be noticed when the difference is more than 20 points. In the LSI you don't see a remarkable difference until about 14 degrees AOA. But you don't climb at these AOA's much. Your climb AOA's (usually at a higher Re) will occur in the first 6 to 8 degrees AOA at most. Note that there is almost no change in Cm at these AOA's at this Re in this range for the LSI. Now I think you can start to see why the LSI airfoil is preferred to the GU. Now, at this point I must confess I've not told you the whole story. When one considers change in AOA of a conventional airplane, the front wing is the main wing. But in canard aircraft, there is this thing called an elevator on the rear end of the canard. Airfoil designers HATE these tilings. They make a beautiful airfoil look funny. And they increase drag. And then some engineer goes and cuts holes and slots towards the rear end and attaches moving elements, like ailerons! Oh, the humanity! In effect, we must admit that the front wing is the surface with an often changing rear-end control surface. That means we cannot simply use a straight, unadulterated airfoil without a trailing edge moving surface. On the canard there is definitely a trailing edge surface and our model so far has not accounted for it. Well, we had to start somewhere. . . and this model explains it. Now, however, you are no longer in the dark! The truth has set you free!

That said, let's still pretend the original model works. The LS 1 continues to create lift far past what the GU airfoil does. The LSI if far more resistant to leading edge contamination and rain drops than the GU. The LSI has far less potential for trim changes than does the GU. If I have any dislike for the LSI, again, it produces too much lift. So far, we have all gotten away with it, though. The LSI, to my knowledge, has not had so much lift that it "outhfted" the Eppler 1212, allowing the main wing, or rear wing, to stall first. Can we count on this? Not in one mode of flight. There is one flight mode in which I would be very careful when flying behind the LS 1. Do NOT do this: do not accelerate to maximum velocity at zero degrees AOA and then pull back on the stick to full back position .. .I'm not done yet.. .then somewhere in this steep, rapid climb, unload the canard. In other words, don't progress to an accelerated stall then suddenly decrease your back force on the stick right before you get to the incipient stall. Even though you technically unloaded the canard, you can stall the main wing. Why? There is a three-dimensional force we have not discussed called inertial coupling. If you perform this maneuver at high rates of speed as described, even though you unload the canard (decrease the lift demands made on it), the force in that directioa or the vector, still continues as if the canard were still producing loads of lift. In fact, as if the canard were producing even more lift than it technically can. In some certain corners out of the recommended envelope as described here, though you have technically decreased the lift demands on the canard, the airplane will still climb at an accelerated rate due to these inertial forces in the direction of an increasing angle of attack. Then the main wing stalls. There is no recoveiy that I can determine from this mode. If you are flying within the prescribed envelope, the chances are tliis will not happen. With a canard such as the LSI which can produce more lift than the original GU design, and stall at a higher AOA than the original canard, there is a greater chance this can happen. If your Quickie has been built with wings set at the correct incidence, I cannot see this happening when flown inside the prescribed envelope. 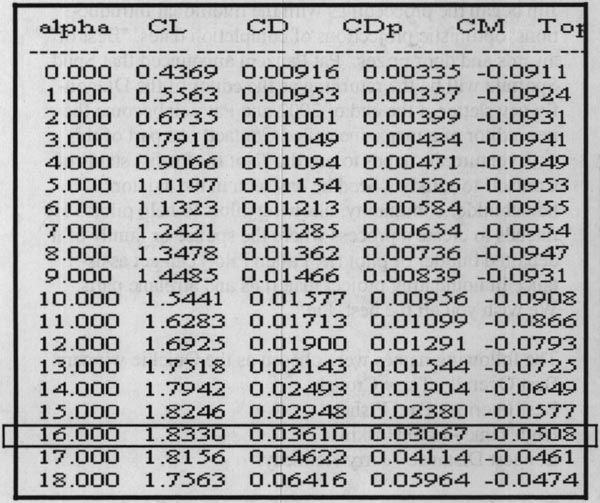 Remember that tandem wing, or even pure canard airplanes, were designed for safety, efficiency and performance. But you still have to fly them in the modes in which they were designed. Just thought you ought to know. Some will argue that the specific lift produced by the canard does not really affect this phenomenon; it may happen no matter what lift it happens to generate. I'll leave that to the discussion of experts.

I'm about canarded out, so let's go to the sacred main wing airfoil, the Eppler 1212! Continued in Q-Talk issue 96.