Attending the large annual fly-in at Oshkosh lets you see, feel and hear the aviation story like no other event. Observing and participating in the welding, riveting, or fabric covering forums helps you to appreciate aviation's longstanding traditions and techniques. While there are many different means to the end in aviation, each plane having its own strengths and weaknesses, there are also common threads connecting all airplanes and their builders together. Airplanes are very important to a fly-in, but it is the people that truly make fly-in events so special. This Oshkosh was quite memorable due to the hard work of several QBA members. Sam Hoskins flew his Q200 in the AirVenture Cup race and took second place in his division. You can read about Sam's experience starting on page 4 of this issue. Congratulations, Sam, from all of us for your hard work and successful outcome. Sam also helped produce the pyrotechnics for theWarbirds portion of the air show.

Both Jim Patillo and Bob Farnum flew their Q200s from California and participated in the homebuilt spotlight flights prior to the air shows. It was great to see Quickies featured in front of all the spectators.

Jim Patillo was honored with a Bronze Lindy for the workmanship on his beautiful Q200. That was quite a feat when you consider the thousands of airplanes at the event. Well done, Jim! We hope to include an article from him highlighting his impressions of his first visit to Oshkosh and the much-deserved award in the next issue of Q-Talk. Paul Fisher's award winning Q200 rounded out the group of Q's that attended 2002 Oshkosh.

This small group of Q's had a pretty big impact on the large fly-in. Steve Whiteside also lead an informative forum on his Bent C antenna design. 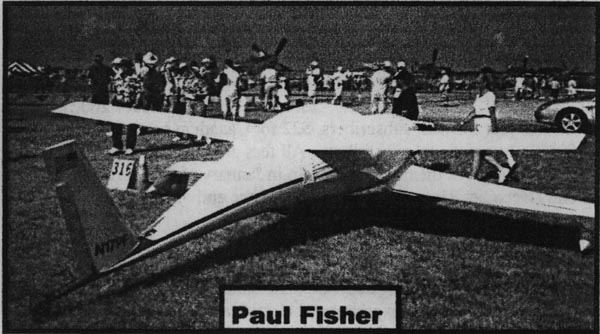 The QBA forum was held on Saturday morning with over 35 members in attendance, including Arthur Boyd who came all the way from Australia. When you have a chance, ask Arthur about the mud-brick home he built and lives in. He comes from an interesting part of the world. That evening about 40 people, including the Corvair guys, attended the Brat Roast hosted by Mike Brown and his father, Jim. Many thanks to these two guys for all their effort and hospitality. Hosting a cookout can be a lot of work They really made us feel welcome! There were several mini-forums in session after the brats were consumed, a sure sign that everyone enjoyed their time together.

The QBA forum was held on Saturday morning with over 35 members in attendance, including Arthur Boyd who 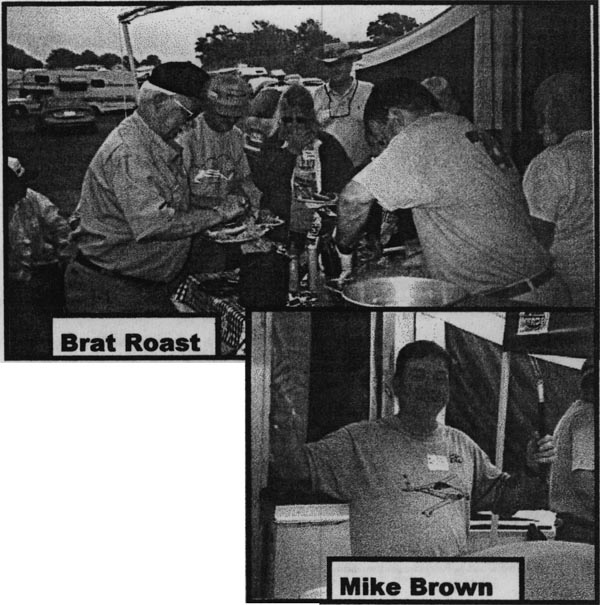 A couple of nights Quickie pilots, as well as a few Dragonfly buddies, got together for impromptu dinners at area restaurants. Some members partied wellinto the night and felt the effects the next day. You know who you are. 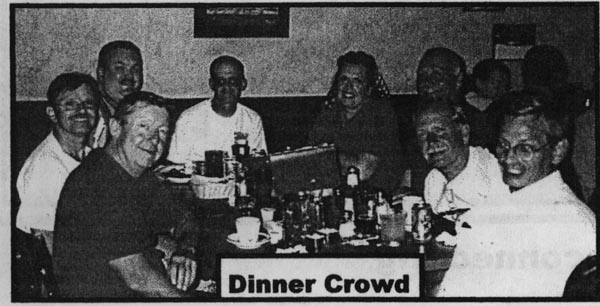 Dick Rutan flew the X-COR dual rocket-powered Long-EZ before the awestruck crowd one afternoon. He even restarted the engine while in flight. This had never been done before. The rockets are fueled by isopropyl alcohol and liquid oxygen and the plane can reach altitudes of 10,000 feet. That bird could go practically straight up! It was fun to watch. 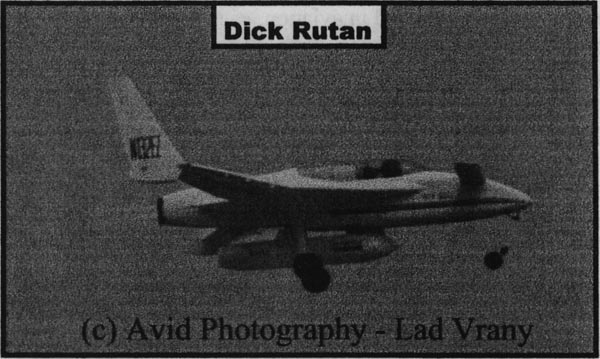 After Dick landed, his brother, Burt Rutan, arrived in the Boomerang. That plane has an interesting shape, to say the least. Aviation is certainly spoken in their family. Burt later answered questions of onlookers while standing near his plane on the tarmac. 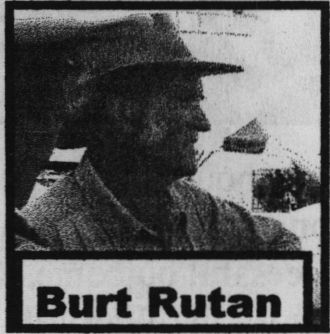 Another interesting airplane was a beautifully restored T-6 Texan. The owner removed side panels so the interior workings of the plane could be seen. It was a work of art!

A wondrous treat was a group of eighteen P-51 s in a row, revving their Merlin engines. The powerful sound gave us chills. There is no place like Oshkosh to reconnect with airplanes of the past, ideas of the future and to reestablish good friendships.

FOR SALE: Q2?Revmaster 40 TTAF. Flies great. Been stored at home and refused to pay $200 a month for inside storage at airport. LSI canard and new prop. Engine sounds and runs great. 5x6 tires and 3 point front canopy. Got to big for fast tail dragger. Glenn Hockenberry 717-243-1100 PA