At the Mattoon fly-in last June, I found myself sort of reminiscing with Dave Richardson about the time Burt Rutan visited our city several years ago. I was able to spend some time with Burt discussing Quickies, including my plane. Dave asked that I write an article about experience for the newsletter and when the editor says write, you write! 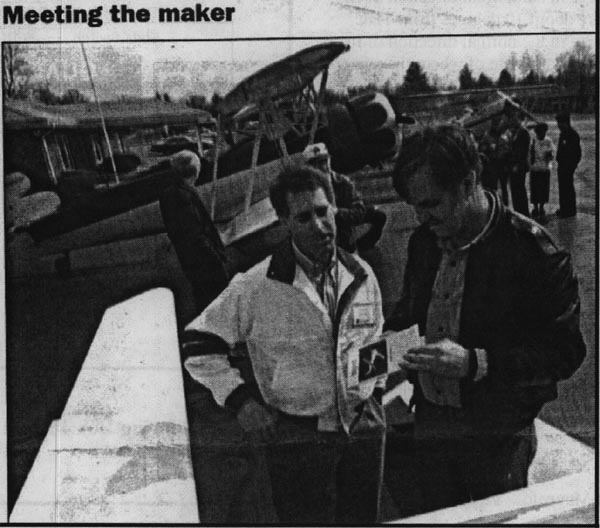 Each year the Indiana State University Speakers Series books a professional to speak on a variety of subjects. In 1995, the Technology Dept., with the assistance of the Rose Hulman School of Technology, was able to secure Burt Rutan. He was scheduled to give three talks over two days. The lectures were scheduled for March 21st - 22nd on the Indiana State University campus in Terre Haute, IN. Needless to say, there was standing room only for each lecture. It worked out kind of handy since ISU offers a 4- year Professional Pilot degree.

So what's that got to do with me, you ask? Well, that comes next. A few weeks before his arrival, I was asked to have my Quickie available for his viewing. The problem was that I had recently installed the P220 engine and was still horsing with it. They asked me to have the plane at another airport on the north side of Terre Haute, about six miles away from HUF where I am based. Oh man, I couldn't let them down so the marathon was on. The day I was to have the plane there, somehow I over tightened the fuel drain and separated the lay-up from the threaded metal fitting. The fuel came gushing out. Did I panic? YEP! After spending the rest of the day, I finally had the thing fixed. It still holds to this day, by the way. I then flew the plane to the designated airport and arrived in time to hear his first speech that evening. Whew! 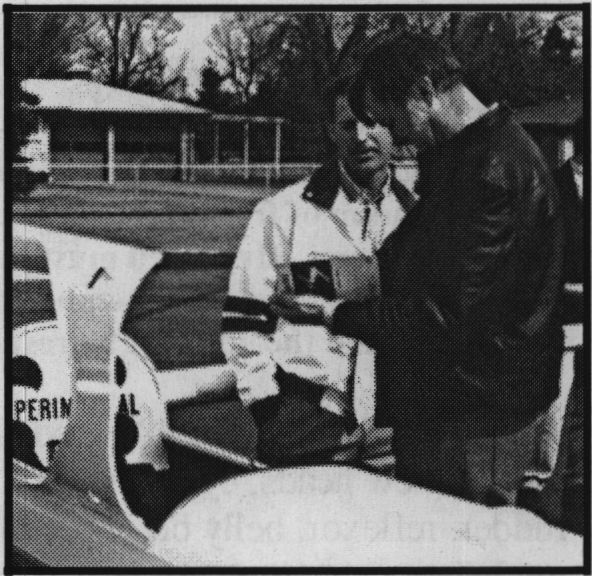 The next day, after his final two lectures, a busload of us (dignitaries) went to the airport where the Quickie was parked. Now to set the scene, a good friend of Burt's had purchased a restored Waco UPF-7 from one of our EAA Chapter members a few years earlier. Burt was to get a ride in this man's latest project. The gentleman has won many awards for his work and Burt was looking forward to it. Burt also knew he would be seeing a Quickie that day. My memory gets real good from here. The Quickie was parked behind the Waco, away from view, when we unloaded from the bus. Everyone was looking at and talking about the Waco. Then Burt stepped around the front of the Waco and saw the Quickie. He was no longer interested in Waco. He made a beeline to the Q and began the most thorough inspection I have ever seen. First, he walked up to the vertical fin and began sighting the trailing edge. He then inspected the right wing and the canard as well as the left wing and canard, all the while taking his sweet time. He commented on the movement of the control surfaces and rigging. When he stopped at the engine, we began talking and to my surprise, he began giving me advice and personal feelings about the Quickie as if he had just finished it. We talked about the engine. He said the small Onan made it the most underpowered plane he had ever flown. He was never overly impressed with just 18 hp but liked how quickly the airplane came around after you got it up to speed. He especially liked being able see just how far the mains were off the ground when flaring for landing and commented that it was one of the easiest planes he had ever flown. We talked about the importance of vortex generators on the canard. I reminded him of QAC's position that good finished canards did not need the vortex generators, that only the builders who were unable to adhere to the finish criteria would need them. Burt was very quick to tell me, and he only touched on this, that there was the reason for the distance created between he and QAC and that the canard will indeed NOT fly in rain, no matter how well it's finished. Two months later I found that out the hard way that what he said was true and my canard had a mirrored finish. I promptly installed a set. 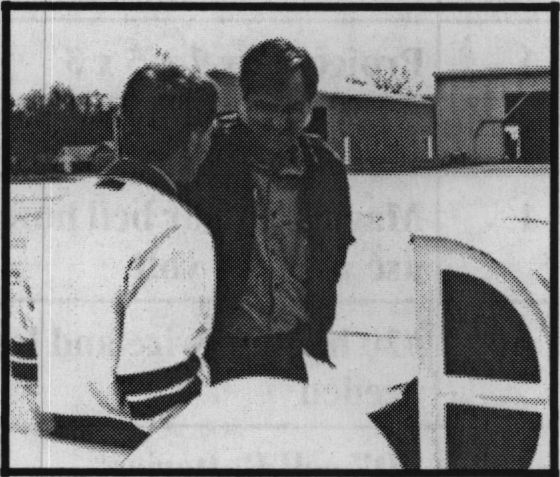 Next, he walked around to the cockpit where, unlike most, he buried his head inside, nearly out of site. He was under the instrument panel pushing and pulling everything he could find, just like a little kid. I was amazed. We talked about the changes from the plans I had made in the throttle quadrant, the panel location to facilitate a radio installation, die fact that I chose to fully upholster the interior and the plane's weight and flight characteristics. He was interested in everything!! Considering all that he had accomplished in the nine years since designing the Quickie, man, was I impressed. About that time, he told me that he hadn't had a chance to see a Quickie up close since 1978. Before leaving for lunch, I asked if he would sign my Quickie Owners Manual. A few years earlier, Bob Hoover was in town to do a show at HUF in his Shrike Commander and since he had flown the prototype Quickie, I asked if he, too, would sign my OM. Burt was very inquisitive when he saw Mr. Hoover's signature and then continued to look through the manual. Burt said that he had never seen a Quickie OM. Finally, when he came to the page showing the wiring diagram, he stopped dead. After looking at it for a few minutes, he said something to the effect of, "This is my work. I made that diagram. That's my handwriting". He then asked if he could sign it on that page. Would you say NO? Neither did I. He not only signed his name, he included a very nice statement about my plane that literally blew me away.

There were many pictures taken during his visit. The impression that Burt made will last a lifetime. I will always remember my day with Burt Rutan, the designer of our Quickies. 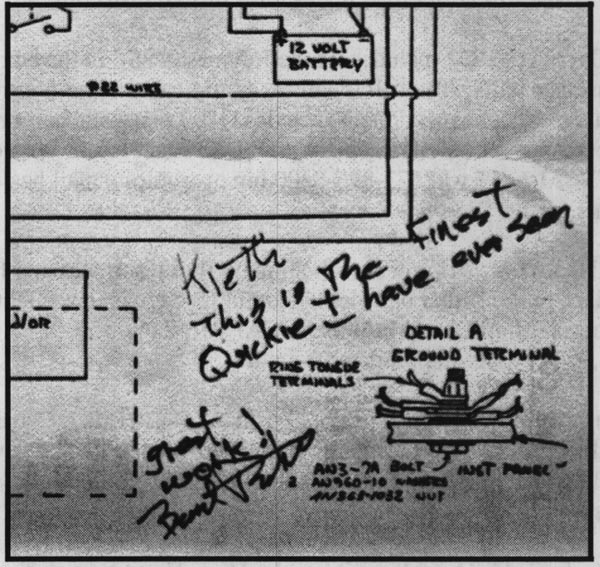