Dave:
As a result of the feedback received from the Q LIST, I thought a better understanding of what went on with my Q-bird’s Onan induction woes could be better illustrated via the newsletter.

Some 5 years ago I installed the Onan P-220 engine in my Quickie. The original one had been through h--- while trying to understand its reasons for running hot. Ten hours to burn up the valves and twenty hours to ruin the rings. To make a long story short the 22 hp option was a very bad joke on the builders. To this day I will not forgive QAC for that one.

Also the oil temps were simply red lined much to high. The result was an engine which would leak and turn the oil black in about ten hours. The insecurity of running an engine which had been through many high temp cycles prompted the change. She was simply burning herself up.

In the meantime Onan had considerably upgraded the B series engines to where they now produced a factory 20 hp version of the previously maximum 18 hp for the 47.7 cid engine to the new Performer or ‘P’ series engines. Through much reworking of the baffling and replacement of the heads to OEM’s the engine was now able to operate in a normal temperature environment. An oil filter was also added. 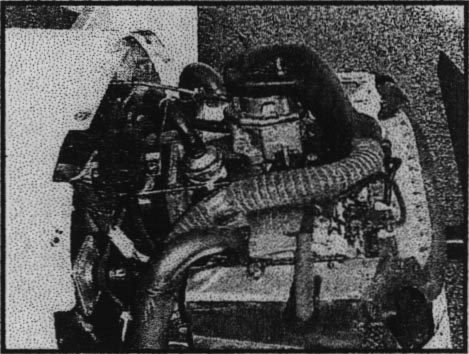 Due to the height of the carburetor deck and overall size a plans style air inlet was not possible. Took a while but I eventually came up with this cool looking, low profile, inlet which incorporated a slick carb heat system, as the picture shows. The only problem was, and I didn’t find this out until en-route to Ottawa 96, was that in hot humid weather the engine would intermittently sputter. Needless to say I filled my pants the first many times it did this. WHAT THE HECK WAS GOING ON!!! I later learned also that this design somewhat choked the engine (so much for static RPM verification of available power). This and another later found phenomena kept me (and Croucher) guessing for four years.

Late last September on one of the last warm days with a DP of 75 I made three test runs. The first status quo. The engine ran fifteen minutes before it sputtered. I then removed the lower front section of the inlet to remove the rain air effect and possibly the problem. The engine ran a whole 10 minutes this time before sputtering. Well I now knew how to make it worse.:( 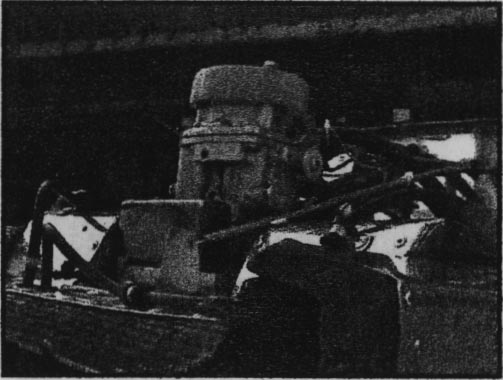 Lastly I installed something similar to what OEM would be. A simple cover over the carburetor top by about a half-inch. The air is drawn from all sides and negates the possibility of carb heat SHE RAN FINE!!! I flew it for a half hour, did slow flight, stalls, abrupt power changes, high power and low power settings. I tried everything I could think of to aggravate it. She responded each time without a hitch.

What appears to have been happening was with the air entry from one side and considering the raised deck of these carburetors fuel and or condensed water was collecting inside the inlet, building up and eventually overflowing, spilling, into the carburetor momentarily flooding the engine causing the sputter. I will not go far enough to say that carb heat is not needed. Only time will tell for sure. I do have the throttle shaft, butterfly and intake manifold Teflon coated however.

The moral of this story is that a lot can be said for the engineers who originally designed these things, that just maybe theirs is the best way. At least it’s appearing so this time.

You can order a print copy of Q-talk #85 by using the Q-talk Back Issue Order Page.