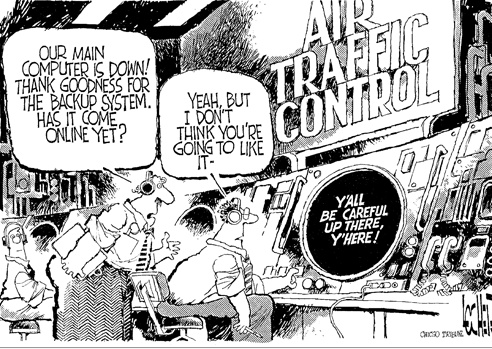 I promised an article to the list and to Dan for the next newsletter. Some may find it boring, but here goes.

It all started with Sam Hoskins saying that he would host the 2011 FOD in Marion, IL., last year at the 2010 FOD in Beatrice NE. I told Sam that I had not flown into a controlled field since 1978. He assured me that the controllers at Marion were very friendly, and he would tell them I was coming, yea right. I had this task in the back of my mind the rest of the year.

Fast forward to August 14, 2011. I got some controlled field refresher flying with Paul Fisher. We departed DVN and flew to DBQ. Made a T&G there and headed to ALO for a T&G with radar control. From there to CID, the whole while we were using a sort of flight following into ALO and on to CID. Meaning that the controller stayed with us until he handed us off to the CID controller. At CID we did another touch and go. From there we headed to CWI for Paul to do a VOR instrument approach, as I was the safety pilot.

As we flew back to DVN, via instruments, Paul did an ILS approach to DVN. With the fun over, I flew home to DEH with new confidence to use the ATC system. NOT.

Now it is Friday Sept 9th, and the weather looks terrible in IL. We rendezvous in CWI for fuel and quickly decide we are not going to Marion. I suggested we take Paul's RV 7A, with his newly minted instrument rating (received the previous day) and head south. The irony was that his Dynon was in the shop for some upgrades. Damn, weathered out with an instrument rating.

We decided to fly to LRN for lunch, as the weather there was severe clear. Terry Crouch joined us there, by flying his C152. Terry's Q was down for repairs, and not flyable. We thought about going to Beatrice, and asking where everyone was at, but thought that would be overkill.

Had a very nice lunch at the on field diner. Very good food. Keep it in mind if you are ever flying to OSH and need a meal stop. We spent the afternoon wishing we were in Marion, but made due with good conversation in the pilots lounge. About 3 PM we all headed for home, knowing we would miss the activity in Marion.

Saturday morning I was checking the weather, and being dejected, when Paul Fisher called and said the Terry Crouch was going to Marion, and that the weather looked "doable". SO, back the the airport, back to CWI to rendezvous with Paul, and get fuel. Paul launched first, and said he would find me, as he always let me lead. When he found me, he radioed to turn West.?? If I turn West, I will fly into Moline's airspace. Curious. I replied "Turn West"? He said "NO left". So I turned a few degrees left to give Moline a wider birth. Soon he called again and yelled ''Turn Left''. I could see him about three miles to the east. So I turned LEFT. Headed east to his position. We switched frequencies to 122.75 and he proceeded to tell me that I was flying low and slow over a nuke power plane on 9-10. Probably not a good thing to do.

We got on coarse, and headed for Marion. Had to fly east of Peoria's airspace, and then west of Springfield's airspace, but other than that the flight WAS doable. Visibilities were about six miles and ceilings were about 3000', and things improved as we were in route. The controller asked me to report on three mile final for 02. He cleared me to land long. I did not land long, and he asked me to exit the active so Paul could land long, which he did. We were there about a half an hour, and the sky brewed up a few thunder showers. Nothing huge, but I was glad to be on the ground!

The time spent in Marion was great. Typical FOD fly in. Meeting new people and cherishing time with old friends. Had a great meal at the rib joint. A good nights sleep, and headed for home the next morning. Cleared from the ramp to 20 for a north departure. All went well. We, Paul following again, had to climb to 4500' to clear the cloud tops, but it was cool and smooth up there. Soon we had to climb to 6500'. Then to 8500'. Then to 9500' to stay above the puffs. My plane did not know how to act at such altitudes. As a matter of fact neither did I. I have never been that high in my plane. A new record for me. Had a lot of firsts on this trip. First time to be weathered out, and not go on Friday. First time to land my plane at a controlled field. First time to talk to a controller in 35 years. First time to brave the less than prefect flying conditions on the way there. First time to fly that high.

We started a descent about 50 miles out of CWI. Got below the clouds and the air was a bit rough, but not too bad. Landed at CWI and got fuel again, fired back up and headed for DEH. Home by 1:30PM. This flying thing beats the hell out of driving!! I know, because I have driven to more of the FOD events than I have flown to. Thanks to Sam and Sandy for hosting the event, and all the participants for being there.

NEVER leave one of these events without saying good-bye to EVERYONE. Wish I had taken the time to say good-bye to Jerry Brinkerhoff. Well, God Speed anyway old friend.

Another first for my plane. 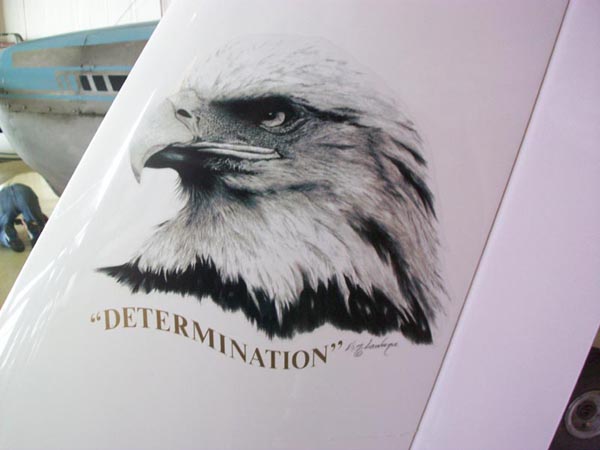