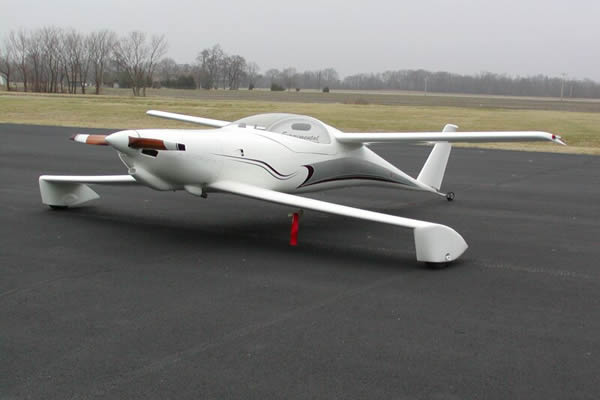 When I returned from Beatrice this year I had newly heightened interest in getting my own airplane finished. While doing a search for my airplanes N number in the old newsletters I came across an article by a former owner of my airframe. I’ve had several conversation via e-mail with Eric Gardener since I brought the airplane home in 2005, but when I read an article by him in Q-talk #90, something caught my eye. Apparently, Eric and Bud Starnes had been hanger mates at the time of Bud’s fatal accident. Since Eric witnessed Bud’s accident, I asked him to take a moment to discuss his impressions of what happened.

His response to me appears below. I publish it here, not to scare people away from the design, but to hopefully give new builders some pause before simply “kickin’ the tires, and lightin’ the fires!”

Instinct training is the key. It was the wrong response to a very possible scenario for any Q pilot. Bud's plane was absolutely immaculate. All of us in Chapter 21 knew that once he flew off his 40hrs and made it to Oshkosh that year, it was going to be a category winner. Italian leather interior, billet aluminum controls and EVERYTHING down to the last tie-wrap was done in aviation standard fashion. The plane looked like Gulfstream had built it themselves. It was absolutely gorgeous! Bud owned a dental lab and by trade was anal retentive towards detail and perfection. The maroon and grey sweeping color against the white exterior made it look like it was doing 200mph sitting on the ground.

Bud had been taxi-testing on the weekends till he wanted to hurl. We had addressed some heating issues and adjustments to the Ellison fuel injection unit prior to that weekend. Nothing major. Everything checked out. He and Sandra had been taxi-testing that Saturday morning, April 27th 2003. (Wow! over 7yrs ago). They had been running up to near rotation speed but no higher. Sharon had to go to the bathroom so they came back around to the FBO. While Sharon was doing that, Bud decided to run again.

Forensically, the reflexors were set too high. In retrospect, a clear understanding of the mechanics of reflexors and ensuring against the possibility of having too much adjustment available is very important. As Bud hit rotation speed, he didn't anticipate what the effect of not having Sharon on-board would do to the lift. The canard lifted but the main wing remained spoiled. The bird took off and pitched to an instant 45 degrees. What to do? The pilot instinct should be to push the stick all the way forward and pour the coals to it, get level and get some airspeed quick and then try and figure out what the problem is. 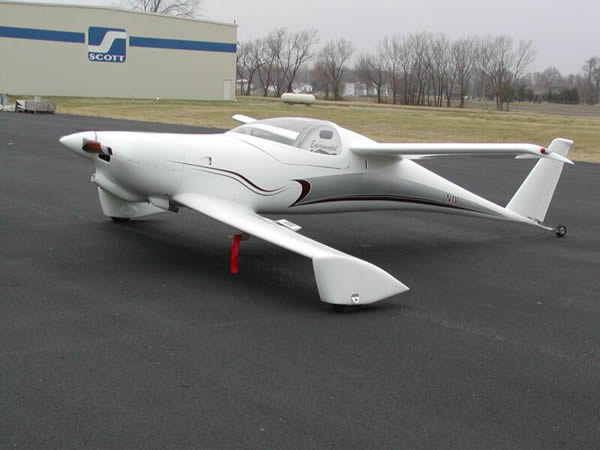 Instead, Bud cut the throttle trying to get back down to the runway. The plane stalled flat back onto the runway in three point but sprung the gear hard and prop struck, breaking the prop and killing the engine. The rebound sent him pretty darn high and in a deep flat stall again. When he hit the second time, the canard broke at the fuselage just as it should, absorbing shock. The Q slid down the runway but went askew to the grass. The broken appendage caught the dirt and the plane cartwheeled into pieces, igniting the fuel and the rest is history. I'd like to think that if he hadn't gone off the runway, maybe he would have made it like so many others have. I suppose since we are all going out sooner or later; going out in the blink of an eye flying your plane is far better than wasting away in a nursing home any day.

The new pilot (and seasoned ones) needs to be very aware of how their plane behaves at what reflexor settings under "x" conditions. Furthermore, high altitude testing should be done to determine at what point maximum reflexor position becomes a hazard at stall speeds and then make adjustments, if necessary, to prevent the reflexors from reaching that angle of deflection. Much like adjusting rudder deflection limits to prevent snaps in a plane with lots of rudder control like a Pitts. Having reflexors is an excellent option to fine tune the plane for maximum fuel savings and efficiency.

Let this not discourage anyone, especially you Yager. Yes, the Q-2/200 is an unforgiving pocket-rocket. However, it's also proven to be far more survivable than any spam-can airplane could even dream of. It beats any other two place ride on all fronts. No other plane flies so fast on so little fuel for such a low cost investment. So many times we've seen the design of the plane do exactly what it was designed to do; absorb shock on impact. If given the chance to do it all over again, I would not have sold N920MR. I would have continued to build her in Bud's honor, learned from his mistakes, listened intently to the experts like Sam Hoskins and had lots of fun flying. Those of you with a dream in the garage....get to it. The sky awaits. Don't let those Long-EZ guys hog it all.

Homebuilding is an extremely rewarding lifestyle, but it carries with it an awesome responsibility to do your homework. There are several builders nearing first flight, and I don’t want any of you to be flippant about what you’re doing. You’ve spent a lot of time building and meticulously preparing your bird mechanically for flight, now it’s time to make sure the pilot is just as prepared. Bud, by all accounts, built a beautiful example of a Q-200 that we would have been proud to showcase. Ultimately a well-built machine is only about half the equation. Before you attempt to taxi or flight test your creation make sure you get all of your questions answered by people with a LOT more experience. (Especially about controls that are unique to these designs like the aileron reflexor.) Learn from the mistakes of others, and stay safe out there. 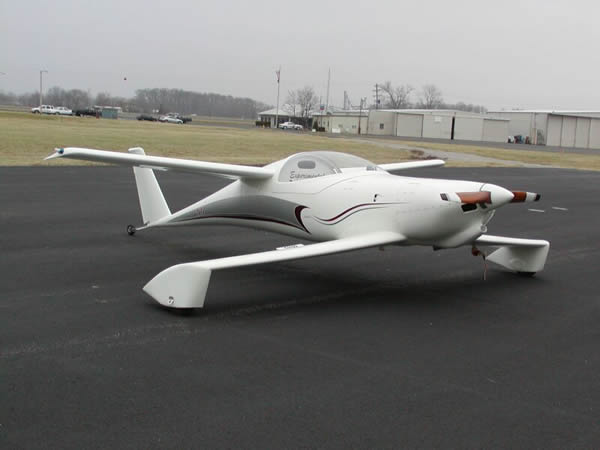