That is if you believe that infamous August 1981 Popular Science cover article. The article stated the Q2 would accommodate two such creatures. That, along with numerous other dubious performance parameters touted by Tom Jewett, is what sucked this 6'5 200 lb string bean into parting with his hard-earned cash. At last, a homebuilt that would accommodate my height. So I thought.

I received my kit in January 1982. I had already figured out how long it would take me to put in the "500 hours" that Quickie said it would take to build my sleek plastic-fantastic. (As we all know, 500 hours was a bit of an understatement).

However, it didn't take long before I discovered that I must have received the wrong kit. In order to get into the cockpit and lower the canopy, I would have had to rest my head on my shoulder. Not only was there no headroom, my feet were sticking out where the firewall was to be. I needed to talk to Tom Jewett. After a few tries he was willing to take my call. I told him, tongue-in-cheek, that I needed the 6'8" kit, not the one I received. After a few moments of silence on his end and no confession of misrepresentation, we got down to business and he gave me some hints as to how to better accommodate my height.

In the following paragraphs I will outline what he told me to do, what actually had to be done and then what I would do if I were to do it again.

1. "Square" off the shoulders of the canopy at the outside edges to provide more lateral headroom.

Tom told me that it would be tricky attempting to bend the canopy and to be aware of the possibility of cracking. He also mentioned that I would need to do this before I trimmed the canopy because the bending of the canopy would reduce the distance it would come down on the sides for mating with the canopy shell. Of course I found this out too late. I had already trimmed mine per the plans. So, I got to order another one. This one had even longer untrimmed sides, which was helpful.

First a new canopy rear bulkhead with squarer shoulders had to be made; then the tedious task of fitting the untrimmed canopy to the new bulkhead and frame without breaking it. The next revelation was that the canopy now sticks above the turtledeck behind the canopy. Guess that should have been obvious because Tom didn't mention that. Now the entire turtledeck had to be contoured back to the fuselage split line.

That being done, now it was time to move the bottom of the seat back bulkhead forward. It can't be moved too far or there will be no space for your rear between the seat back and the fuel tank. But every little bit helps. It was a great relief getting all of that done. I got in, lowered the canopy and sure enough, I could lower the canopy without my head laying on my shoulder, but it was still quite snug. But that's how it was going to be.

To my disappointment, my problems weren't resolved, I had just created a bunch of new challenges. Tom must have forgotten to tell me "the rest of the story".

1. By sliding the seat back forward, my rear end naturally was pushed further forward, which drove my feet even closer to the prop. The only way to bring the toes back inside was to bend the knees. When I did this, the instrument panel was fighting with my knees for the same space. So the panel had to be raised.

2. Next came the rudder pedals and toe brakes. With the rudder pedals mounted to the floor as per plans, the geometry was such that with my knees bent I couldn't apply rudder without applying the toe brake at the same time. That would have made for some interesting takeoffs and landings. Unless you are double-jointed, the ankles just couldn't bend back far enough to keep the toes off the brakes. 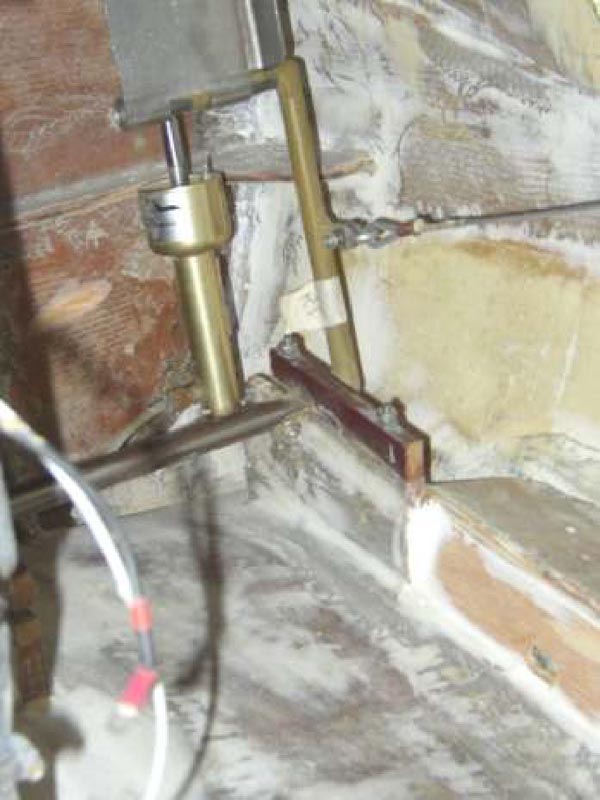 So, the only thing to do was to mount the rudder pedals on pedestals to get them up high enough so that the toe brakes could be tipped forward, allowing the rudders to be applied without the toes being on the brakes. This actually allowed me to straighten my legs a little more.

With all of that done, I can barely squeeze into the Q2. And I must confess that after a 3-hour cross-country flight I am more than ready to get out, if my legs aren't asleep from the circulation being cut off.

WHAT WOULD I DO IF I HAD IT TO DO OVER?

I think a much simpler and, therefore, faster solution that would better accommodate a taller person is to build the canopy to plans, except for the canopy rails. Hinge the canopy at the front and simply raise the back of the canopy to whatever height it needs to be to provide head clearance. Then lengthen the sides of the canopy frame to bring the canopy rails down to the longerons. You will still have to feather in the turtledeck, but there is no way around that. Now the bottom of the seat back bulkhead could actually be slid back to a more upright position. 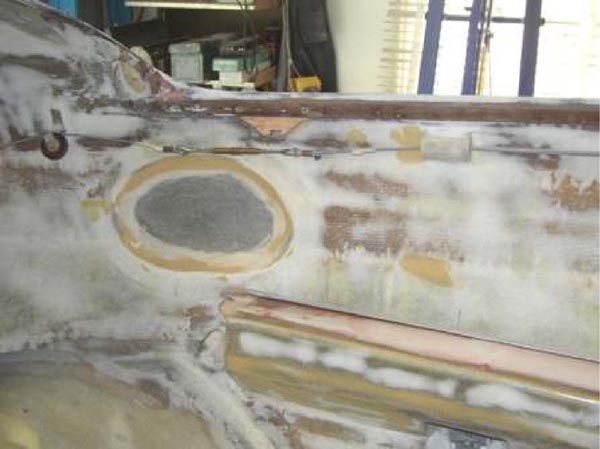 This would provide more leg room and possibly preclude having to modify the instrument panel, rudder pedals and cables. Wish I had thought of that sooner.

P.S. Maybe some of you guys who do comfortably fit into the Q2 could let the rest of us know your height. This might help others to determine if they fit the roomy accommodations of the Quickie.


You can order a printed copy of Q-talk #118 by using the Q-talk Back Issue Order Page.