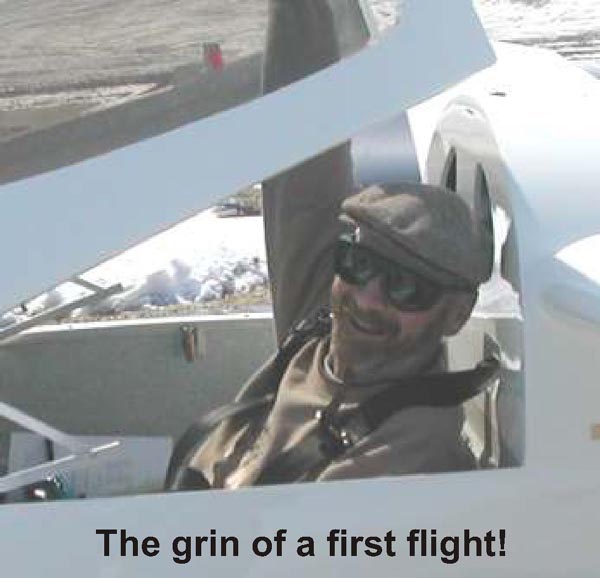 I had always been fond of planes, but did not build models as some builders have. While in flight training I was introduced to the Vari EZ, along with the rest of the world. Man, I wanted one of those bad. The young dumb boy in me bought a new car with the plane money. It was probably a good thing. I don't think I would have had the discipline to finish a project like that, at the tender young age of 21. However, I got my pilots certificate on March 9th, 1977. I flew with a spray outfit that summer ferrying the plane from job to job. It was one of the best summer jobs I have had.

Fast forward to August 1999. I had been thinking about getting back in the air. In a conversation with Brenda, my wife, I mentioned that I would like to start looking for a project to build. Much to my surprise she said yes!!

In all those years of not flying, I had been honing my building skills by building a great deal of furniture.

I began looking around the Internet for a Vari EZ. I found one in Indiana. It had been flying, but was down for modifications and an engine rebuild. On my way to see the EZ, I stopped at the Decorah, IA airport to ask the opinion of an A&P I had known for many years. He asked what I wanted to go that far for, when there was a project for sale on the field. I looked at the Q in the hanger. It looked OK. Engine was 0 time SMOH with a new crank shaft. The price was right. SOLD!! I brought the plane closer to home the next week, but had to store it until June of 2000, at which time it came to my garage.

I didn't start to work on Q until the spring of 2001. From there until October 21 2001 I got the engine mounted, cowl installed, panel installed with most of the instruments.

Then one fateful day, I had a visit from Terry Crouch and Paul Fisher. Long story short. The main wing had been compromised by the previous builder. He had hot wired a hole in the main core to make a wire chase for lights. To intersect with that chase, he drilled a hole through the spar caps. There was no way, short of a load test, to evaluate the wing. The chase hole was about 1.25 in. diameter, and very close to the bottom skin. Strike two. Terry said "You can finish the project with that wing, but I will never fly in it with you".

While pouting, I took everything apart, stored the pieces, pickled the engine, wiped my tears, and built furniture that winter. My way to earn more money to throw at the plane.

In March 2002 (do you see a trend here), we started to build the new wing. I cut the cores at Paul Fisher's shop. With Terry Crouch, my friend Wayne DeSotel, son Jeff, and Paul's son Roy.

We did the layups in April and May. Same suspects to help as before, with the addition of Bernie Nitz, his wife Chris, Brian White, Terry Sherman. All the help was lined up by Terry and Paul. I would not have been able to do it without their help.

Paul and I installed the new wing on Sept 2, 2002. It was a big day. By now I was in the rebuild mood. Some of the phenolic bearings were egg shaped, so they needed to be replaced, etc, etc. 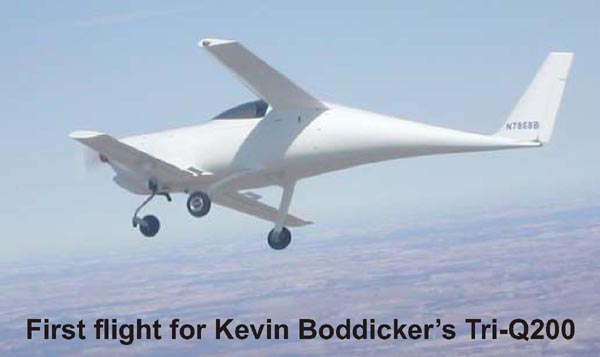 In the mean time, I took a few months off to insulate, drywall, and heat the garage, so I could keep working on the project. Then back to sanding and filling.

Paint was applied Sept and Oct 2004. I started final assembly that winter.

I decided to have the Airworthiness Inspection at the house. With that being said, the inspector told me he wanted to see at least one hour run time on the engine before the inspection. With a new engine, I decided to break it in on the driveway. Wow, that brings the neighbors out!!! I built a shroud to direct the air through the cylinders, and ran the engine three times, all at high RPM to seat the rings. (A tip from Terry Crouch).

Inspection was Oct 19, 2005. With the pink slip in hand, it was time to move to the airport in November. The move went without incident.

Taxi tests followed and brought about the necessary fine tuning of the brakes, carb, idle, and mixture. Not much, but enough that it delayed first flight until March 10, 2006.

See what I mean about the March trend?

As of 3/26/06, I have made four flights. The most recent one today, which of course was the best yet.

I would like to thank everyone in the group that helped me. Special thanks to my neighbor Wayne DeSotel for letting me fly his plane while I was in the building process and helping me whenever he was asked. To Terry Crouch for being the best Tech Counselor in the Midwest. Paul Fisher for being my Q200 mentor during all phases. They both made many trips to check progress and give encouragement. To Roy Fisher for taking the pictures that I sent in for this article.

The flyers in the group know this, but there is no feeling in the world like flying your own Q!!!!

Kevin's 1st flight in his Tri-Q was 29 years and one day after earning his pilots license! Non-perfect weather prevented him from hitting the anniversary exactly! Congratulations Kevin!

You can order a printed copy of Q-talk #116 by using the Q-talk Back Issue Order Page.