Brett Gerber from Ft. Wayne, IN made a first flight in his Q-200/Dragonfly hybrid and made the following report: 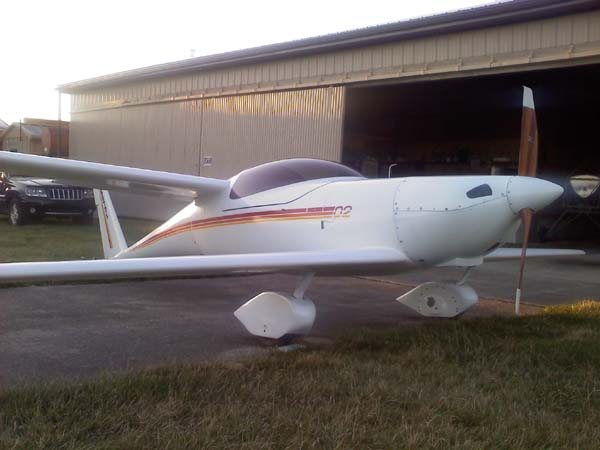 On Wednesday evening (June 9th, 2010) I flew my Q-2 for the first time. Flight went ok, but I had a very noticeable back force on the stick during climb. This Q-2 is a little different than others I believe. It has a MK II gear set up and the wings and canard are longer like a Dragonfly. I have the original blue prints from 1984 from HAPI for this mod. The airfoil looks like the LS1 (?) and not the GU (compared it to my Long Ez's canard) but there are no sparrow strainers mentioned or installed.

The plane has an unclear background. Built originally in 1983 by a Calvin Hansen in MI. All documentation except engine log was destroyed. I have the MK II blueprints from HAPI Engines who designed the prints and I think it was marketed by Viking since their paperwork was attached to it. On the bottom of the plans I found the date of 1984 (not sure if Calvin cut out the canard and did this mod himself???). Plans are the original blueprints- about 4’x3’ w/o any templates. Looking at the canard tip looks like the LS airfoil.

I do know the prop and engine were purchased in 1983 from Revmaster and Prince. It passed through a few people, then I picked it up as a winter project. I am an A&P. I usually work on other types of canards like the EZ’s, and a few Velocity’s but this is the first Quickie I have worked with.

When we picked up the project, we noticed while loading it on our 18’ trailer that the wingspan was larger than my dad’s Q-200 Project and also there was no anhedral (?) built into the canard like his project.

Plane seems to fly alright besides the back pressure and Indicated A/s started a buck around 43 knots I have the sparrow strainers from my dad’s project and have the template as well so I am planning on making a set before the next flight. 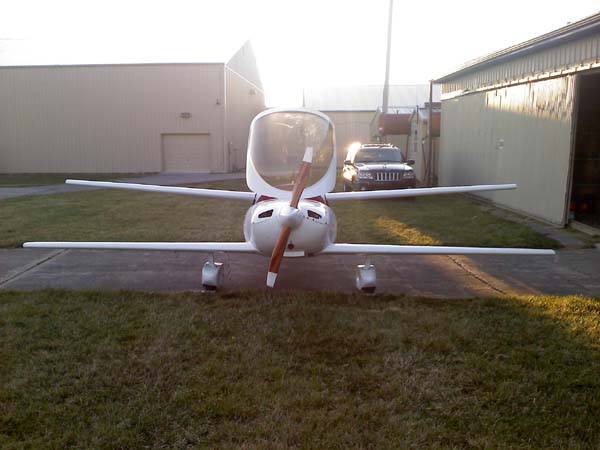