I have to travel to Washington DC for work quite a bit. So like all good pilots,whenever I get a chance, I run over to the National Air and Space Museum on the DC mall. When I get more adventurous I take a drive out to the even more impressive Steven F. Udvar-Hazy Center near Washington Dulles Airport. 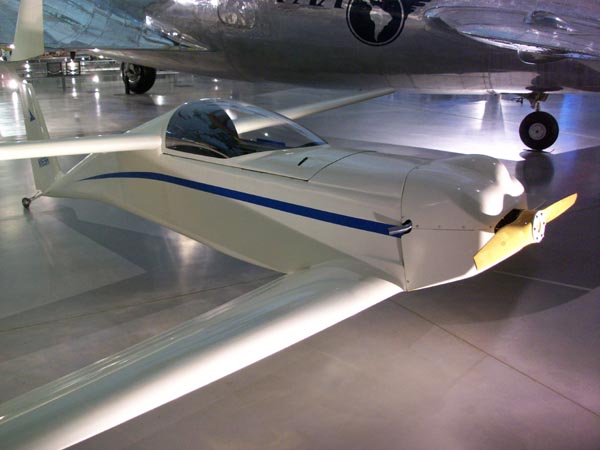 The first few times I tried it, I was unable to see the one airplane that I was REALLY interested in seeing. Namely, the single seat Quickie donated by Mac Cunningham. So when I looked at the collection of exhibits online during my last trip I was very happy to see that the Quickie was back on display! (Needless to say, I dragged my wife out to Virginia to see it.) 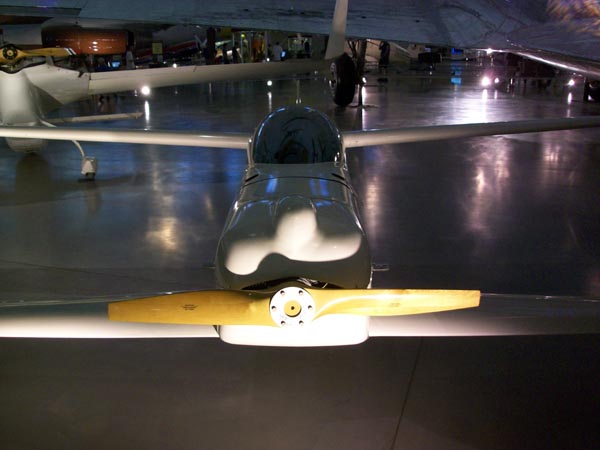 At any rate, it was very cool to see it out there on the floor with the dramatic lighting setup! I had my wife take this picture of me so I could prove that I was actually there. 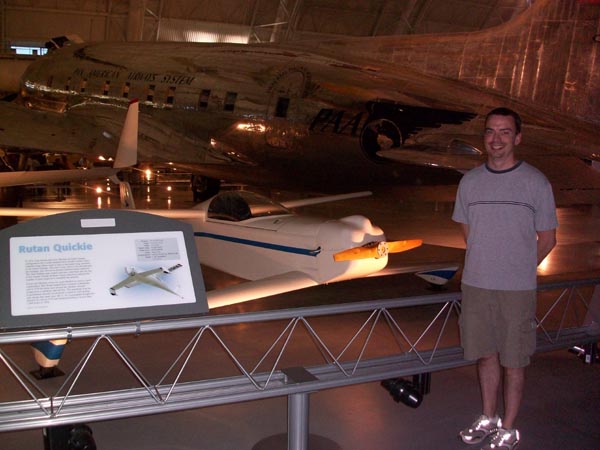 The one thing that disappointed me about the Quickie display was the plaque attached to the handrail near it. (The text of which appears below.)

First, the plaque stated that Tom Jewett and Gene Sheehan designed the plane. We all know that Burt Rutan designed it, and Tom and Gene produced and marketed the kits.

Second, the "main wing. . . served as elevator?" What? . . . Now that's just plain insulting to anyone who owns a canard airplane! LOL! Not only is it WRONG, since the canard serves as the elevator, but it's also in the past tense. I know lots of guys who are currently using the canard as the elevator!

Finally, the plaque showed a photo of a Q-2. In fact, it’s the much abused shot of the Q-2 that accompanies the Rutan Quickie wikipedia entry. On top of that it was a Q-2 registered in the UK. (G-BSPA). Oh the humanity! 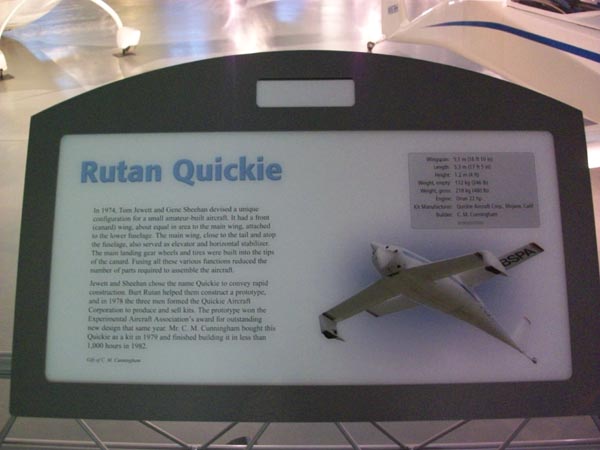 I guess I should be grateful that it wasn’t a picture of a Dragonfly, but I would expect the premiere aviation museum in the US to at least show a picture of the actual plane being displayed!

I shouldn’t complain, the restoration of the Quickie itself was impeccable, right down to the Cowley stickers on the prop. 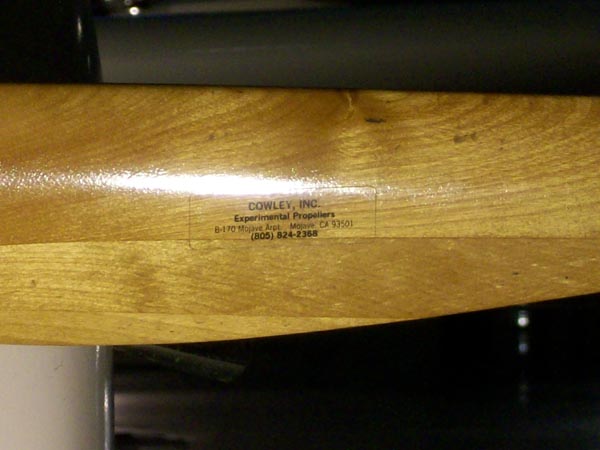 At any rate, if you’re heading to DC any time soon, don’t forget to check out the Quickie at the Steven F. Udvar-Hazy Center. I hear they have a couple of other notable planes there as well. But who knows? I didn’t see any.