Hi Doug! I have attached photos of a hammock that I built to hold my Tri-Q tail while it is removed. Dave Richardson spied it in one of my e-mails, and said I should send you some pictures and an article about it about how I constructed it.

It is 6' in length by 3' 9" wide at the big end and 1' 9" wide at the small end. Using 2x2's, I just laid the long boards out on both sides of the tail while it is still attached to the forward part of the fusalage. I placed them evenly on both sides. I then laid the cross pieces on top of the long boards, and transferred the angle onto the long boards. I used a miter saw to cut the angles. Then, I just screwed the frame together, and added the uprights using 2x2's. Again I eye balled for length (aprox 36") and angle and screwed them on with a support to keep them from swaying either way. 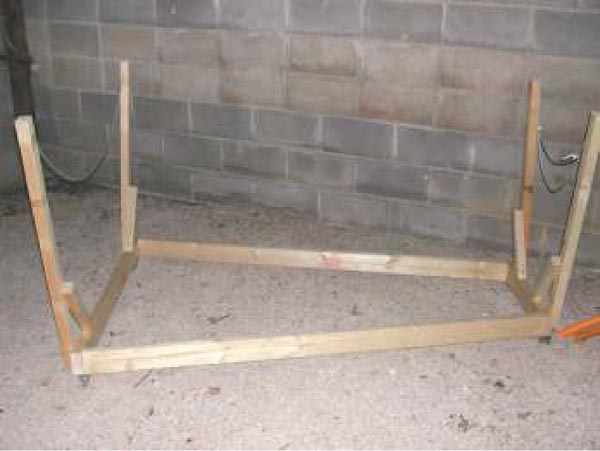 I added four rubber caster wheels to the frame to make it easier to roll around.

The rope is the soft nylon, not the stiff type. I think I used 3/8" diameter rope which was plenty strong. I drilled holes in the uprights at an approximate angle for the rope to pass through. I tied knots in the ends and flamed the frazzles.

Wa la. You have yourself a Tri-tail Hammock! 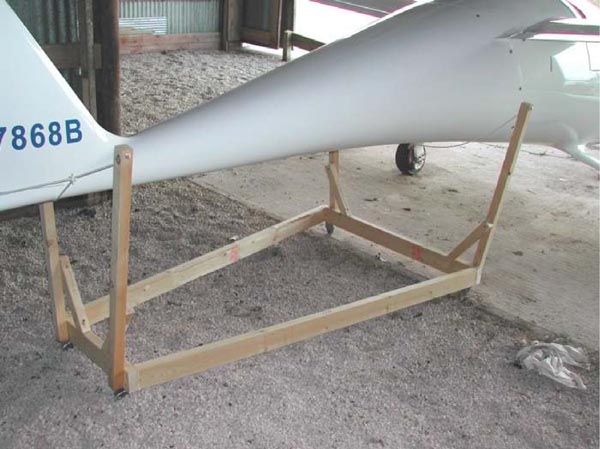 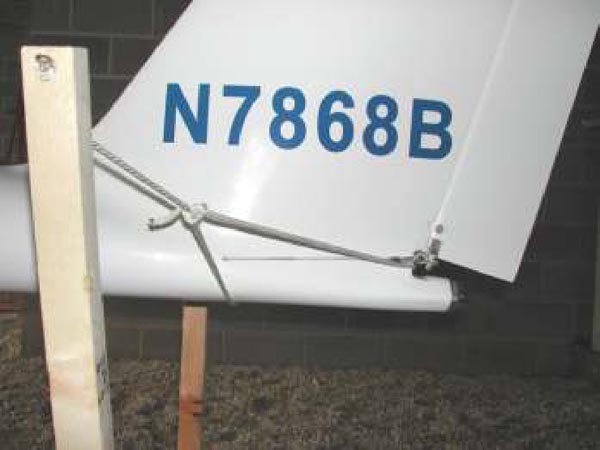 The extra rope on the small end is to keep the tail from slipping out. It rests between the rudder bell crank and the light. Just make a loop and tie it to the support rope. I think it took me longer to write about it than to make it. Mine is about four inches lower than the tail would be on the plane, but that is a matter of preference. I make all the necessary connections and then pick up the tail and slide it on.

It works even better than I could have imagined.

You can order a printed copy of Q-talk #114 by using the Q-talk Back Issue Order Page.