Doug, my "Q" could be considered one of the "forgotten many", being started in 1986 by a guy in Dingwall, Northern Scotland. After he decided to build a house and then buy a part-built RV6, I bought the project in April 1997. That was a long drive - 660 miles at maximum 50 mph due to the size of the trailer! Most of the detailed work on the forward part of the fuselage had been done, plus the foam cores for the wings had been cut. There was no "firewall forward" and no instruments. 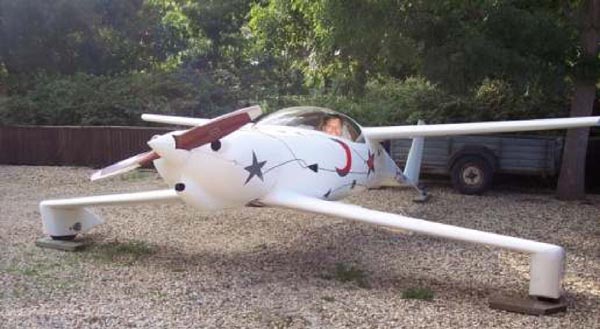 Progress has been slow but steady since then. It has been (and still is) very enjoyable as a welcome break from normal work, although some things would have been easier with a helper! It has also been enjoyable finding the other items needed - the engine, instruments, prop, spinner etc. Bit by bit these were gathered over time as they became available from magazines, ebay, aerojumbles etc. Even the engine (Continental C90/ 0-200) was assembled from parts - each item checked, crack tested, refurbished or renewed as necessary. Did you know that 0-200 crankshafts have habit of cracking round the prop flange? Thankfully mine wasn't.

A big set-back (there are always some) came when the paint (actually white sailplane gel coat) started to fall off the wings. This was caused by poor surface preparation and was a painful lesson as it all had to be removed and replaced. I reckon this added almost a year to the build time and I'm hoping it's OK now!

Choosing the registration letters (a Christmas present from my long-suffering, very understanding wife) was particularly enjoyable. I was a bit saddened to find that "Q" is not allowed, so I couldn't have QUIK, but it would have been taken anyway - there are lots of potential takers out there. So "G-CUIK" it was; a bit tortuous, but I thought better than one associated with my name because in UK you can't transfer registrations, only buy new ones.

The decoration was inspired by a hand-painted Spanish plate that my wife bought at a country show. I didn't want another boring white "plastic fantastic" and the plane is somewhat unusual, so why not the paintwork? I was mindful that dark colors are not good for GRP construction, so there mustn't be too much of it. The largest part is the lettering and UK is not California!

So there we are; G-CUIK is not quite as advanced as it looks, as the prop is hanging on a crow-bar and the spinner (cut down from a Cessna 152's) is held by sticky tape, but the engine should be fitted during October and the panel (and everything else) by year-end. I have been telling people "Next year" for years; but recently, I have been saying "This year!". No doubt those of you who know better will tell me it will be another year or two before she flies - I am hoping sooner. 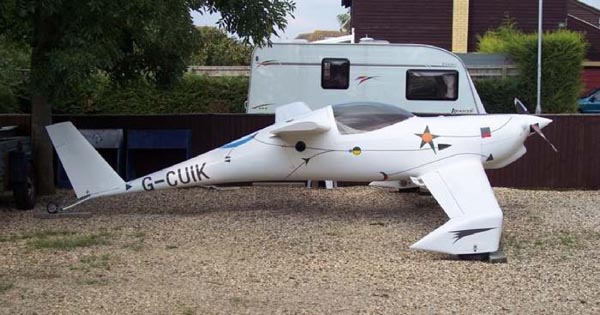 You can order a printed copy of Q-talk #114 by using the Q-talk Back Issue Order Page.