We are sad to announce that long-time QBA member and builder, Frank Follmer of Peoria, AZ, passed away on September 17th, 2004. He was in Hospice care for fourth-stage prostate cancer. His family has our sincere condolences. 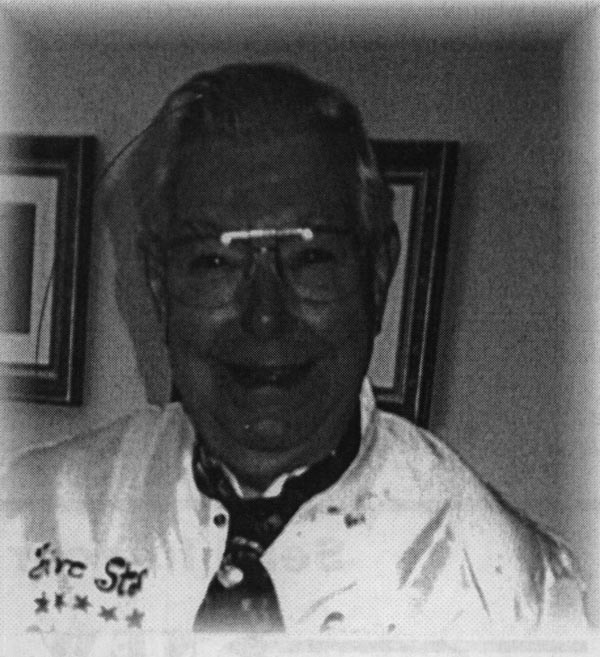 We learned that Frank was a self-made man with an acute understanding of mechanical and electrical meclianisms. Taking management classes at night, Frank worked for 50 years in the boxboard division of International Paper, attaining the position of Superintendent of the St. Louis plant. He moved to Villa Park, CA in the late 1960's and retired in the late 1980's.

Living near Chino, CA Frank discovered Quickie Aircraft Corporation's Q2's and decided he had to build one. He took some flight lessons, but his eyesight could not pass the medical. He gave up the idea of flying, but not building. QBA member, James Postma, was a friend of Frank's as their hangars at were near each other. James described Frank as being "My mentor and he kept me in the game. He was a master builder. He met with Gene Sheehan and recommended changes and improvements to the airplane. Tins is when QAC and Revmaster were at Chino. At one time, most of the commercial space at Chino related to Quickies."

Frank was veiy meticulous about his work. His innovations include:

-The raised canopy - 2 inches at the rear

-Integral position lights in the wing tips (left, right, rear and strobes in one streamlined unit)

Frank actually built both a Q2 and a Q200. Both planes have been flown, but the Q200 crashed due to a prop separation. The plane is now in the process of being rebuilt.

Ed Note: You have to admire this kindred spirit whose passion for the design kept him moving through not one but two innovative Q projects, despite the fact he knew he could not pilot them. Many thanks to James Postma and Frank's son, Fred, for sharing with us a few insights into this unique builder/craftsman's life.

You can order a printed copy of Q-talk #108 by using the Q-talk Back Issue Order Page.