This is nothing new but just a reminder that builders should ensure when fabricating and installing a spinner that there is a tight wedge fit with the front bulkhead. I am now a more experienced spinner builder due to the fact I did not maintain this good fit when I reinstalled my spinner after the annual condition inspection last summer. I noticed during pre-flight inspection at the Tandem Wing Fly-In this summer at Sullivan, MO that my aluminum spinner (model SN-4) was getting ready to depart the aircraft. Several screw holes were either torn loose or cracked and the prop cut out radius areas were cracked. It was not going to last much longer. 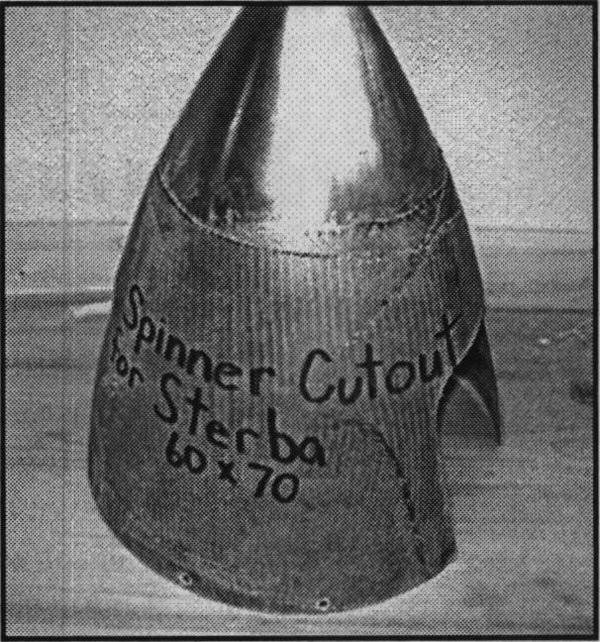 After returning home from the trip, I straightened out the spinner and used it as a template to fabricate a carbon fiber version (weighed 1/2 as much). I also took the time to lay up 3 ply BID around the lower portion of the aluminum spinner, after waxing and releasing. This lay-up covered an area from about 1" above the prop cutout notches, all the way to the bottom. After marking the prop cutout locations, I popped the lay-up off the spinner and cleaned it up. This served as the template to transfer the cutout markings to my carbon fiber version. It would seem that this would also be a slick way to establish proper cutouts when starting from scratch as well. It's much easier to cut, trim, sand, and fit a three ply lay-up around your prop than it is to do the same to your expensive piece of aluminum. Once happy with the cutout, simply slide it over your "real" spinner and transfer the cutout markings. 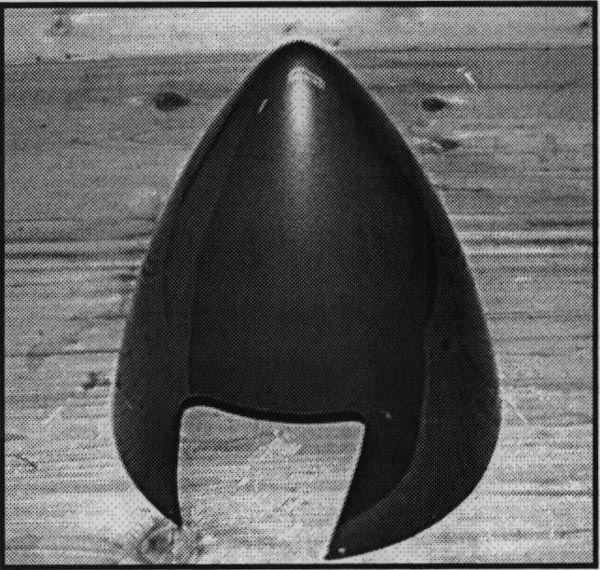 When I built my aircraft, I installed these handy little self- adjusting CamLoc fastener receptacles. I used them for my cowling install and am now going back and installing them on my wheel pants, as well. The fasteners are available from Skybolt Aeromotive Corp. (352-326-0001) model SK213-2. Depending on how many you buy, they cost about $3 apiece. This is more expensive than a standard CamLoc fastener, but you will never worry about having the right length stud available or trying to figure out which stud went into which hole ever again. The receptacle adjusts for varying panel thicknesses so that you only buy one stud length for all your panels. Once the depth is established, a locking pin is removed which "sets" the receptacle permanently in that position. I use a -6 stud for everything. 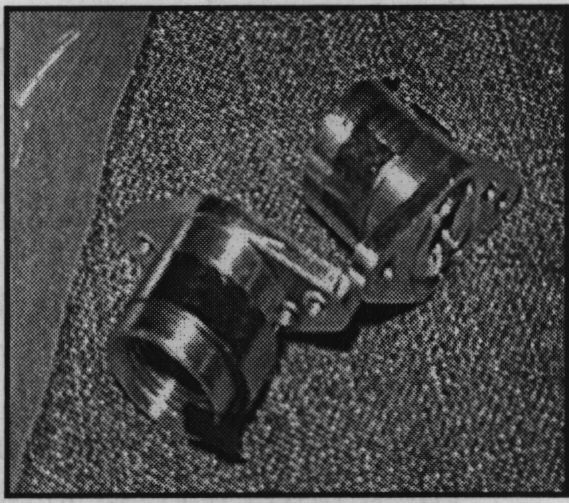 Some questions have been raised about how to help prevent firewall "sag" over time due to engine weight. I don't know how big this problem is, but I took the time when building mine to help ensure a true and solid mount to the firewall. I thought it would be much easier to do this during construction than to retrofit after the fact. The pictures included are not the best, but will, hopefully, help explain One photo shows a vertical rib on each side of the mag box, while the other photo shows the aft side engine mount backing "puck". I think what may help the most is the 2" diameter tapered aluminum puck. This custom made little gizmo spreads the engine loads out over more surface area. It also has a notch machined in it so the head of the bolt won't turn while installing the nuts on the engine side of the mounts. Another photo shows both vertical ribs and a backing "puck". 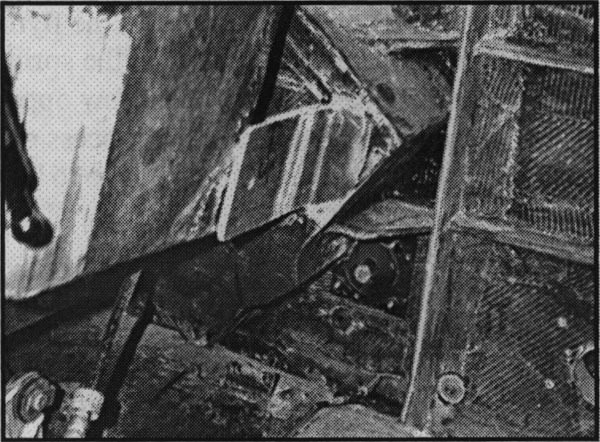 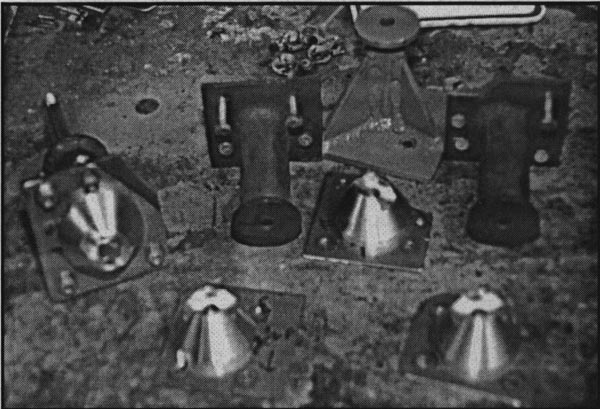