(Ed Note: This is the final installment of this airfoil analysis. Thank you, Mike, for your perspectives. The canard airfoil presented here has not been wind tunnel tested and should not be flown without sufficient analysis and professional testing.) 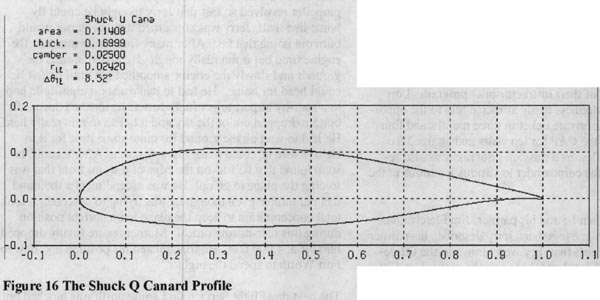 The name of this canard has a nice ring to it. Let's see how the Shuck Q Canard polars look: 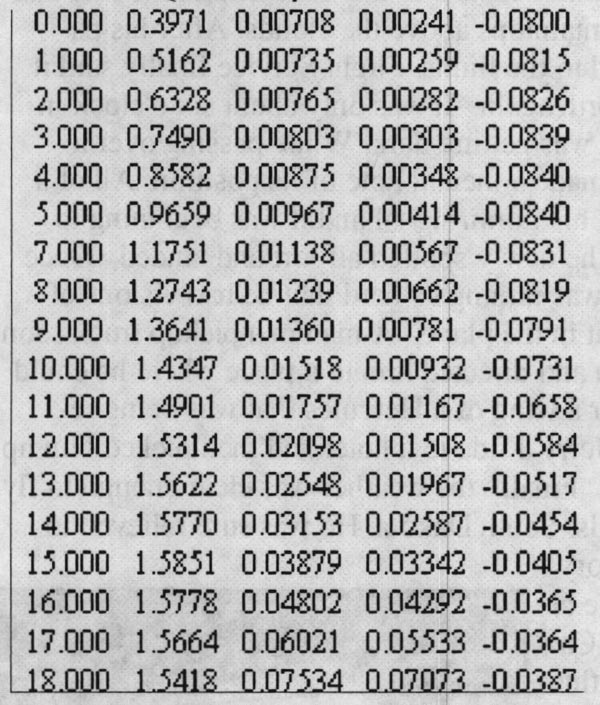 The three airfoils in use on the Quickies work. The GU has some limitations because of rain and bugs. Those people still using GU's likely pick the weather they fly in. The LS-1 works fine and resists the bugs' Splat Factor Effect. My concern. legitimate or not. is that it produces too much lift at too high an angle of attack. A good 3-dimensional study would make me feel a lot better. As far as I know, though, there have been no deep stalls associated with the LSI. so my fears are likely unfounded. The Eppler 1212 works okay for the main wing, but it is awfully draggy at low speeds. This may or may not be an issue depending on your personal philosophy of drag and the lack of flaps. I also believe all the airfoils above can be improved upon. Using 2-d software, we know that the Roncz 1145MS canard will likely work or at least do an okay job using my voodoo, traced coordinates on a single airfoil system.

I'm quite reasonably sure die Shuck Q Canard and Shuck Q Main Wing airfoils will also work, but the gains from them will not be dramatic, but minimal to moderate. We now know how to read a lift drag polar. We understand the meaning of pitching moment and that it can cause increased induced drag and increased trim drag when excessively negative. We know how a canard or tandem wing aircraft can be overdriven to failure. We know that people will spout theory when it comes to tandem wing performance, but the numbers in the actual efficiency races speak for themselves: fact vs. theory. We know that 3-d software and accurate coordinate systems will allow us to have more than just a simple comparative basis to study these airfoils.

You can order a printed copy of Q-talk #97 by using the Q-talk Back Issue Order Page.