When I think of an example of the word caster, the small wheels on a stick found under furniture legs comes to mind. That is not what we are talking about here, though. Rather, we are referring to the caster angle of the Tri-Q nose gear. What is caster angle? To be able to visualize the angle, two imaginary lines must be drawn while looking at the Tri-Q nose gear from the side. The first line extends through the axel of the wheel, straight down perpendicularly to the ground. The second line follows the center of the steering axis or the part of the nose gear that lets the fork swivel around and extends from the closest bend to the ground to the tip of the nose gear. 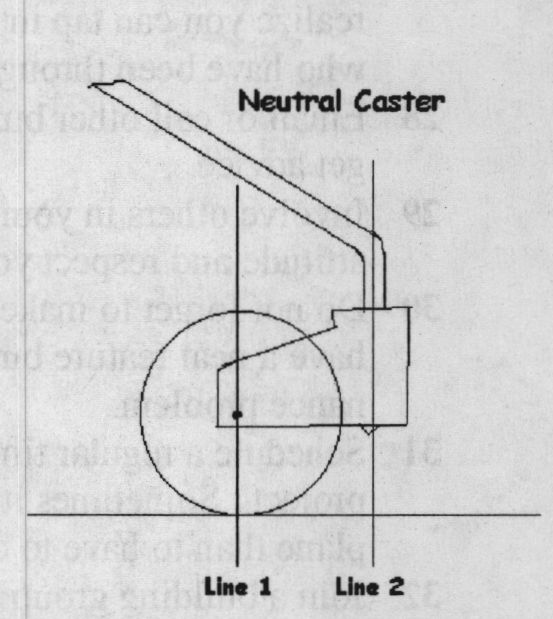 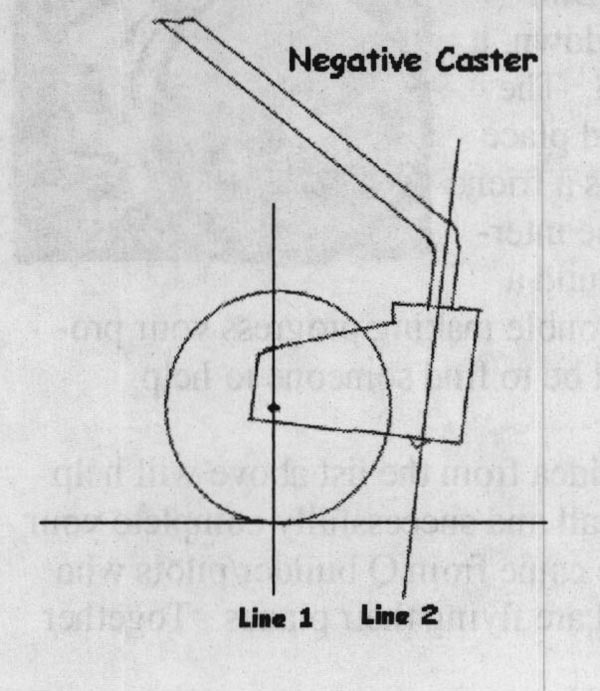 Neutral caster will tend to make the wheel wander and over steer. It may be difficult to return to center after finishing a turn. Negative caster is good at slow speeds because it does not require as much force to change directions. It is susceptible to wobble like a bad shopping cart as speed increases, however. Positive caster can make the wheels a bit harder to change directions at slow speeds but it increases the tendency of the wheel to center after a turn. Cars are a good example of wheel systems with positive caster angles. I had a Honda Accord years ago that had a unique power steering system. When traveling at slow speeds, the power steering provided a lot of help. At highway driving speeds, the power steering was restricted. This resulted in good maneuverability in a tight parking spot and the sensation of a car on rails at a higher speed. 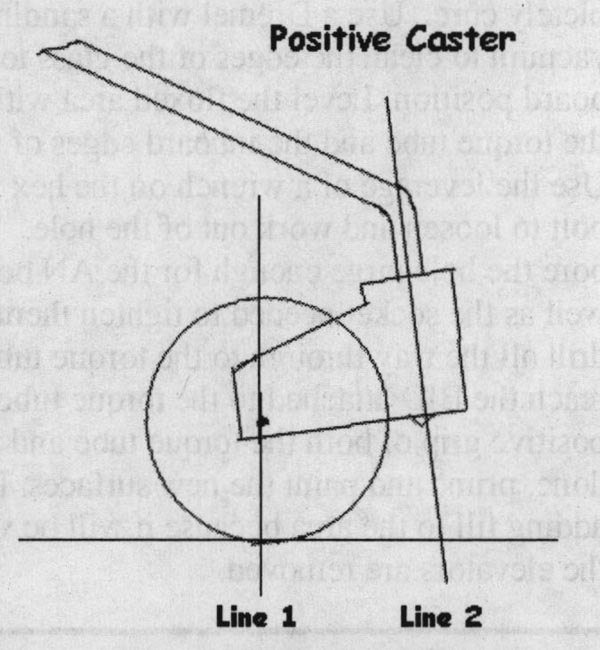 Given those explanations, the Tri-Q nose gear benefits most from a positive caster angle setting. Since during takeoffs and landings you are moving at a veiy fast rate of speed, the ability for the wheel to center itself and not wobble is preferred. The slow speed behavior is a small factor given the effectiveness of the toe brake arrangement on the main wheels.

The Tri-Q manual describes mounting the nose gear ideally at a 2-degree positive camber setting. The measurement should be taken with the mains on the ground representing the plane's position when you taxi. When I checked my caster angle, I found I had a 3 degrees negative caster. That meant I was a total of 5 degrees off. The manual suggested going to a muffler shop to have the gear straightened or bent for the proper angle. I could not find a shop that had the proper equipment. I did locate someone with a hydraulic conduit bender, capable of bending 3A" to 2" pipe. If only 1 to 2 degrees was needed to correct the angle, that approach may be appropriate. I, however, broke my nose gear while attempting to alter it 5 degrees.

There are a couple of other alternatives for changing the caster angle. You may be able to mount the firewall plate higher on the firewall. The gear hitting into the bottom of the canard may limit this solution. You might also be able to add a gentle bend in the portion of the nose gear between the firewall and the nose wheel to get a change in angle. Or shims could be put under the canard spar attach point to get positive angle changes. Expect to place about 'A" of shim for each degree of positive angle change at the nose gear. Another alternative would be to heat the bend right above the fork and bend the tubing while the metal is soft. This is risky because you have to be sure you can maintain the direction of the pipe as you make your bend. The last thing you want to do is to put a left or right twist in the pipe. It would also be important to heat treat the nose gear again to regain the proper hardness. I checked with Scott Swing and he said that the original 3A" - .1/8" wall 4130 steel gear was treated to 48-51 Rockwell, while the newer 4130 style, with the thicker OD but thinner wall thickness, is only treated to 46-48 Rockwell. You now have information needed to intelligendy discuss bending and heat-treating a Tri-Q nose gear. Be sure to talk with a heat treat specialist before you attempt to make any alterations this way. Ask what steps will be taken to assure the pipe remains square and does not twist or bend. For me, I will place shims under the rear attach point before I attempt to bend anything again.