I have been flying my Q-2 in white primer since July 4, 1997 with the Revmaster engine. I have never been happy, however, with the engine's performance at my field elevation of 5300'. Bob Malechek was right when he told me I would not be satisfied with 65 HP.

The Jabiru 3300 makes a perfect engine for the Q-2, in my humble opinion. I spent a couple hundred hours making the change and encourage those also considering this engine to get started. The only structural changes made from the original Q-2 were adding counterweights to the ailerons and the new cowling. N131PS is sporting the GU canard without vortex generators. I have seen many discussions on the internet about the GU canard not being workable for a higher HP engine and higher speeds. My experience contradicts those reports. I found it works just fine. I have also been told the plane would not fly with the engine mounted 5.5 inches from the firewall. The weight and balance that I calculated suggested them wrong and flying the airplane proved them wrong. The lesson learned was to do your own calculations and to do your own trial W/B.

The Jabiru weighs 180 lb., including the muffler, which is 20 lbs. less than the Revmaster. (200LB ready to mount). When the calculations for the CG were complete, the Jabiru was mounted with a 5.5-inch motor mount. I designed the mount with a local hotrod builder and he welded it for me. Anyone that is interested in installing a mount like mine can contact me and I will put you in touch with the builder. He is currently building one for Alan Thayer for his Jabiru installation. The cost at this time is $350.00 and the workmanship is excellent. One of the goals of the project was to keep the engine and its parts in front of the firewall for ease of maintenance. With the help of a spreadsheet that I designed, available upon request, and checking the weight of the Q-2 without the motor, the longer nose was found to be workable. I think that if I were building a Q-2 or a Q-200 today I would build a stepped firewall or something like Kimbull McAn-drew did with his 0-235 installation.

The mag box makes a good place to put the airbox for the carby to handle one of the Jabiru's quirks, the rear facing caiby intake. The airbox was designed to fit the space. It allows the transition of air into the carby and allows a filter to be installed. The airbox is fed with a NACA duct on the right side of the cowling. I used the butterfly and filter from the Revmaster-Posa intake to allow for caib heat. This arrangement may not prove to be the best in the long run but is workable in the dry climate in Wyoming. The filter was retained for the same reason it was used with the Posa. The Bing carb does not like ram air. A conventional carb heat is planned for the future.

The Bing carburetor is interesting because it does not use an adjustable mixture control but it is altitude compensating. I did not know if I was going to like it or not, but as of this writing, it is fine. I rejetted it after 25 hours with a 2.72 main jet as suggested by Pete at Jabiru USA. The fuel burn is now between 4.5 and 5.5 GPH at the cruise RPM of 2750. Not bad for 165-175 MPH cruise. A small tube from the aiibox downstream of the filter must be connected to the carburetor for the proper functioning of the fuel to air ratio. 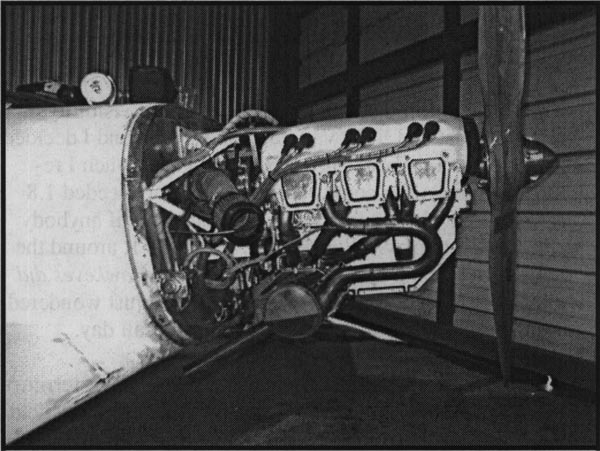 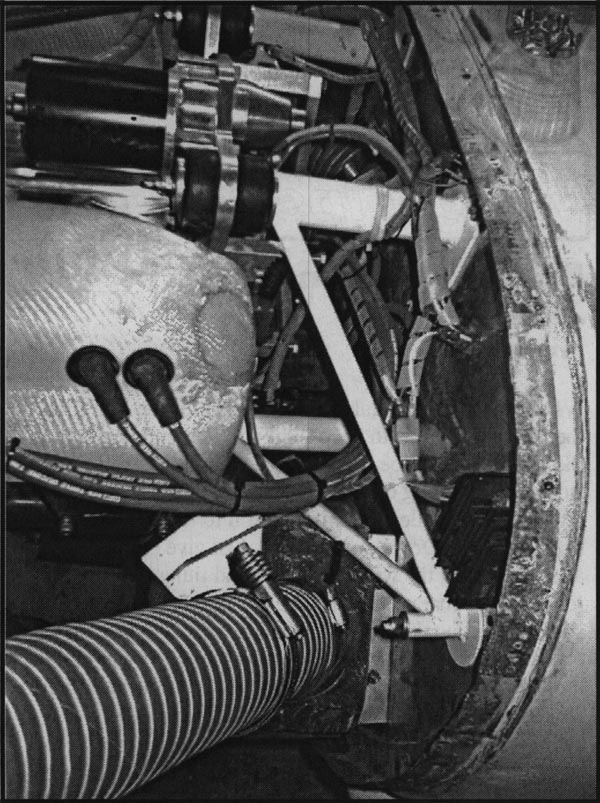 The oil cooler was one of the problem areas for my installation. The oil cooler supplied by Jabiru did not cool the oil enough. At first the cooler was mounted under the engine, like the Revmaster, with an air inlet in the front of the cowling, producing high oil temperatures. I then mounted the oil cooler in the same position as on Jabiru aircraft thinking this would solve the problem but I still had high oil temperatures. I now have a firewall mounted "Positech" 4211 with a NACA duct on the left side of the cowling connected with a 3" scat hose. The exit air is ducted to the bottom of the cowling. I built all of the ducts with epoxy. Another thing discovered was the engine likes to run at the "add" mark on the dipstick, according to the factory. It will run hot if it is full. Also the Westach gauge must be grounded at the engine. I had it grounded to the bus on the panel and this caused the gauge to read high.

The cowling was in many respects the most challenging part of the conversion. I choose to use the Jabiru nose bowl as a starting point up front and a four-inch strip of the original cowl in the rear. The engine was attached to temporaiy mounts while waiting for the new permanent motor mounts to be built. After wrapping the engine in plastic, the space between the nose bowl and the rear was filled with 'A" foam roofing board and left below the finished plug grade. I had some pourable urethane foam that was used to build up the plug to oversize. The foam was poured in small batches into a form made from plastic drop cloth. Shaping began at this point. There were voids in the foam and I used a mixture of the foam grains that were created when the foam was shaped with a suiform plane and casting plaster. This created a good hard surface for the plug but was still somewhat workable (surfonn plane). The final fill and finish was done with wallboard compound. It made a great media for the final sanding and smoothing operations. Mold release coated the plug before beginning the glassing operations. The release used was for polyester resin and it did not work very well. Looking back, I would paint or varnish the plug and then use a release agent designed for epoxy.

Glassing the cowling was the easy part. I used two layers of bid with a layer of Kevlar in-between. My thought was that the Kevlar would help stiffen the structure and reduce the number of lay-ups necessary for the job. I don't know if the Kevlar really preformed as expected but working with it was an interesting experience. I spent three hours doing the lay-ups. The next day I cut along the line of separation of the upper and lower cowling using a die grinder with a thin cutoff wheel. The two halves were then taped together on the outside and the flange built on the inside. The cowling is still in need of final sanding and painting but has functioned well so far.

Looking back I think it may have been easier to build the plug from scratch without the Jabiru nose bowl but I am happy with the result of my conglomerate of methods. I enjoyed the process and recommend it to all that are hesitating to make changes to their aircraft. 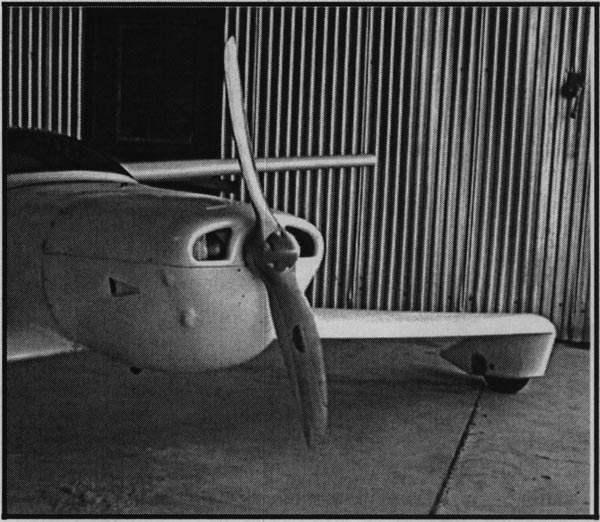 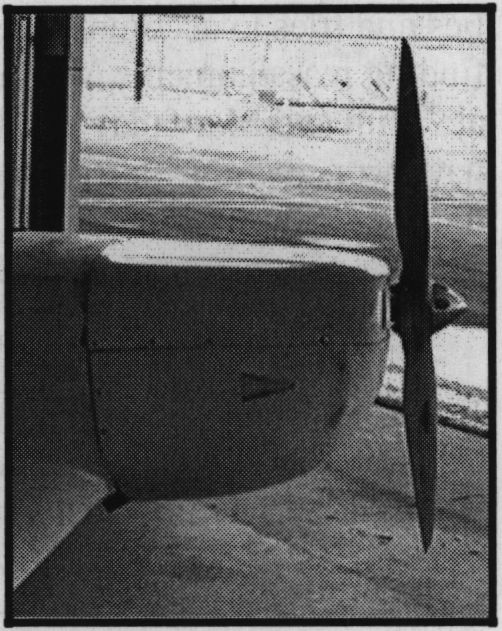 I was unable to identify the type of prop used in any aircraft with the Jabiru 3300 that would fly at 200 MPH. This lead me to call Aymar-Demuth Propellers. He said that the same prop used by Bob Malechek would work but he was booked for six months. A Sensenich Wood Propeller, 56 X 72, was my final choice because they could deliver in 30 days. I also choose to use the Sonex spinner designed to be used with a tapered hub Sensenich propeller. These folks were very helpful. They also guarantee their props to match the rpm within 100 rpm or they will build you a new one. The model is W54SK-72. Total cost with shipping to Wyoming $678.75.

I spent years considering which engine would be best to replace the Revmaster. At one time I had planned on using an EA-81 turbo. I also thought about the 0-200 but the weight concerned me with the GU canard. The cost of the 0-200 was another factor. I figured that I would have 8 to 10 thousand dollars in an engine once I juiced it up. For a few more dollars I could have a brand new engine that was at least 40 lb. lighter. I will be happy to discuss the Jabiru installation with anybody who is planning to use this "wonder from down under".