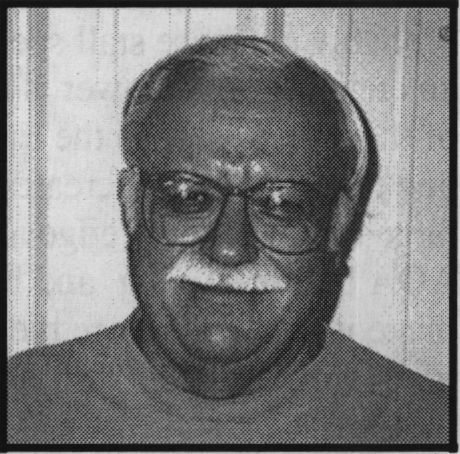 Jim was born and grew up in Miami Springs, Florida near where his father worked as an A&P for Pan American Airlines at Miami International Airport. Jim began building model airplanes at an early age. He hung the planes from the ceiling of the Florida room in his home and even grouped them by the Pacific and European Theaters. He also tried his hand at .049 U-Control model airplanes. Each week he would choose three of his polished models to fly. His buddy would fly a junky-looking model that had wings like Venetian blinds. Jim would circle each plane about two times before they would pound it into the dirt while his friend would fly successfully, rarely crashing. Jim would make the necessary repairs during the week only to repeat the process the following weekend. Sometime during liis pre-teen years, Jim received a 3-view drawing of the German ME262. He used that image to fashion his own balsa wood model that would rival the quality of the plastic Monogram models today.

When Jim was old enough to attend college, he was accepted into a dental school. After his first year, he realized that dentistry was not for him so he changed his major to biology and chemistry. After graduating, he worked for a few laboratories researching subjects such as biological aging. He also helped to do a study on lung disease at a hospital in Miami. That lead to Jim receiving training in the emerging field of respiratory therapy. After yeans of experience in this field, Jim became associated with a Texas company that wanted to supply hospitals with the equipment and manpower to run a respiratory therapy department. He helped to create a school for the company and called upon a former colleague, Mary, who later became his wife, to help teach in this school. During the 20 years spent in the medical field, he worked his way up the ladder in many different hospitals, each offering a bigger and better job. He eventually became the president of the state's iespiratoiy therapy society. He later moved to Dallas to teach at a junior college and then managed a big hospital also in Dallas.

A medical group that wanted to include a respiratory therapist in their air ambulance service approached Jim about joining their team. He had already had flight training and had earned his commercial and multi engine ratings by this time. He agreed and his first flight was in a King Air from Houston to Oklahoma. He noticed that there was only one pilot on the flight. He casually mentioned that he had a commercial rating and the pilot said,"Good, you can fly on the way back" Jim began a slow transition from respiratory therapist, to co-pilot that was also a respiratory therapist to a charter pilot. After some time, the life of a charter pilot became less romantic. The up side of the job, however, was that it provided free time that could be used to build an airplane. He narrowed his choices to possibly building a Quickie, a Sonerai or a Thorp T-18. During Jim's high school years, he had done some auto bodywork and he felt he could master the fiberglass skills needed to construct the Quickie. The other planes were either too complex or required too many individual skills to be reasonable. Jim thought he could commit to about a year and a half to build a plane. After reading the literature provided by QAC, the 500 hours they said were needed to build the plane seemed to fit the bill. Well, the so-called year and a half turned into 5-year project. Jim's only regret was that he did not make the two-place version so he could share the joy with is wife.

When the Quickie had finally outgrown the garage workshop and it was time to take it to the hangar, a group of Jim's buddies gathered to help load the plane onto a trailer. A Q2 buddy, who had also taken his own plane to the airport, drove the truck and Jim followed behind in his car. Not long after leaving the house, Jim noticed that the telephone poles were placed very close to the edge of the road. Just as he started to move into the passing lane to warn his friend, the right rear wingtip struck one of the poles. What a discouraging situation! Jim decided to take the plane back to his house. Once they got the plane off the trailer, Jim asked everyone to leave. He did not want to be consoled; he just wanted to be left alone. The driver who pulled the trailer was so upset that he accidentally flattened his own mailbox while pulling into his driveway. His wife could not get him to tell her what had happened for a long time. All of Jim's friends left but one, Darrell, a pipe smoking KR2 builder. He ignored Jim's pleas for him to leave and studied the plane's damage. He finally pointed to a spot on the wing with the tip of his pipe and asked, "I wonder what you would find if you removed this piece and looked to see what has happened behind there?" Reluctantly, Jim got out some tools and removed the piece in question. Soon Darrell suggested the removal of another area and Jim complied. When Darrel finally left, Jim had already begun work on the repair and realized the world had not come to an end. The fix only took a week to complete. The plane arrived at the aiiport only three weeks after the original date. Jim really appreciated Darnel's friendship and his help in getting him back on track after the accident.

The hangar that Jim built houses his four planes: the Quickie, awaiting a Rotax 503 to be installed, a crashed Q2, a stalled Q200 project and a Piper Colt.

One of Jim's memorable flights in his Quickie was with fellow Quickie pilot, Mike Conlin. They taxied out together and Mike lined up on the runway first. He radioed Jim asking, "Why don't you join me?" Jim lined up next to Mike and they performed a formation takeoff. For Jim, there was nothing like looking over and seeing a plane just his own in a takeoff roll and later in flight.

The first date Jim and Mary had was flying in a Cessna 150 over Miami Beach at sunset. What a romantic dog, right? Maiy worked for many years as a respiratory therapist, taught with Jim and was even a part of the air ambulance service.

For the last five years she has worked with Southwest Airlines as their non-legal expert on the Family and Medical Leave Act and the Americans with Disabilities Act. She has a dual role. She reminds the company of their responsibilities and tries to accommodate the ill or injured employees, finding reassignments within the company when appropriate. Jim and Mary play golf in their free time. They also have won awards, both individually and as a couple, on their handmade quilts. Jim has a growing collection of airplane material that may make a beautiful quilt or another project someday.

Jim's philosophy throughout his years of experience with Quickies has been, "Dont reinvent the wheel. You can finish faster and have a better, safer plane if you take advantage of all the knowledge that has gone before you. Read the back and current issues of Q-Talk, go to fly-ins and your chapter meetings to talk to the guys who have done what you are about to do. Don't take pride in your ignorance; stamp it out." We think that's great advice from the founder of the Quickie Builders Association.