Now here's the kind of pilot profile I like to print - one with drama, mystery, romance and a happy ending. It is a story long in coming, and many of you will recognize a carbon copy of your experiences here. Comfy? Enjoy. 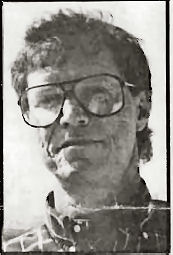 I know you encourage us to write more often, but like a lot of guys, I have made every excuse in the book. I didn't want to take time from building; I was too frustrated; I just don't like to write. Well, I finally quit making excuses. Problem is, then I couldn't stop. I don't know what you'll be able to do with all of this, so I'll just print small.

I'll try not to wait so long next time. I sure have a lot of dues to pay to all the guys who did write. The newsletter kept me going and I am finally flying.

Once upon a time, a long time ago, a young man from the mountains of North Carolina was browsing through a magazine rack at the local drug store, when he was suddenly drawn to the cover photo of Popular Science. There was this sexy, canary yellow flying machine that looked as sleek and slippery as a seal. It was love at first sight. The young man, who had always dreamed of flying, but had never even had a lesson, had to have one of these airplanes. Upon further investigation, he learned that with a little skill and a few hand tools he could build one in his garage. Since he had always loved to create things with his hands and wasn't afraid to tackle any project, his fate was sealed.

That is how Q2 2080 was conceived, and I started down a long road to becoming a pilot and aircraft owner. After receiving and studying the information packet from Quickie Aircraft, I decided that I could indeed build my own aircraft. That in itself was almost as compelling as the thought of flying one of these irresistible beauties. I called Quickie to place an order but they referred me to the N. C. distributor in North Wilkesboro.

Since my wife and I had only recently been married, this sudden obsession, literally out of the blue, came as quite a shock to her. Though I managed to convince her that I had always wanted to fly and that building my own plane was a way for me to achieve this lifelong dream. Our visit with the Q2 dealer did nothing to reassure her. He informed us that he had a kit in stock that was immediately available at a discount price. Someone had purchased it, but then asked him to resell it before ever beginning construction. My wife, of course, asked why the previous owner had such a sudden change of heart. The net result of his explanation was this: It seems the previous owner's purchase of a kit to build an airplane in his garage was the last straw for his wife. She proceeded to have him committed to an institution and placed the kit back on the market. You can imagine how warm and secure my new wife felt then. Over the years, after visits to Oshkosh and realizing that her new husband was a fairly stable guy, she became very supportive and even helped out from time to time. Now building could begin in earnest (no pun intended).

I have no doubt that a Q2 can be built in the advertised time of 500 hours provided you stick to a few simple rules. One - Build strictly by the plans - no changes or additions. Two - Make all corrections to the plans before beginning. These are easy to overlook. Three - Make each part only once. As a bit of a perfectionist, I remade many parts over and over as my skills improved. And finally - Study the plans and instructions carefully so that everything is done in the most efficient order.

Of course, I, like most other builders, did not follow these rules and ended up spending at least four times the estimated hours. The first few changes were harmless enough. I decided to install dual rudder pedals and then the hydraulic disk brakes. Next came the T-tail pitch trim that was later replaced with a manual aileron reflexor, and still later by a servo-powered reflexor. Each change, in succession, became more difficult, more expensive, and more time consuming. Next, the Q200 option became available, which meant a rebuild of the canard and firewall. Probably the most frustrating change was modifying the cowling so that I could install a vacuum pump and a Cessna carb heat box and air filter.

Just about the time I was finishing up my Q200, I began to hear horror stories about ground handling problems with the design. A friend completed a Q2, flew it three or four times, then parked it and refused to fly it again. The last time I checked, it was still sitting in his backyard. I wrote EAA and got copies of accident reports that further shook my confidence. Most of the accidents seemed to be caused by loss of control on or near the ground. By now I had taken flying lessons and, with about 55 hours, received my private license.

Since I no longer believed the Quickie Aircraft hype "No experience required" and was not painfully aware of how little experience I had accumulated, I decided to convert my plane to a Tri-Q before making a single flight as tail dragger. It really hurt to take a hand saw to that shiny machine I had labored on so long, but it had to be done.

The Tri-gear conversion plans and materials were first rate. Scott Swing was also helpful, professional and a pleasure to deal with. Sport Aviation needs more guys like Scott. Even so, converting and refinishing the plane was a sizable project, but I finally got it to the airport.

The FAA was very prompt and I had my plane signed off within a week of my call. I was now five years older and ready for that first flight.

I was required to have ten hours of dual to obtain liability insurance so the first flight was made July 8, 1988, with an instructor in the left seat and myself in the right. Boy, was I pumped! Everything went fine except that the oil temp began to inch into the red after about an hour. The oil temperature continued to be a nagging problem on the next four flights. On the third flight, the fuel pump clogged with microscopic fiberglass particles, but the squeeze bulb got us back with no problems. There had been conflicting information about the placement of fuel filters, but believe me, you need one in front of the fuel pump. Also, check it often! Flight six turned out to be a real low point in my life. It was my first flight in the left seat, and my first landing. We were ten feet high over the threshold when my now nervous instructor reached over and grabbed the stick. I probably don't have to tell anyone who has flown a Q2 what happened next. The nose pitched down violently and, at 90 MPH, we struck the runway nose first. The fork failed upward causing the nose gear to dig into the asphalt. Our momentum then ripped the nose gear back and off at the firewall. I was later surprised (considering how hard we hit) to see that the gear had not failed upward. We then proceeded to skid to a halt off the edge of the runway. Luckily, neither one of us was injured. The only bruises were on my left and the instructor's right shoulders from the canopy latches. I certainly have a lot more respect now for the strength of composites, because we really hit the ground hard.

Though the most injury was to my pride, we had shut down the airport for at least 30 minutes and done considerable damage to my plane. Casualties included prop, cowling, air intake, carb, oil sump, nose gear and skin damage to the canard. Surprisingly, no damage was done aft of the firewall except superficial damage to the canard. The main gear is really stout.

I know Quickie has been criticized for many things, but I only have one serious complaint, though it is a big one. Advertising a Q2 as an excellent plane for a low time pilot and as a plane that you can use to earn your license is irresponsible and almost criminal. This plane is not a trainer, and you are kidding yourself if you think flying a 152 for 40 or 50 hours prepares you to be anything other than a passenger in a Q2. I think this misrepresentation has given a terrific plane a bum rap. It is a great plane, just not the one I thought I was purchasing.

I have had several people try to shift the blame for the accident to my instructor, but I know they are wrong. He was sitting there, with no controls; in what he felt was an unstable approach. He made a decision to do what had always worked for him before in a trainer. I was more knowledgeable about the characteristics of the plane and should have established a plan before we took off. All that would have been necessary was for him to say, "Let's go around". The mistake was made on the ground before takeoff, not when the accident happened. Hopefully, we both learned from the experience.

To say the least, I was pretty disgusted at this point, I had worked about one year for each hour of flying time. I was in no mood to work another year for another hour of flight, so I took the plane home and parked it in the garage. That is where it sat, untouched for the next three years.

I joined a local flying club that had three Cessna's and flew those for a while. It soon became very frustrating, not being able to get a plane when you wanted it. Everyone wants it - on nice sunny days and holidays. A couple of years of this convinced me to rebuild my Q200. It took about a year of spare time to repair the damage and refinish the plane.

I learned that I could indeed get insurance without the ten hours of dual that I had thought was necessary. You just have to get a waiver that excludes any passengers until you have completed the time required. I wasn't about to take anyone up in the Q200 again, so I spent about six hours with an instructor getting a thorough check out, with a lot of emphasis on emergency procedures.

On June 7, 1992, N479E flew again. This time I took it up alone. When I cleared the runway, I thought to myself, "What have I gotten myself into? How am I going to get this thing back on the ground?" Luckily, everything went without a hitch. It just went a lot faster than I was used to. This plane does everything fast. I've got a lot of practice ahead to get my proficiency up to speed and I'm really looking forward to it. I'll keep you posted as my test flights progress.

I'd be glad to hear from other builders, so please print my address and phone number. 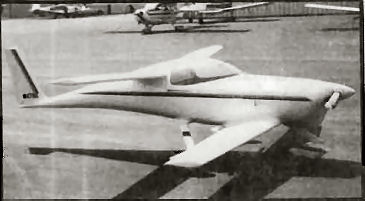 You can order a PDF or printed copy of Q-talk #37 by using the Q-talk Back Issue Order Page.