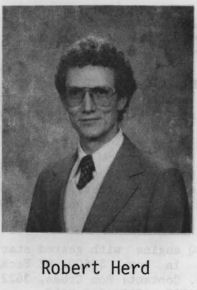 QBA has been extremely enjoyable and I've been very impressed with the caliber of our members. However, it seems that Jim and I have to continually "pull teeth" to have everyone send their builder tips and comments. With the amount of time we spend in editing and publishing QUICKTALK, it's only fair that builders take a couple of minutes to write. I guess until we no longer have 10% of our membership producing 90% of our material, I'll still be on everyone's case.

Like many, I have had a few disgruntled feelings with QAC's builder support and updates to the plans. Unfortunately, it appears the QBA took over several needed duties, which should have been performed by Quickie Aircraft. The Varieze Hospitality Club functions primarily as a social organization, no doubt due to Rutan's excellent technical newsletter, CANARD PUSHER. It will be a relief if Quickie and Q2 owners can also worry more about WHERE to fly, rather than IF they can fly.

My introduction to aviation proceeded just like any other kid bitten by flying. I joined Civil Air Patrol at age 13, bought my first airplane (a 1946 Ercoupe) at 19 and naturally drifted toward EAA after college. My original motivation in building an airplane was entirely economic. With the continued rise in fuel, hangar and maintenance costs, the advantages of homebuilding were very compelling. I was to learn later that the benefits of construction go beyond monetary terms.

The choice of a single-seat airplane for my first kit was in part due to it being my learning curve project. (The eventual two-place plane will be the "trophy hound".) If the Guinness Book of Records ever has a category for "Longest Time to Build a Quickie", my project should be in the main contention. Admittedly, my pace has hardly been frantic, but I claim an exemption due to a few diversions (obtaining an engineering degree, moving half-way across the country, spending a LOT of time with QUICKTALK and so on). My kit will celebrate its third birthday in the fall and this tardiness has become a personal sore point. (I cringe every time someone inevitably ask me, "Is your plane flying yet?")

The day will eventually come when I'll touchdown with my little beauty at Oshkosh and can bask in the feeling of accomplishment. I only hope I'm not on Medicare when that time arrives. 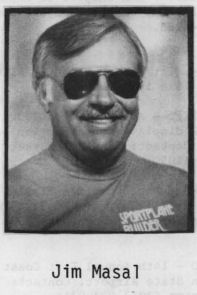 After nine straight summer Oshkosh visits and much agonizing over the wisdom of building anything that flies, I took the plunge and placed a Quickie order in August 1980. I did it just to see if I could and also because I hadn't been flying much due to the expense. Two months later, I took a job as a charter pilot and was up to my ears with flying in King Airs and Barons. The charter business is much like the Army - 'Hurry up and wait'. My fellow pilots considered me somewhat unbalanced to be building anything, much less something without closely spaced rivets. Another pilot reported "something like yours" on a ramp in New Braunfels, Texas to which I soon arranged one of my 'waits'. To shorten the story, I flew the little begger, registering both elation at the opportunity and stark terror at the climb rate. The pilots avoided me for awhile, but I continued building undeterred.

That next summer, having been aggravated by poor service and a virtually worthless newsletter from QAC, I bumped into Robert Herd at Oshkosh. Following some animated discussion, QUICKTALK and QBA were hatched over the usual dining room table.

Meanwhile, building continued in fits and starts. I found that my all-inclusive kit ("except paint and battery") could not be completed with just industrial scissors and 29 cent paintbrushes. I determined to minimize my purchase of special tools and absolutely not make major alterations to my garage to build this plane. These were austere decisions which slowed down the building, especially due to lack of heat and the occasional rainstorm now that it won't fit in the garage anymore.

After almost two years of building, last summer I had a thing that looked like an airplane. Soon after, I entered the "doldrums". This phenomenon occurs when hours of work result in big pieces of any airplane. Suddenly, hours of work produce little or no visible change. It took forever to get the controls in and rigged. Motivation took a steep drop. One day in March I realized the end was actually in sight, spring had sprung and daylight savings time would give me an extra hour to work.

You can order a PDF or printed copy of QuickTalk #10 by using the Q-talk Back Issue Order Page.