/Like many of us, Bob Falkiner started as a low time Cessna 150 pilot who decided that he either had to buy or build an airplane to afford his cross-country flying. The economics of renting a 100 MPH gas-guzzler for a weekend were "somewhat unattractive". Bob lives to the north of us in Sarnia, Ontario. Many of you may remember him as the distributor of the "Poor Man's Epoxy Pump" mentioned in earlier issues of QUICKTALK./

I got interested in flying as a result of my job as a research chemist/engineer in the area of automotive and aviation fuels. After a couple of years exposure to people in the aviation industry, flying seemed like a logical extension. A remarkably high percentage of people working in aviation related industries are private pilots or homebuilders, and I've been fortunate to meet quite a number of them over the past few years.

My mind was made up to build an airplane after tracking down Mike Davenport of LeGare Aviation in a Vancouver shopping center. I was hooked as soon as I sat in the cockpit of the Quickie he had on static display. Mike also told me there was a dealer 100 miles away from Sarnia, but thanked me for traveling the 2500 miles anyway. Thus, I became a member of the lunatic ("You're-building-a-what?") fringe.

My story as a Q2 builder may not appear as exciting as others, because I'm only about 50% into the project. I've had the kit for 23 months, but have also moved twice with it, got married, bought a house, fixed a bathroom, kitchen and living room, re-wired and re-shrubbed. Working on the plane has been more therapy than work. The project has been enjoyable throughout, except for when I glassed the FS120 bulkhead in before doing the inside split line tapes. I'm 5'11", 195 lbs, and it took 4 hours of contortions in the tailcone to put those tapes in. In spite of the odd mental glitch like this, I'm confident that I'll finish the project and will have a respectable aircraft for a first effort. As one builder said, it's not my life, just a pleasant stop along the way. There's no fixed schedule, but I expect to be flying into Oshkosh in '84. My time to build will be about the same as my time to pay. This is about optimum, as near as I can figure.

I have no previous building or modeling experience, but was fortunate to find John Wirta, another first-time Q2 builder in the area. John and I help each other out and talk regularly. This is an ideal way to build, and I highly recommend the "buddy" system. We only used "casual labor" once, and he left suddenly halfway through a wing layup to pick up his girlfriend! A thing like that can ruin your whole day. Much better to use fellow builders since the more you do, the better you get. We did 8 wing layups in 5 weeks, with the longest being 4.25 hours when the cheap help left early. Two work on the layup, while a third mixes epoxy and helps lay on the spar caps. We also did 2-man main wing layups, but I don't think you can do this without an epoxy pump. Two people have to understand the process and know what is expected of them at all times. This is also an unabashed plug for the Poor Man's Epoxy Pump. The offer of $1 for plans or $14 pp complete offer still stands for QBA'ers.

My wings have been inspected and are waiting patiently in the garage while I assemble the fuselage in the downstairs rec room. Space is at a premium, and I think the house will look good with a wider, back door. My bulkheads, gas tank, firewall, consoles and canopy are all installed. The vertical fin, ailerons, elevators, wheel pants and instrument panel are all fabricated and ready to install. The shells and canopy were glassed together first, so it was assembled from the outside inward. I did not follow the order in the plans because of the problem others had mating shells deformed by bulkhead installations. Working inside the shells is not more difficult (provided ventilation and mask) and results have been good to date. I currently have the front fuselage mounted turntable-style as per a previous QBA tip, so that I can dry mount both the wings and engine before moving out to a larger work area.

John is much farther ahead, even though he's had his kit seven months less. He is into Feather Fill (awful stuff - ventilation a must), and is anxiously awaiting an engine. He does spend more time per week than I do, but he is also more productive per hour. I tend to waste a lot of time planning (i.e. daydreaming) and usually only have one work piece on the go at a time. John had his fuselage setup in the garage and jigging table in the basement, so he always had some job that could be done. When I started, I did not appreciate the advantages of a large work area, and would say that you really need the equivalent of a two-car garage to be efficient.

I don't have any major gripes about the distributor system except for prices and the money "up front" policy. Service in general has been good. I have not had backorder problems (although my frantic pace probably hasn't tested the system). John has been caught this way and we've traded parts back and forth. There is not enough BID, epoxy, micro or flox in the kit. The local dealer exchanged excess UNI for BID, but we have to buy the rest. Being Canadians, QAC in Mojave will not talk to us because we are out of their jurisdiction, and I'm not impressed with the supplemental technical support supplied through LeGare Aviation. I have yet to be convinced that there are significant advantages in a T-tail over aileron reflexers that would justify the additional weight, complexity and stresses imposed by a T-tail. The argument presented to me is that decreased canard loading from negative T-tail forces is preferable to main wing lift loss from aileron reflexers. (Is there anyone out there who can comment?) To be fair, I saw my first T-tail installation last weekend and it is more solid than I expected. I don't trust things that are unnecessarily complex, so will not install one until some concrete advantages are demonstrated. In the meantime, I'm considering going with a reflexer cam of my own design to deflect the same as the QAC system, but requires no new parts except a 4"x6" piece of phenolic and some spare aluminum plate.

To each his own. 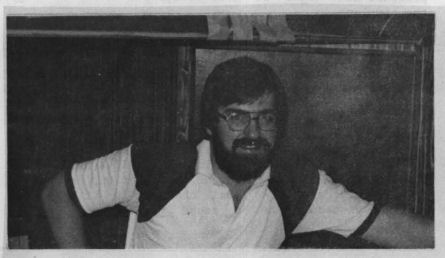 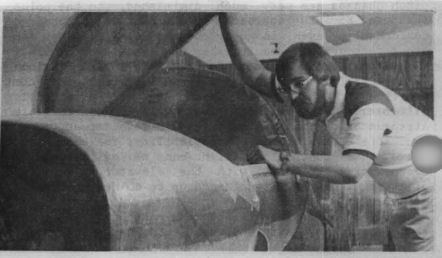 You can order a PDF or printed copy of QuickTalk #10 by using the Q-talk Back Issue Order Page.