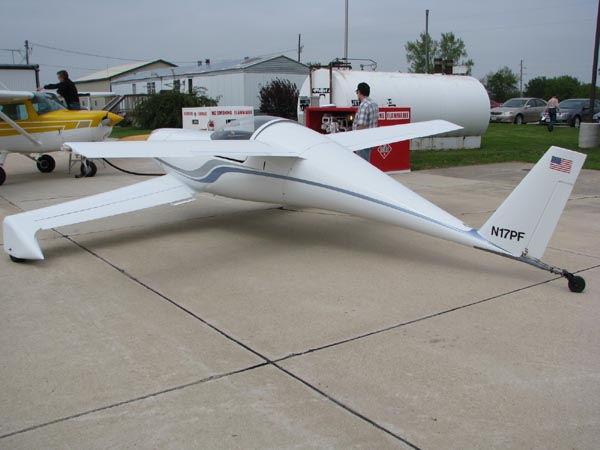 The Spring Fling was more like the Spring Rain.

We had three planes fly in. Early on Friday Paul Fisher flew his Q200 in from Davenport, a lengthy trip of 120 miles. Followed by Terry Crouch in his C152. Terry is still changing the engine in his Q1.

So, we were off with a great start, even though the weather was only a bit above minimums.

Meanwhile Lynn French was trying to work through some ignition problems before he could fly.

Next to arrive was Jim DeBoer from Carroll IA as a drive in. Jim had a Q1 but has no current Q project now.

The arrivals continued with Keith Kerr from Postville, IA. Keith has a Q2 he is rehabbing, and Phil Christiansen from Rochester MN is rehabbing a Dragonfly, both drive in's.

That rounded out the group for dinner on Friday at a local sports bar, well at least for some of us. The place was so busy that Phil and his wife went down the street to a pizza shop. 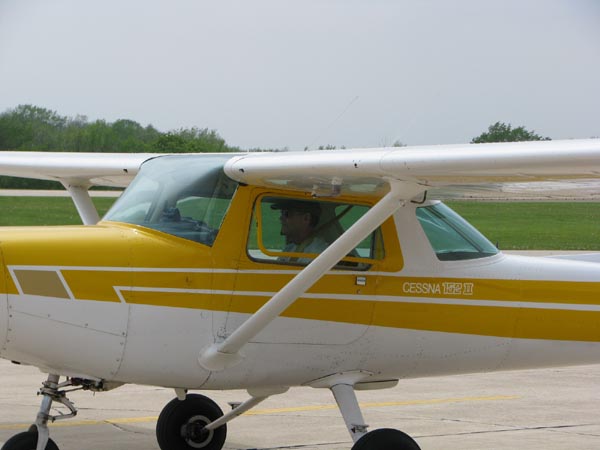 Saturday was not very good weather wise either. As we were hanger flying, Jeff Sell from Beaver Damn, WI drove in. He is working on a Q200.

Just after Jeff's arrival, I got a text message from Sam Hoskins saying he was 45 minutes out. A call from Lynn French with much conversation about the weather, concluded with him staying in NE. A good choice as the weather in route went from bad to badder! Or in other terms, from partly shitty to very shitty.

We were all getting ready to eat, when I got a call form Sam and he asked if he was at the wrong airport. I thought he was kidding and probably taxiing up to the hanger. However, he had gone to Iowa City, landed, and we were not there. Now he had to fly another hour north into the bad weather. He said he would give the weather another hour, and if it was good enough he would fly up. Hearing nothing further, and the weather starting to get above minimums, Terry and Paul decided to bug out. Just about the time I gave up on Sam he he came like a bat out of hell across the field, followed by his signature low pass down the runway, pulled up and made another circuit and landed. The mood was uplifted enormously.

He had to make a delivery of Big Muddy Monster to yours truly. Mission accomplished! 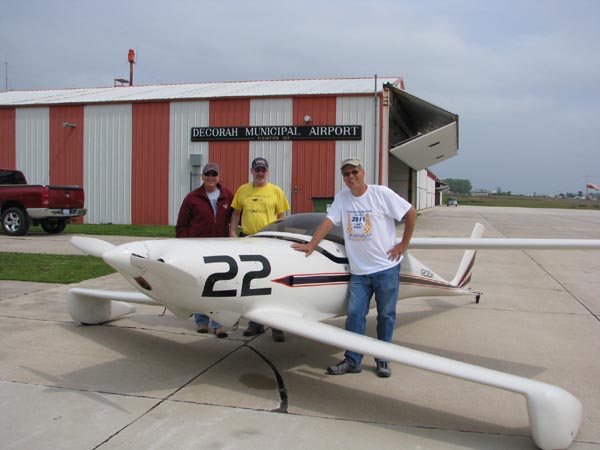 A good lunch was served by our airport hosts, Mike and Ava Connell. Great food, served in the pilots lounge. Keith Kerr brought the brownies!

Paul was wheels up first, followed by Terry and Sam about a half hour later. There was bad weather moving in from the west when they departed. All flights arrived safely at their home hangers without trouble.

The rest of the drive in's did some more hanger flying and slowly dwindled to just two of us. Jim and I went for pizza and a beer, and called it a Fling.

There was some talk about moving the date next year, but that remains to be seen.