Site news with links and other quick information will be posted here.

This article is about repairing the Revmaster engine on our Q2. In 2013, after 20 years and several hundred hours of flying, our Q2’s Revmaster engine finally bit the dust. It developed a vertical, 7-inch crack in the right side front of the case below the oil pressure fitting. See picture 1. We decided the case was not reparable, which called for either a new engine or a new case. We knew the rest of the engine was in good shape, so we decided on a new case and ordered a new, completely-machined, magnesium case from Revmaster, along with a set of new crank, cam, and rod bearings. 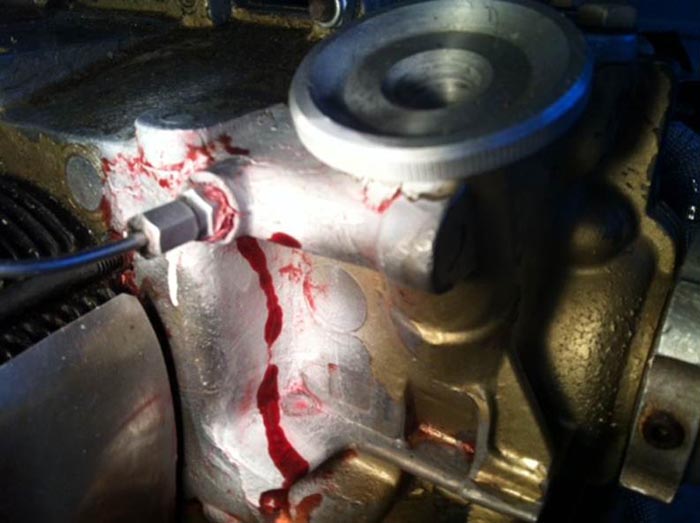 My partner in the Q2 and I discussed the repair job, and not having a repair shop in town that we felt would tackle the repair job, and me having a lot of experience in VW engine tear down and repair, we decided that we could do it ourselves. Although we share our hangar with a Cessna 150, the hanger is large enough to provide the needed work space.

While waiting for the ordered parts, we began the repair by removing the engine from the Q2 and mounting it on the portable, wooden engine stand I made for it as a part of originally building the plane. See picture 2. The crack is located in the case area directly behind the oil filter in the picture. The oil filter hides the lower half of the crack. 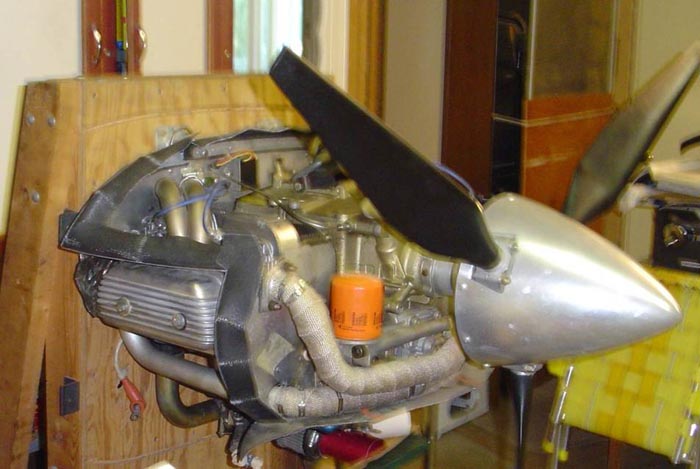 Putting the engine on the stand gave us unimpeded access all around the engine and the capability to place it in any available space in the hangar without having to move the airplanes. With the engine on the stand, we removed the propeller, the shrouding, the exhaust pipes, the carburetor and intake manifold, the heads, pistons and cylinders, the oil cooler, and everything else exterior to the case.

Next, we bolted the right half of the case to a yoke-shaped stand used for VW engine teardown. See picture 3. The yoke we used was fastened to a large square piece of ¾-inch-thick plywood and was loaned to us by a fellow Q2 builder who has a hangar close to ours. The yoke allows the case to be rotated and locked in any position and it really eases the case-splitting job. 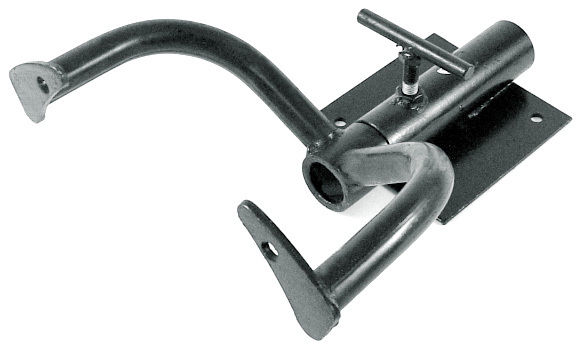 We next removed all of the bolts holding the case halves together and carefully split the case. Then we removed the crankshaft, the cam shaft, the valve lifters, the oil pump, and all the bearing halves. Close inspection of the right case half revealed that the crack extended all the way through the case wall to the inside.

Inspecting all the case interior surfaces, we discovered several small pieces of rubbery, blue silicone RTV and a thin coating of this material on some of the mating surfaces of the case halves. When the engine was originally built the RTV was evidently used as a gasket for the case mating areas and to plug other areas from leaking oil out of the case. When we removed the connecting rods from the crank, we found that small pieces of RTV had gotten into the crank oil passages that fed the large ends of the rods. See pictures 4 and 5. These pieces have been in the oil passages for 20 years and they had to reduce oil flow to the rod bearings. I am not sure this contributed to the case cracking, but it might have. 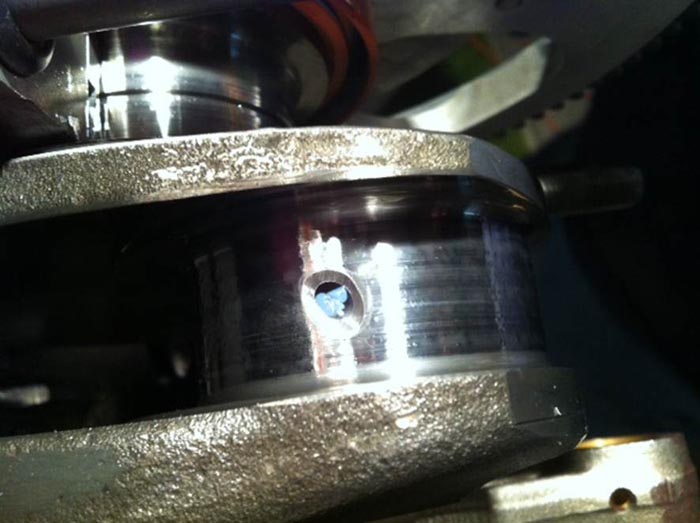 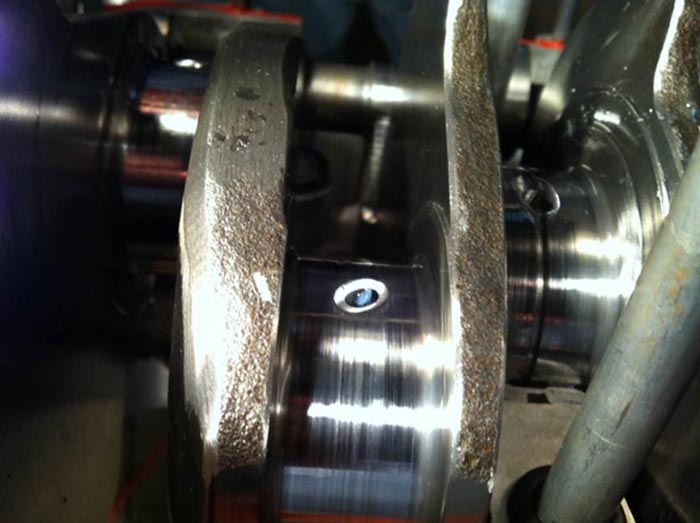 We sprayed kerosene in all the crank oil passages, blew them out with air, and injected fresh oil, but we didn’t find any more RTV pieces. We then inserted the new, large-end rod bearings and replaced the rods on the crank.

Upon receiving the new case from Revmaster, we removed the old case from the yoke stand and bolted the right side of the new case in its place. We then proceeded to mount the crank in the new case half. Unfortunately, the crank didn’t fit. The #3 bearing saddle in the case was too wide to accept the bearing (#3 is the circular bearing to the left of the cam drive gear, see picture 6). We had no way to do the needed machining, so we sent the case back to Revmaster to get it fixed. 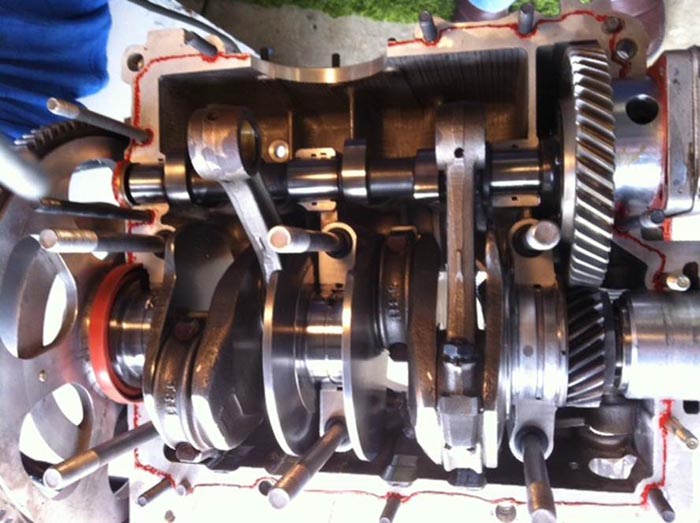 Picture 6: Checking the crank fit in the new case.

Revmaster narrowed the bearing saddle and returned the case in a short length of time and now the crank could be completely seated in the bearings. We then put the left half of the case in place and tightened the nuts down on the 6 main case studs and checked the revolution of the crank. Sadly, the crank turned a partial revolution and stopped. We turned it back the other direction and the result was the same. A close investigation revealed that the rod caps were binding on the case. See picture 7. This was happening on the caps of all 4 rods. 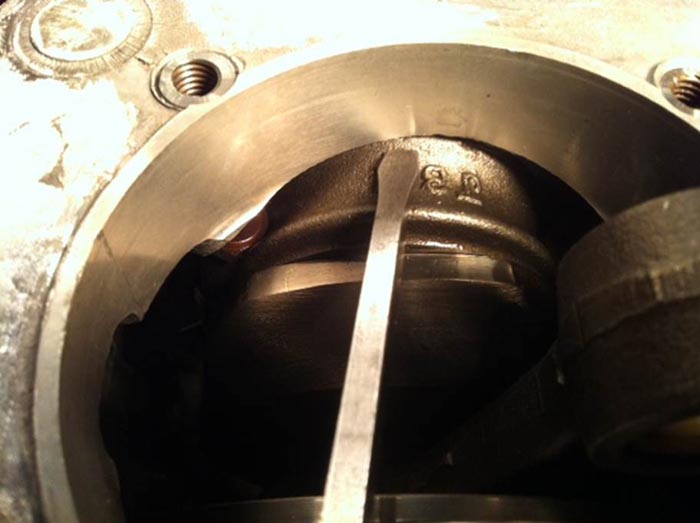 To repair this situation we could either grind down the ridges on the rod caps or grind down the case halves in the areas of interference. Revmaster had already ground down the case halves to provide clearance for their current stroker crank, so we decided to grind it further rather than weakening our rod caps. So, we dismantled the engine and provided more clearance in the offending areas of the case. Revmaster indicated to us that the case clearance was machined for the rod caps currently being used in new engines, which do not have the ridges that our rods have.

With the new case now having the proper clearance, we proceeded to a final installation of the internal parts of the engine. Notice that we used a very thin layer of red, high-temperature RTV to seal the two case halves. See picture 8. We also installed a new oil seal shown to the right of the flywheel in the picture. 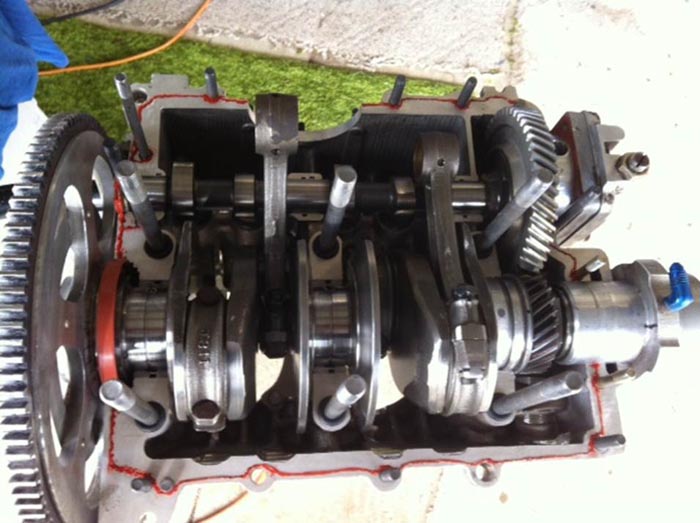 With the new case finally complete, we proceeded to install the pistons and cylinders. See picture 8. Notice a red color where the cylinders join the case. This is red RTV to seal the 60-thousants thick spacer rings we installed to slightly reduce the compression ratio of the engine to better allow the use of auto gas of lower-octane than the expensive, 100-octane, low-lead gas we have been using. 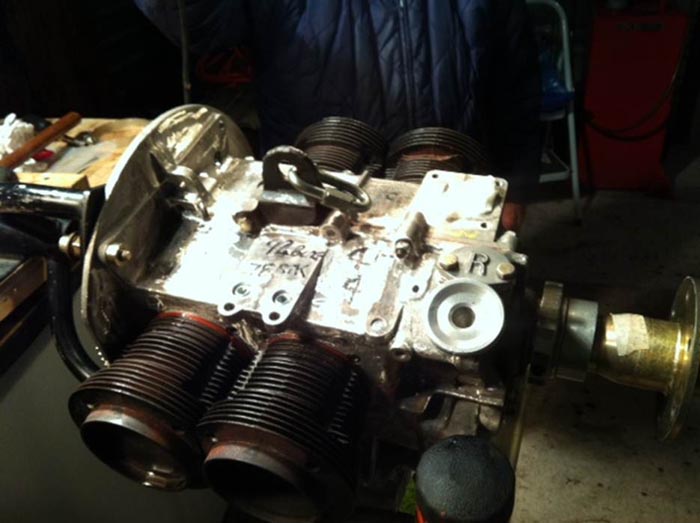 Next, we installed the heads and re-attached the completed engine back to the accessory case on the wooden engine stand. With winter upon us, and not having a heated hangar, we loaded the engine and stand on a pickup truck and moved it to my heated garage where the Q2 was originally built all those years ago. See picture 9. 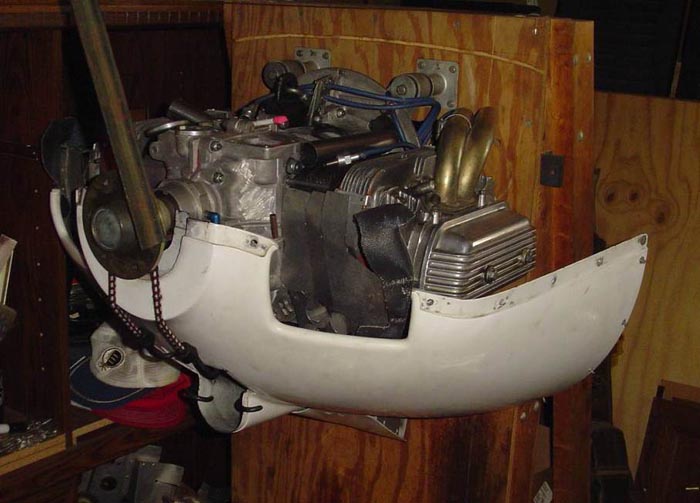 We are now in the process of building a new exhaust system to replace the old, worn-out original system, and the airplane will be flying again in the spring.